It will be heading for iOS, Android and PC in 2021

LINE Games has announced that their working on a multiplayer action game called Smash Legends. The game is set to launch for iOS, Android and PC in 2021 with cross-play support. However, even though that's quite far off, this week they're running a 'Community Group Test' on iOS that will be live until 18th May.

If you'd like to get involved you can sign up over on the game's official website. If you're selected you'll then be invited to join the game through TestFlight, which is a separate app you can download from the App Store.

Smash Legends itself is a 3v3 or 2v2 - depending on which game mode you play – multiplayer affair with each match lasting around 3 minutes. The aim of each game is to knock your opponents off the stage, as you would in a game like Super Smash Bros. The further you launch them across the map, the higher the chance they won't be able to recover.

Unlike Super Smash Bros, however, the game is played out from a 3D perspective. There will be six playable characters to choose from and various modes in the CGT. This includes 3v3 Team Deathmatch and Capture Point, both of which are pretty self-explanatory. 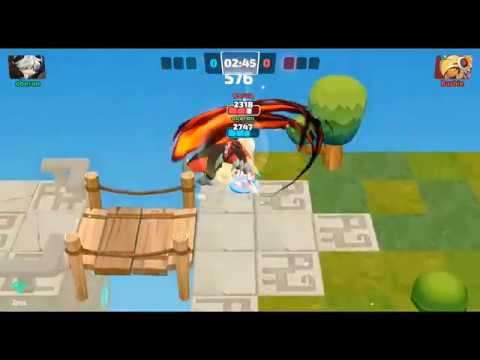 You can check out some gameplay for Smash Legends in the trailer above. As you can see each of the characters have their own abilities that can be used to knock their opponents off the map alongside moves that can help them recover when they're on the receiving end.

Following the Community Group Test, Smash Legends is set to become available on the App Store and Google Play sometime in 2021. There's no mention of the price at the moment, but it will likely be a free-to-play game with in-app purchases.

Looking for new multiplayer games? Here are 25 of the best available for iPad and iPhone