A mix of Doctor Strange and Symbiote Supreme

Marvel Contest of Champions' latest fighter is the magic-user Sorcerer Supreme. Born into poverty on the outskirts of the Nightmare Realm, she eventually found her way to the Temple of Vishanti, where her true potential in the mystic arts was revealed.

She gradually worked her way up the ranks to become one of the Temple's most powerful students. Thanks to her mastery over the Crimson Orbs of the Cosmos and the Book of Vishanti, she was a natural pick to help The Ancient One in a series of deadly tasks.

In combat, she's said to perform like a mix of Doctor Strange and Symbiote Supreme, with her gaining power over time and rotating between her various blessings as the fight progresses. What sets her apart is her ability to control when and how her blessings rotate, adding an extra layer of strategy to her combat style.

Interestingly, she can also store several runes of her current blessing whenever she performs a special attack. This adds little buffs to the next few special attacks she throws out. Sounds like she's a real force to be reckoned with. 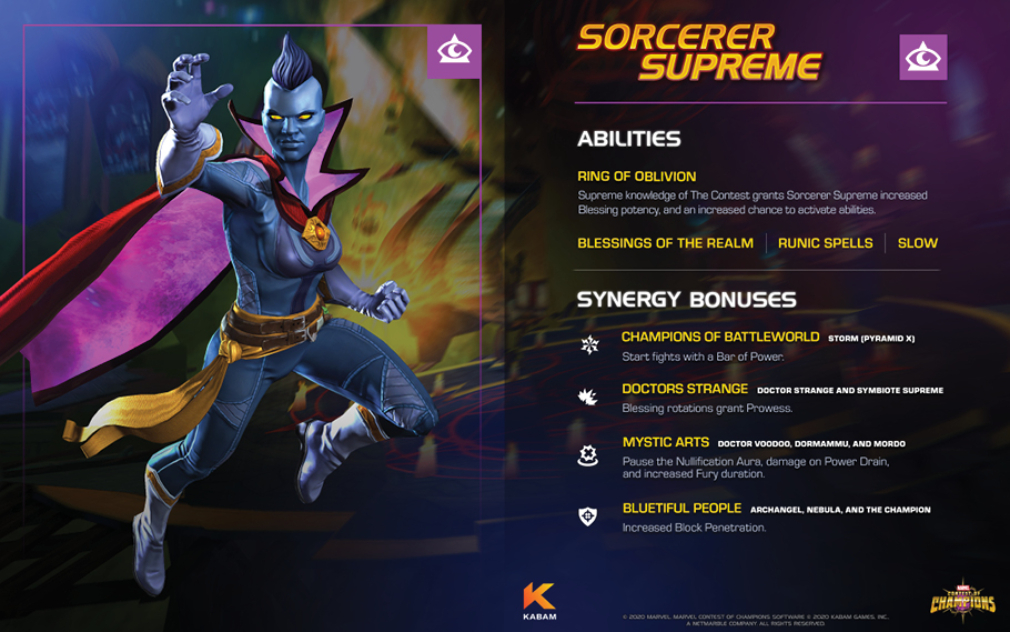 While the arrival of Sorcerer Supreme is neat, the game's biggest addition this week is undoubtedly Incursions. These are essentially an improved version of Dungeons, making a number of welcome changes while adding in extra opportunity for player experimentation.

If you're yet to give it a go, you'll find Marvel Contest of Champions available as a free-to-play title from over on the App Store and Google Play. It's a content-packed fighting game with a sizable player base and some great post-launch support. It should also work pretty well as an intro to the genre.

On the hunt for more quality fighting games? Well, you're in luck! Here are 25 of the best for iPhone and iPad
SEE COMMENTS