Pop your treadmill down anywhere in the real world!

Bashborgs is an endless runner that implements AR functionality so you can play the game in a host of different real-world locations. Though hopefully, at this moment in time that'll be a variety of places around your home and not outside. It's available now for both iOS and Android.

To start the game you'll scan a table, shelf, desk or any flat surface you can find. Once you've done that you'll pop the little treadmill down onto that surface and the little robot fellow will start running. From there you'll have to jump over boxes with smiley faces whilst smashing those look angry.

There will be multiple characters to try out, though I'm not sure if they have different abilities or it's just a cosmetic change. Beyond that, you'll be trying to climb up the leaderboards as high as you can. Good old fashioned score-chasing is the reason you'll be coming back.

Bashborgs then is a simple, straightforward game but that's entirely the intention. Discussing the game Art Babayan, CEO and Founder said: “When we started the project, we thought about how we could take an easy and addictive game like Flappy Bird and create something as simple, but still very fun for everyone in augmented reality.”

He added: “One of the reasons for our transition from HoloLens development is because this ‘pick-up-and-play’ mentality is part of everything we try to do and something that we feel will begin taking over the AR ecosystem as phones become more powerful.” 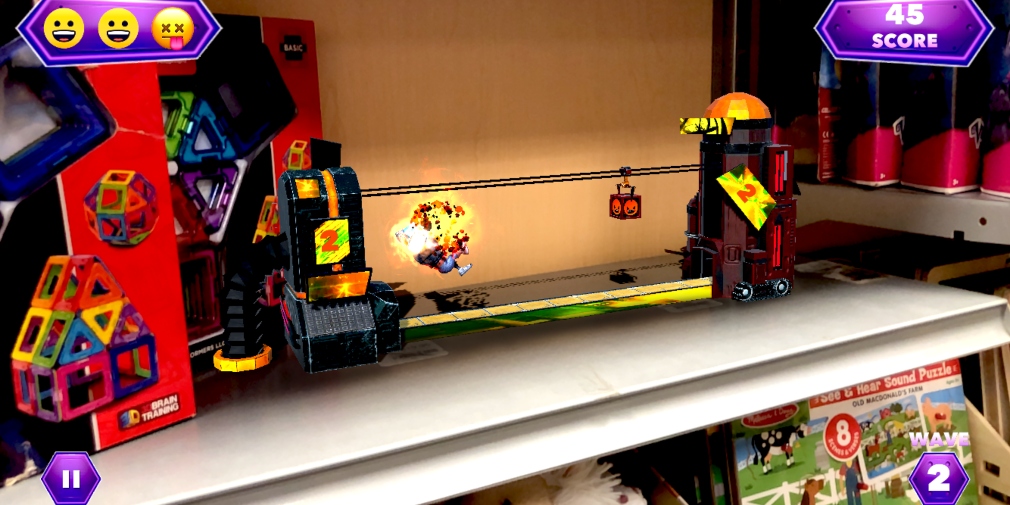 Developers Concept Haus has said that Bashborgs is the first game they're planning to release in a new universe they're creating called Zomborgs. Each of their games going forward will also have augmented reality implementation as they look to build a name for themselves in that corner of the mobile gaming market.

Bashborgs is available now over on the App Store and Google Play. It's a free-to-play game with in-app purchases.

Enjoy auto-runners? Here are 25 of the best available for iOS
SEE COMMENTS