But is it any good?

Mask Up is an indie roguelike whose strange sense of style and escalating weirdness may be its biggest draws. It comes to us from developer Rouli, and it's available right now for Android.

You'll start out controlling a slug-like creature made of a gooey yellow/orange substance that it constantly leaks everywhere. You can move left or right, jump, and attack using a combination of holds and taps.

Doing each of these causes you to lose some all-important goo, though you'll thankfully be able to replenish your supply by taking down enemies or finding little chests of the unknown substance lying around the randomly generated levels. 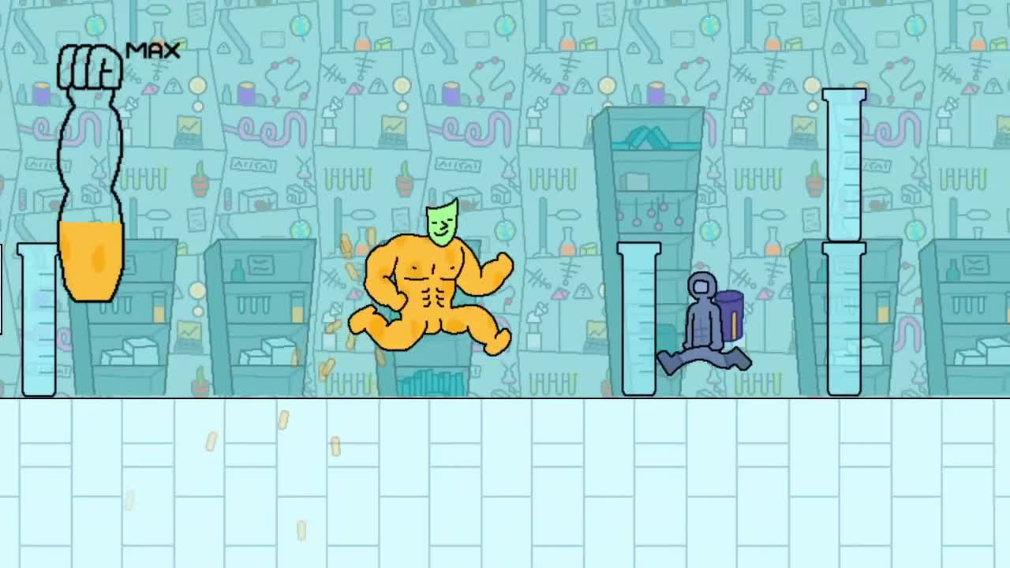 If you happen to collect enough goo without wasting your supply or getting hit, you'll eventually evolve into your next form. The first time I went from a slug to a wobbly, slightly creepy humanoid was cause for both celebration and concern. What would this thing turn into next? Do I even want to know?

And yes, you should, as the next level up from Morph is a ripped bodybuilder goo fit with an effectively off-putting bulge.

It's just… weird – in the best possible way! Despite myself, I've quite enjoyed seeing where it goes and unlocking the various forms. With it being a roguelike, death sends you right back to the start of the game without any of your lovely goo (or is it just especially thick juice?).

Each run tends to be fairly brief, meaning that you're never losing a great deal of progress. In fact, I'm not even sure most people would agree that this one's a roguelike at all, even though it ticks several of the typical boxes. But I don't care to label it, I'm more fussed about whether Mask Up is any fun – and it is.

If you're searching for something a little out of the ordinary, you'll find it available for download now as a free-to-play title from Google Play.

On the hunt for some top-tier roguelikes for mobile? Here are five of the best