An iOS version will be released later this year

Wild Frontier is a Western-themed RTS from 37Games that's due to be released tomorrow, on the 3rd March. It will be available for Android devices and you can pre-register for the game now if you'd like. The game has proven to be popular during its various early access periods and pre-registration campaign, reportedly racking up 1 million in the latter.

The game takes place in the United States during the late 19th Century where you'll become the mayor of a newly found town. It'll be your job to lead a group of settlers, helping them to survive and make their own way in the West. As the mayor of the town, you'll also need to construct new buildings that will provide resources and protection for the townsfolk.

It's a strategy game that plays out in real-time where you'll be able to either forge alliances or wage wars against other NPCs and players. You'll be able to hire gunslinging heroes that will each bring their own unique set of skills to a gunfight.

Winning these shoot-outs will allow you to gain more territory as you attempt to further expand your empire. There will be several mission types to undertake as well such as destroying bandit hideouts or sending out riders to collect resources for nearby mines. 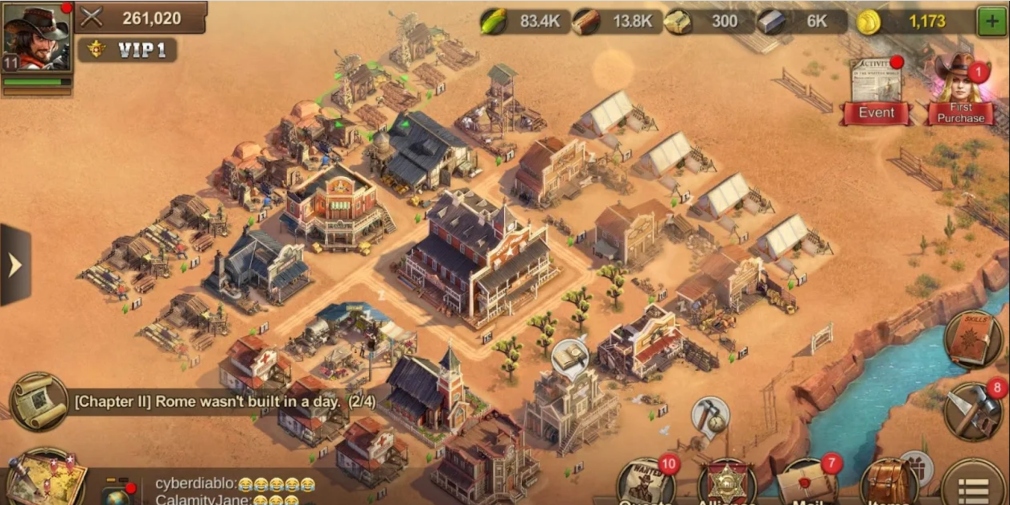 You'll also be able to team up with your allies when carrying out these missions. To make things easier the game will support a variety of group, alliance and voice chats so you can communicate with your friends to organise tackling the numerous missions.

Wild Frontier is available to pre-register now over on Google Play ahead of its release on 3rd March. Meanwhile, an iOS launch is expected to arrive sometime later this year. It will be a free-to-play game with in-app purchases.

Enjoy strategy games? Here are 25 of the best available on Android