Pokémon GO's Battle League update is one of the most significant to ever come to the game. This changes things far more than a simple Pokémon roster update and is the best update the game has received since the gym overhaul we saw years ago.

The Battle League allows you to, finally, fight against other trainers online, and rank up in a competitive system. Finally, those strong Pokémon you've been training for almost four years are ready to battle! 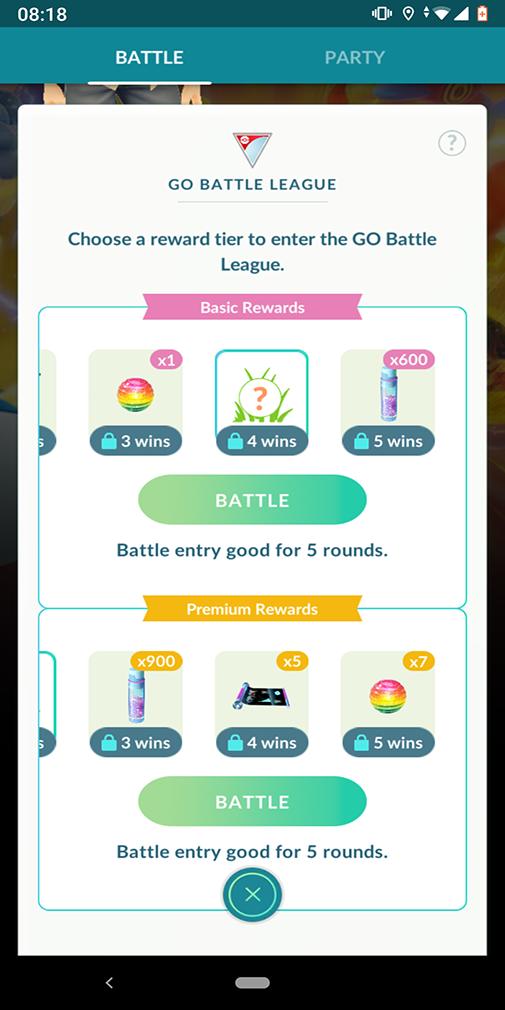 You can take a team of three Pokémon into battle, with their max CP being 1500, 2500, or unlimited, depending on which league you're entering into. As of right now, the active league depends on when you log on.

If you want to get the advice you need on battling and which Pokémon to choose, we've got tips for that…

Now the big question is whether to choose between the free-to-enter Basic League, or the Premium Battle Pass-requiring Premium League. It might sound like the Premium League isn't worth the cost, but I think it is, and here's why…

Right, here's big thing. The Basic Rewards allow you to battle completely free, and you can slay some opponents and come away with a bunch of free stuff for each win you get out of five.

There are a big variety of rewards, including…

The random items are especially good for Pokémon collectors, as it includes evolutionary items such as Sinnoh Stones.

You get the same rewards in the Premium Rewards, but you will get access to the better rewards earlier on, meaning that you'll come away satisfied, even with only a few wins, as opposed to all five. Worthwhile? It's hard to say, but in my opinion, if you're unsure of victory but want good loot, it's a good way to go, assuming you have a Battle Pass spare.

We've already mentioned Sinnoh Stones, and they are a great reason to throw a Premium Battle Pass into the mix.

You are much more likely to get a Sinnoh Stone after just a single victory, and if you have Sinnoh-shaped holes in your Pokédex, this will help a lot.

You will also get Pokémon encounters as a reward, and luckily, these encounters will often be for uncommon Pokémon that you might not have collected or evolved yet. You will have access to a bigger variety of encounters as you rank up. These include…

Ranking up is a great way to test your Pokémon training skills outside of attacking and defending gyms, and will make you feel like a champion upon every single win.

This is where the elite Pokémon trainers will be gathering, and you will be trying to raise your rank in order to get access to more of those aforementioned Pokémon, and rarer rewards.

It will be difficult to rank up quickly, and as such, it might be worth saving your Premium Battle Passes until you've achieved at least rank 4, if not 7.

You might find battles tough. What you need is a solid team, to go into your Pokémon storage, and level up the CP of that team until just before it goes too high to be viable in whatever league you're battling in.

You can also practice your battling skills against the gym leaders. These are hidden away right at the bottom of the Battle menu.

Practicing your skills here will definitely make you much better at battling real trainers, in addition to building a well-rounded and strong team.