And you can join the Testflight now

Tennis Stars: Ultimate Clash is an upcoming multiplayer tennis game for iOS. It's been developed by Spiel Studios who are hoping to create a fun and easy to play experience. It's set to release on 20th February but you can sign up to be part of the Testflight beta now.

The controls are intended to be very simple, only requiring the use of a thumb to swipe in the direction you want to play your shot. And that's it really, movement around the court is handled by the game itself, you just have to make sure your timing and aim is spot on. The game also promises instant matchmaking with zero lag, which if true is naturally a huge plus for Tennis Stars.

It will feature a simplified set of tennis rules. Players will battle it out to be the first to earn 5 points, alternating who serves until there's a winner. Emerging victorious will earn you a set amount of points within the league you're currently competing and earning enough of them will let you progress into the bigger leagues where you'll presumably find tougher opponents and better prizes.

Winning games will also earn you sports bags that contain cards. These could include new characters to play as, cards that increase your stats or power-ups that can be equipped before heading into a match. 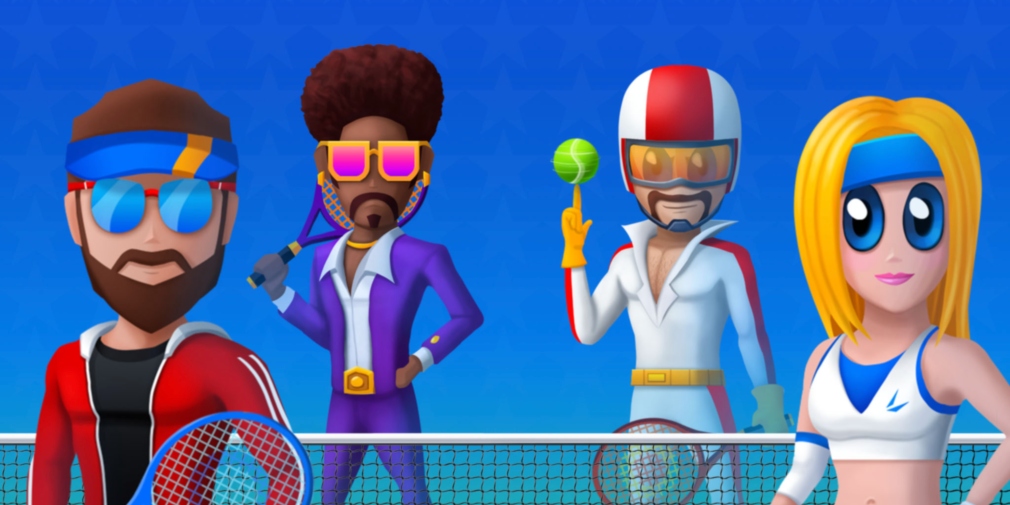 These power-ups might be an energy drink for increased stamina or a special ball-shaped target that you'll instantly win the point by hitting.

Tennis Stars: Ultimate Clash is available to pre-order now over on the App Store ahead of its official release on 20th February. If you'd like to serve and volley your way in now though, you can sign up to be part of the Testflight beta.

Big fan of sports games? Here are 25 of the best on iOS
SEE COMMENTS