How will life be after Boris Johnson pulls us out of the union?

Brexit is coming very soon. That's all we British bozos have been hearing for several years now. Brexit on TV, Brexit in the newspapers, and now even Brexit in our videogames. There's no avoiding it, and after Boris Johnson won last month's election to secure his place as Prime Minister, it seems there's no avoiding what could be a fairly catastrophic end. Or, y'know, a miracle could happen and it could go really well, we'll see.

With Brexit being the big hot topic, it shouldn't surprise anyone to find out that a Brexit game is launching on January 31st 2020, the same day of our big Brexit celebration. I'll have you know that recently our government has asked citizens to bung a bob for Big Ben's bong as part of the Brexit celebrations. Yes, we are a parody of ourselves.

Not Tonight: Take Back Control Edition is a game set in the post-Brexit United Kingdom, and for British citizens at least, it offers a fairly optimistic outlook on what's to come. The Pound Sterling will slump of course, and Scotland will go independent, and any European workers will find themselves being treated like second-class citizens, but honestly, that's not too far removed from the country we're looking at right now. Honestly, I thought things would be worse.

Old York, where there's nothing you can't do 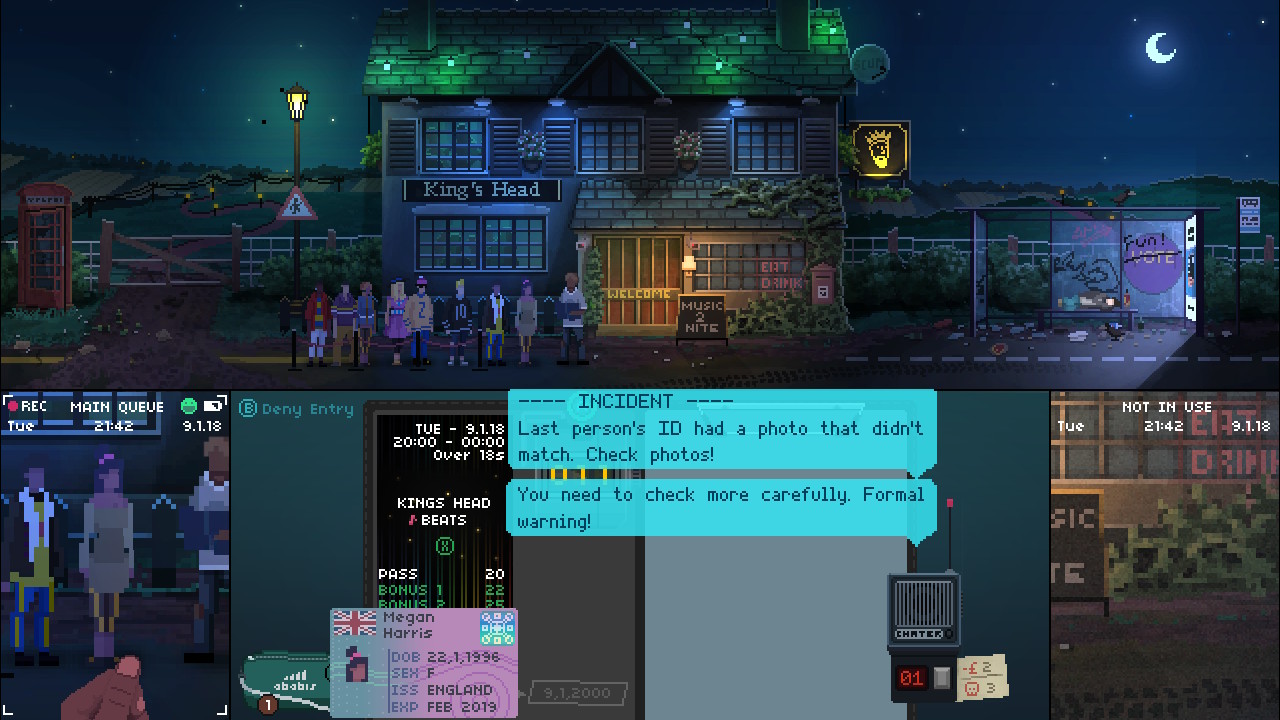 In Not Tonight you play as a fresh-off-the-boat EU migrant looking for work and hoping to be treated with some respect. Well, you'll get the work, but respect is another question entirely. You find yourself in a Relocation Block, essentially a block of council flats but purpose-built for EU migrants. The conditions are dank, and not in the "dank memes" kind of way. Leaky pipes, cracks in the ceiling, a window covered with newspaper, cameras in the hallway, and much more.

In this environment, having someone knock on your door for a friendly hello is terrifying. You don't know whether it'll be a neighbour trying to be nice (unlikely - it's every man for himself in this hostile atmosphere) or a government official keeping watch on you. The government officials will be regulars, assuring that you're integrating into society and spending/earning money. You'll be kicked out of the country if you're not earning enough money to be worthwhile, and you'll also be kicked out of the country if you're not buying products from the government-mandated app where you can buy clothing. After all, the only reason to have migrants in Britain is if they're contributing to the economy.

You'll be working as a Bouncer more often than not, because it's simple, low-skill work that needs to be done. As far as I'm aware you actually need a license to be a bouncer in the UK, but I won't question it for now, after all, I need work. Things play out like Papers, Please, where you'll be working the door, asking for ID, and crossreferencing information to let people in. All you really need to focus on at first are the dates of birth of people to make sure they're 18 or older, but eventually, you'll need to watch out for expired IDs, incorrect photographs, no holographic stamp, black and white flags…

Things start to build up, and to be perfectly honest, it dances the line between the good kind of challenging and the bad kind of frustrating. But that might be exactly what it's like to be an EU citizen in the UK post-Brexit. As much as you like the country, it might just become too frustrating to remain. 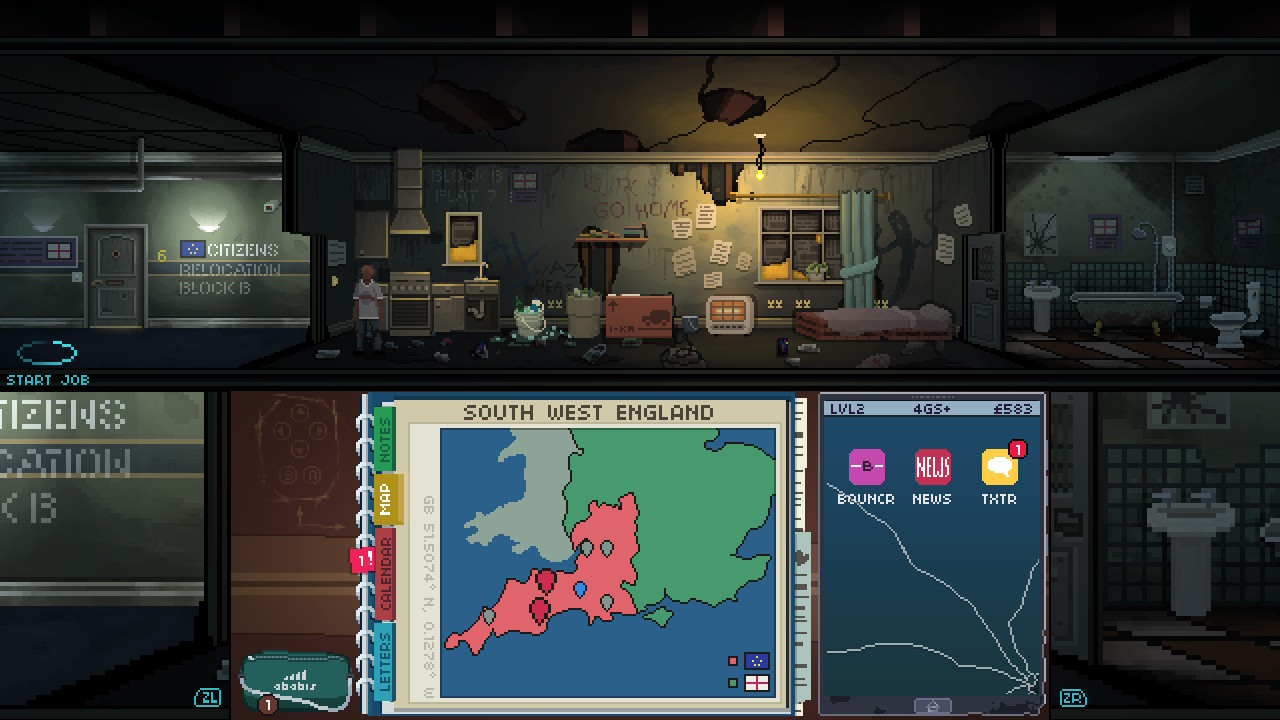 Britain in the game is, disappointingly, very familiar to the Britain I know. A pub called The King's Head, an arsey owner named Dave (no one say a thing), people dehumanising migrants by calling them "Euros," news updates on your phone which spout nothing but nationalist propaganda… Yeah, that's the UK I know, alright. Which leaves me with one question. Why would anyone want to stay?

As of right now, I'm writing this from the Netherlands, after spending a period of time in Croatia over the New Year period. It's been lovely to get away from home, and throughout everything, I just have to wonder, why would anyone wish to go to the UK? The fact is, EU countries have everything the UK has and more. The food is often better, transport is definitely more convenient and cheaper, and the weather? Don't get me started.

Life in the UK in Not Tonight is being exaggerated, for the time being, though it certainly isn't unimaginable that things could get to that point. And at that point, why would anyone bother? Even as a British citizen, I'm sick of it, why would an EU migrant jump through the hoops to get there? It's unimaginable to me.

My main takeaway after playing a bunch of Not Tonight is that if it isn't already too much effort to live in the United Kingdom, it soon will be, and we will see how long both the unity and monarchy of that United Kingdom lasts. Not Tonight seems to believe that it won't be long until everything falls apart, and given the push for independence in Scotland, EU division in Ireland, and alleged sex offenders in the royal family, all the signs are there.

Ultimate Reality is a dimension hopping, side-scrolling beat 'em up heading for Android later this year