Plus, sign up now to receive the latest updates on the incoming Sorceress class

Today's content update for Pearl Abyss' Black Desert Mobile adds an all-new World Boss for high-level players to tackle. Karanda is the Queen of the Harpies, who "flies towards the sky and attacks everything around her". Not so friendly, then.

She makes use of her unparalleled speed and crushing strength to protect her fellow harpies and decimate her foes. Karanda can often be found flying through the air, lobbing devastating ranged attacks at any adventurers daft enough to get in her way. For sure, you'll have to think tactically and adapt to her combat style if you're to survive the fight.

Thankfully, you won't be battling her alone, as the World Boss is a collaborative mode in which you can team up with others to overcome the seemingly insurmountable challenge posed by these epic creatures. It's definitely worth the hassle for all the great rewards you can earn, which include weapons, accessories, and Black Stones.

Each World Boss has its own level requirements that you'll have to meet before taking them on. To fight Karanda, you're going to need to be above level 50 and have access to the area where she spawns.

As an added bonus, you now have the option to sign up to receive the latest info on the Sorceress character class. Doing so will also net you a handful of helpful in-game items to use on your adventures. 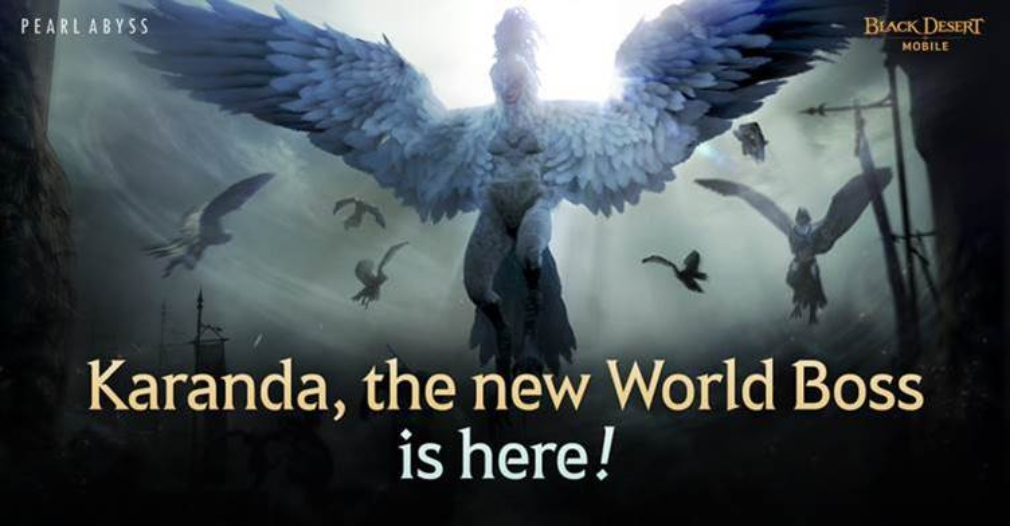 We previously covered the game's large-scale PvP mode, Node War. Its pre-season period is now at an end, and the start of its first regular season marks the mode as a permanent and exciting new feature.

If you're just starting out in the world of Black Desert Mobile, you may want to see what we made of each of its current five character classes. The game is available for free from both the App Store and Google Play.

Teamfight Tactics, Riot's popular autochess title, will be heading for iOS and Android in mid-March