Square Enix is set to team up with developers GAEA and JSC (Joyful Space of Creation) for a mobile MMORPG based in the world of Final Fantasy XV. As first reported by MMO Culture, an official press release went out earlier today announcing the in-development title and giving some brief info on what to expect from it.

First off, it's reportedly being made in Unreal Engine 4. Story-wise, it's a retelling of Noctis, Ignis, Gladiolus, and Prompto's road-trip adventure from the 2016 RPG. You can expect fresh missions to undertake and areas to explore, such as the Great Pagoda and "continents floating in the skies".

With it being an MMO first and foremost, you should obviously expect it to be quite different to the single-player FF XV and its subsequent Pocket Edition. Harry reviewed the impressive Pocket Edition at launch, saying "in many ways it's a spectacular achievement – everything it sets out to do it does brilliantly, and you could make a case for it being the best FF game on mobile".

According to Enduins, the game will pull elements from Final Fantasy XV Royal Edition, which included the post-launch DLC/story packs. In the same piece, Park Ji-young, CEO of JSC, is quoted as having said, "Final Fantasy XV mobile has an immersive story, attractive characters, and a JRPG-specific feels. We are doing our best to implement it". 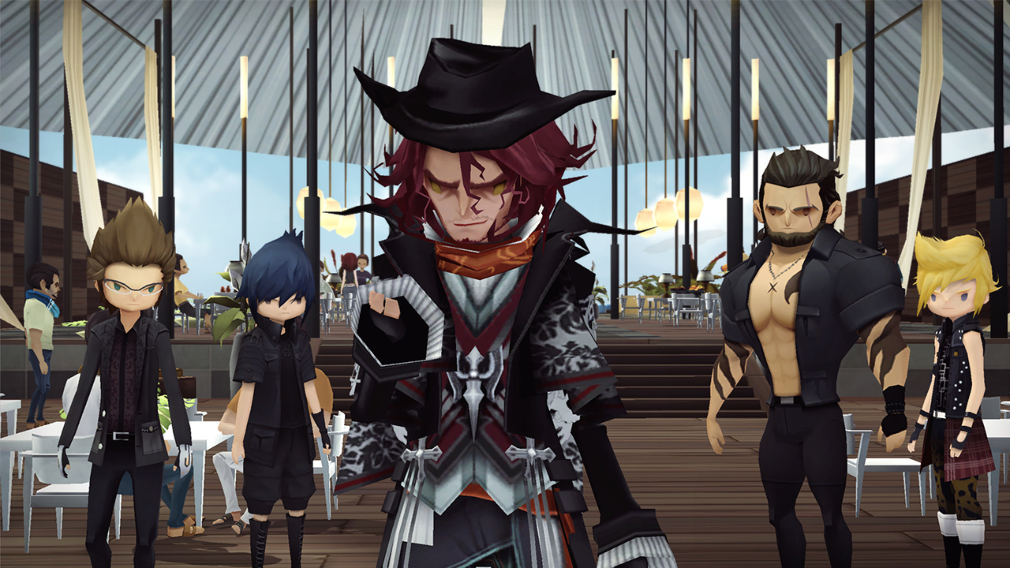 We know that it's set to launch in China first, though a global launch is planned for a later date. The first trailer is said to arrive at some point during the first half of the year. This sounds both interesting and more than a little strange. But, then again, I also thought Pocket Edition was a weird move, and that turned out to be pretty decent.