Give Pokémon Sword and Shield another year of development

I love the Pokémon series, and each time a new mainline game launches it is a reason to celebrate. A new Pokémon generation - or even a remake - is a joyous moment, bringing new Pokémon into the world, new memes, and a whole new place to explore and discover. It's wonderful. But they've got to slow down. The last time we went a calendar year without a mainline Pokémon game developed by Game Freak, remake, sequel, or otherwise, was 2011. After 8 years of graft, it's clear that the team should've been given an extra year to develop their latest title.

Pokémon Sword and Pokémon Shield are just days away from launch at this point and its fair for people to have their reservations regarding the new games, which have been rife with mixed coverage regarding content, graphics, features, and more. It's odd because frankly, this is easily the most divided the Pokémon community has been about a new game release in years - perhaps ever.

I don't think that's Game Freak's fault. I think it's their own schedule - perhaps exacerbated by Nintendo as a publisher - which is leading them to this point, where many fans are unhappy about the state of the series. In fairness, Sword and Shield aren't out yet, I haven't played them outside of a brief demo months ago, and all of these concerns could blow over entirely upon release. But I don't think they will. 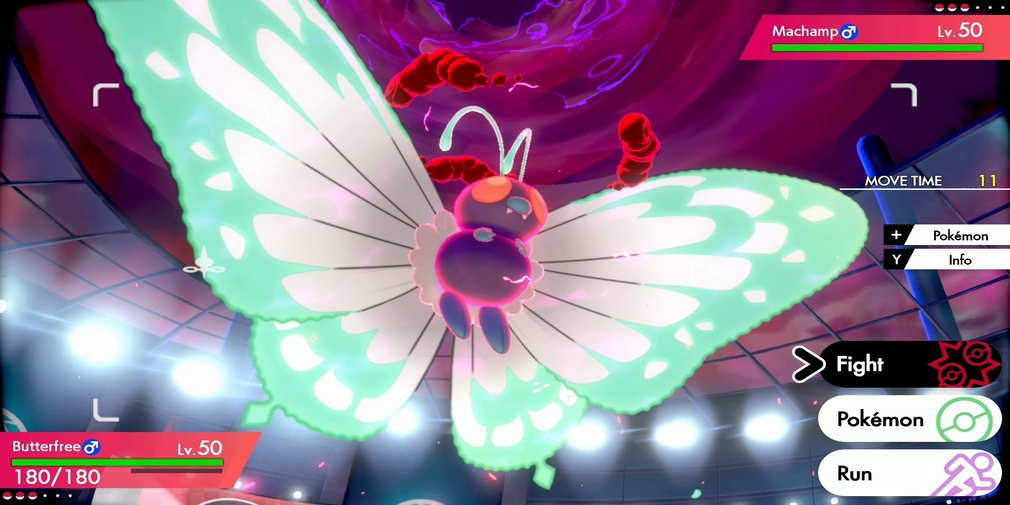 Game Freak employs around 150 people - and that is a low number for a development studio with such a popular and profitable franchise like Pokémon, keeping in mind Pokémon is one of the highest-grossing media franchises in the world. I certainly don't think that Game Freak should haphazardly increase their numbers, quality over quantity after all, but when these teams are divided between Pokémon, and their own projects like the recently released (and fairly poorly received) Little Town Hero, it's easy to imagine the team being overwhelmed.

Not to mention that each Pokémon generation that releases brings its own challenges. Yes, the cast of Pokémon is huge, and bringing over every single insignificant Pokémon to each of the new games is a huge task. It was difficult enough when they had to draw and animate sprites for each, but now they require HD models, balance changes to suit the meta, and much more. It's entirely understandable that Game Freak would want to cut down the numbers somewhat.

But that's exactly what the community hated. The news that Sword and Shield would not include the entire roster of Pokémon left many fans livid, and recent leaks which unveiled exactly which Pokémon were included and missing didn't help. Heck, the list of missing Pokémon was far larger than even I expected, and I was feeling fairly indifferent about the news at first.

Not to mention that staff at Game Freak and The Pokémon Company have both already stressed that development for Nintendo Switch was more difficult than they had anticipated, and if past leaks from sites such as Eurogamer are to be believed (I think so) then the team were working on HD models of their entire cast of Pokémon, but something went wrong, leaving much of their work unusable. Thus, the limited roster we have in the latest games.

And I get it. This is the first time a full Pokémon roster hasn't been available in a mainline game, the first time since the release of Pokémon Ruby, Sapphire, Emerald in generation 3 that fans won't be able to bring over their team from the previous generations. If you've been with your favorite Pokémon since then, that's a little upsetting. But not even the only problem. 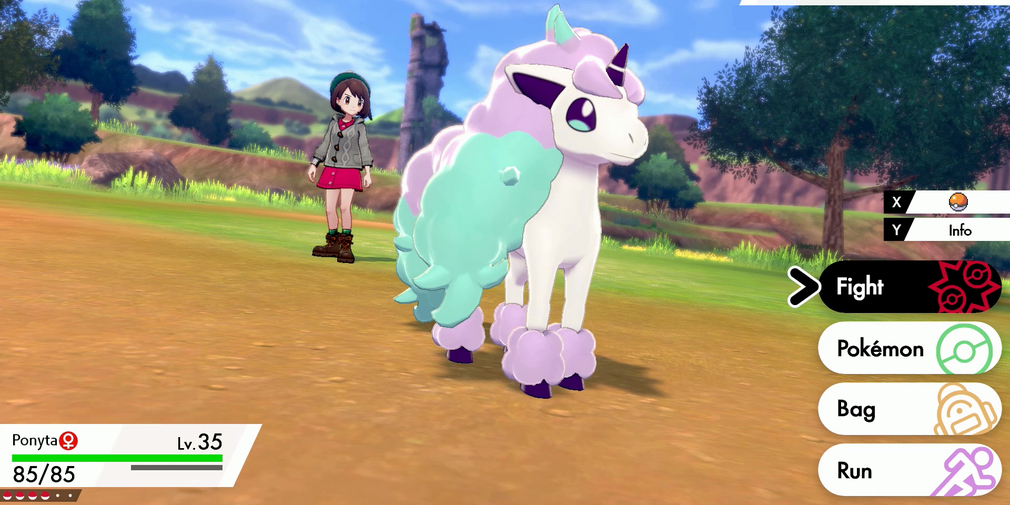 All about the graphics

I want to be as fair as possible to Game Freak here. I love the Pokémon franchise, I've loved many of the games, and I think Game Freak does a great job. But they are not technical masters. For me, the visuals in Pokémon games have been a bit underwhelming since Generation 3. I thought the Game Boy Advance would bring more of a revelation in visual fidelity than it did. Then the DS games released, eschewing 3D for more detailed sprites. Finally, on 3DS the games made the shift to full 3D, but even then had fixed camera angles and felt rigid, and battles saw significant framerate and performance drops.

With Pokémon Let's Go Eevee and Pikachu on Nintendo Switch, things have leveled out a bit, although with very occasional performance drops and a somewhat underwhelming level of graphical fidelity all around. My point is, Game Freak makes good Pokémon games, but they're not up to making a graphical showcase, and that became pretty clear when people started mocking textures in the latest title.

Again, in fairness, this is going to be by far the biggest and most open game that Game Freak has ever developed. This is a big challenge for the team, and if the textures on tree bark look a bit rubbish, it's a small price to pay for one of the biggest open areas we've ever seen in a Pokémon game. The same goes for any possible performance dips along the way. Minor framerate inconsistencies are trivial in reality. But the people expecting the first mainline console Pokémon title to look like one of those absurd Unreal Engine open-world renders are crazy.

I'm not saying all of this to hate on my beloved Game Freak, just to share some understanding. They could definitely benefit from hiring a few expert developers that can help optimize their games. 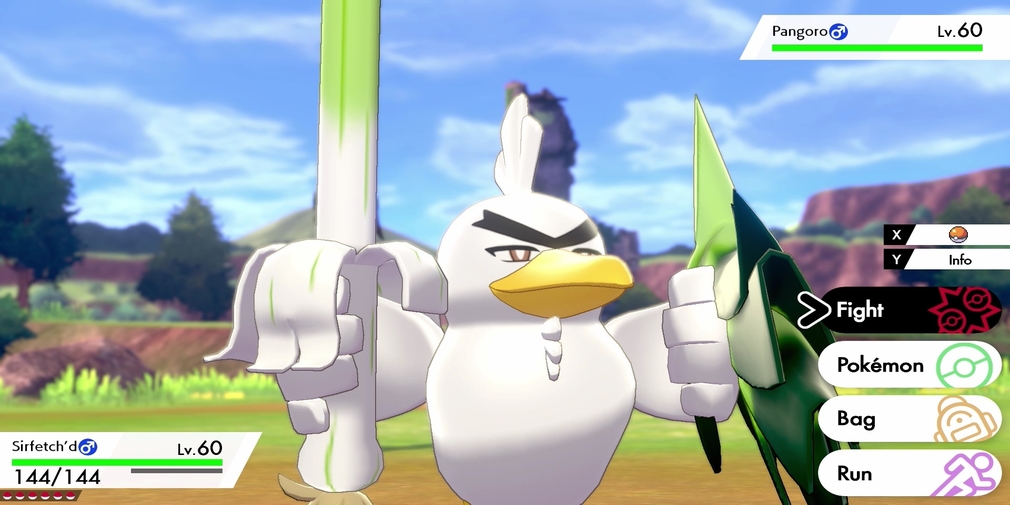 So what is the solution?

Long story short, Pokémon should not be an annual franchise. Sword and Shield deserved another year of development, Game Freak deserved the time to iron out the kinks. Recent rumors from inside Game Freak that speak of low morale ahead of Sword and Shield's release are heartbreaking, because I have no doubt that the team has done the very best they can, and in the timeframe given, it wasn't enough.

Pokémon should be given a two-year timer - at least. Give the developers the appropriate amount of time to iron out the kinks and make the game they want to make. In the meantime, just throw out more Pokémon spin-offs. There have been some truly grand titles, like Pokémon Colosseum and Pokémon XD, Pokémon Conquest, and there could be more in the future.

Heck, I know this is crazy, but I'm not even against the idea of a Pokémon Warriors game made by Omega Force, since that team is so intent of churning out crossovers. Get it done.