What does Pokemon Day even mean?

It's now been 24 years since Pokemon Red and Pokemon Green first released in Japan. Over here in the UK (wotcha, you alright?) we had to wait a further three years before we got it - but let's not let awkward localization differences ruin a good story.

That's right, it's been almost a quarter of a decade since people first watched that monochrome Nidorino dash into a Gengar - something that I should add isn't possible because Normal and Ghost types are immune to damage from one-another. 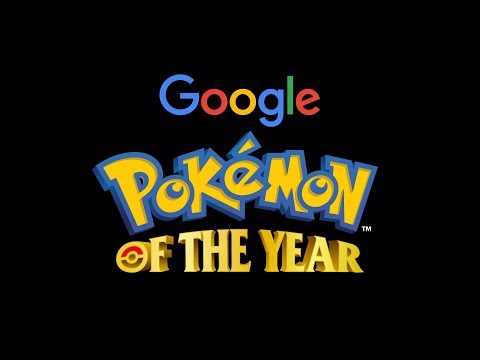 For all of its good intention as a day for the Pokemon brand to celebrate its birthday, it has primarily become a marketing milestone where news, updates and announcements can ride the elevated interest in the brand.

For example, today we published news about a Pokemon Masters update which adds new story chapters, new evolutions and more, as well as details on the new Battle Villa content which launches tomorrow.

That's not to say that we can't make something of it, in the least we've been around for a good chunk of Pokemon's lifespan - our 800+ articles on Pokemon games can attest to that. So we've had a chat with our long-serving Pokemon specialist, imaginary correspondent Michael Michaelson, to discuss some of the festivities.

Hello, hello. Yes, I set my alarm for quarter to midnight yesterday and have been around for all of the day so far. It might(yena) just look like a soggy winter day to you, but I've been bounding about in a Pokemon-induced joy and there're millions of others joining in too.

PG: I see, that sounds fantastic Micheal. So, I take it that you're celebrating with a group of people? You said that there're millions of people celebrating - it must be quite the scene.

Well, I've just spent the day at home really, most of it is going on through Twitter, and they've had some sales on too. But you can really feel the (electra)buzz in the air - a real sense of community and together-ness.

PG: I see, so there's been a lot of community engagement on social media platforms?

Yes, both the Facebook and Twitter channels of the brand have been swell(ow)ing with activity. Lots of cute stuff, and of course there was the update to Pokemon Masters. Oh, and there was also the announcing of the new Legendary for Pokemon Sword and Shield - Zarude, the Rogue Monkey Pokemon.

Soggy winter marketing ploy or not, Nintendo has certainly thrown their weight behind the celebrations - and, hey, if Hallmark can make up holidays then surely other people can too

With that said, don't forget that it's our birthday - Pocket Gamer Day - on March 10th; although don't expect us to announce a new nightmare-owl monkey hybrid Pokemon for it.