Catch the Galarian Legendary birds in Pokémon Sword and Shield with this guide!

The Crown Tundra has a lot of new areas to explore and Pokémon to catch, but this expansion will have you travelling all over Galar in order to catch the brand new Galarian forms of the Legendary Birds, Articuno, Zapdos, and Moltres. 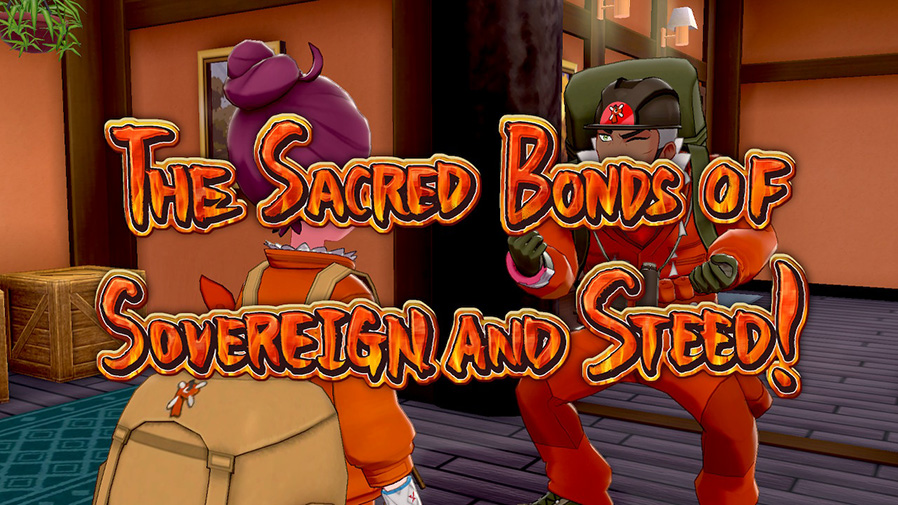 In this guide we'll be explaining where to find and how to catch each of the legendary birds - but these aren't the only legendaries in The Crown Tundra. Make sure to check out our other guides for more on catching Calyrex and the Legendary Giants.

Just look below for everything you need to know to catch the Legendary Birds in The Crown Tundra. 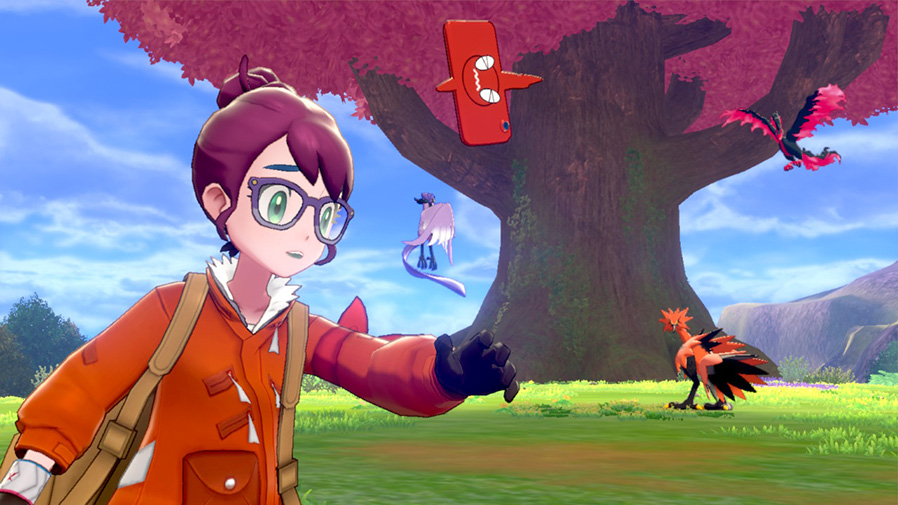 To initially find the Legendary Birds in The Crown Tundra you'll need to head to a giant tree to the South of the map, once you discover it you'll be able to witness the initial cutscene. The tree is South of the Old Cemetary. From Freezington just continue to head South, and stick to the Southern-most wall while moving to the left. Eventually you'll ride your bike over rivers and you'll see the giant tree in the distance.

Once in the same area as the tree, get in front of it either via the cave to the left or ride into the moat surrounding the tree and find the path up. There's an awesome cutscene when the birds first show up, and then they'll run very far away…

Catch all of the birds using a similar method - attempt to afflict a status affect such as Sleep or Paralysis, and then weaken their HP into the red, before throwing as many Ultra Balls as possible. Quick Balls also work well if you can disable and weaken them in the first few turns of the encounter. 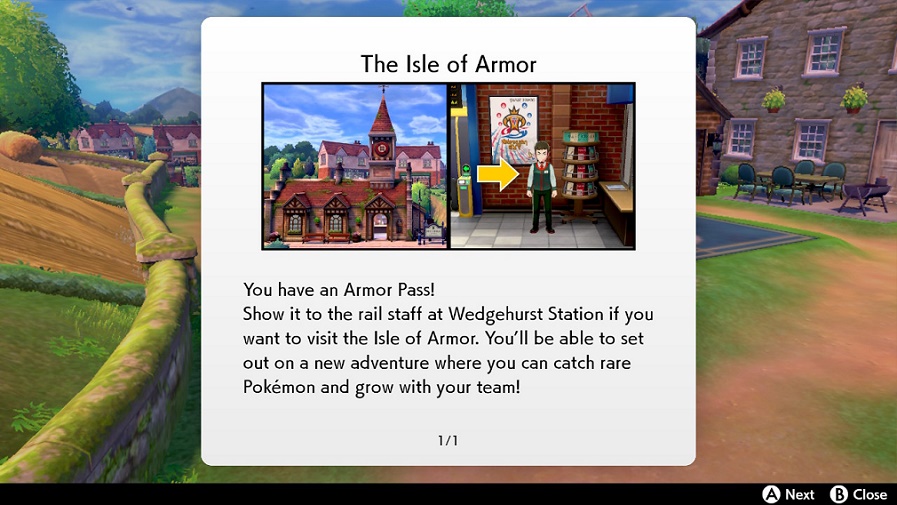 Articuno can be found in the Crown Tundra. From Freezington exit the town to the Southwest, and hug the Western wall while moving down. You should see Articuno in a clearing.

Articuno will spawn clones and start flying across the Crown Tundra, eventually moving far to the North, close to the Crown Shrine. Follow it and watch its clones as it moves.

The clone with the unique animation is the one you want - keep an eye on it and then rush into it to begin the encounter. 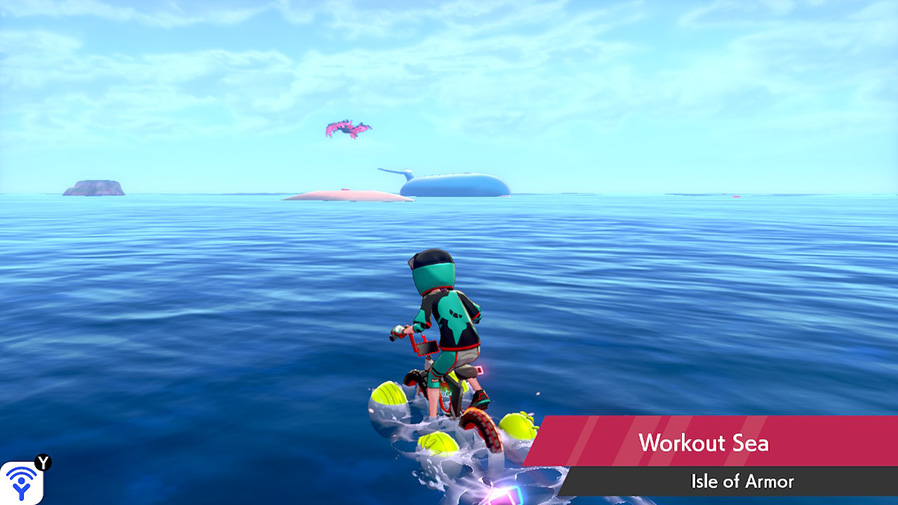 Moltres will be lurking on the Isle of Armor - fast travel to the train station, and you should see Moltres outside almost immediately. It'll begin quickly flying away over the sea, and chasing it will just be far too slow.

Instead of giving chase, watch Moltres from just in front of the Dojo near the train station. Moltres will soon circle back towards the Dojo, and if you're in the way of it's path, it will begin the encounter with you.

Make sure to stock up on Ultra Balls and save your game often while going for these Legendary Pokémon! 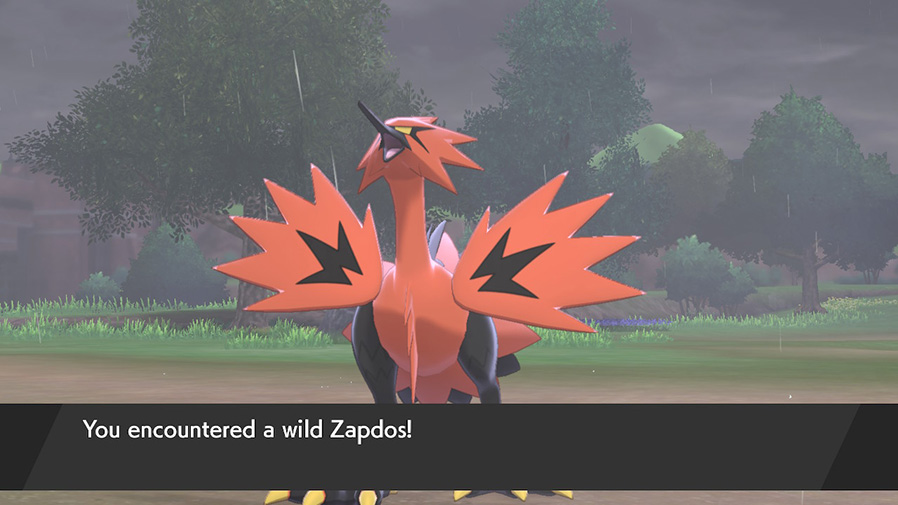 Zapdos is hiding in the main Wild Area of Galar, and will require a straight-up chase to catch. Galarian Zapdos doesn't fly, but moves incredibly quickly.

You'll see Zapdos just hanging out near the very first Wild Area entrance - the Southernmost point - just to the left of where you enter the Wild Area. You can give chase immediately, but might find yourself outrun.

To chase down Zapdos you will need to analyse the path it takes around the Wild Area, and identify where you can catch up to it. You just need to run straight into Zapdos to begin the encounter, and you'll be able to achieve it with enough tenacity. 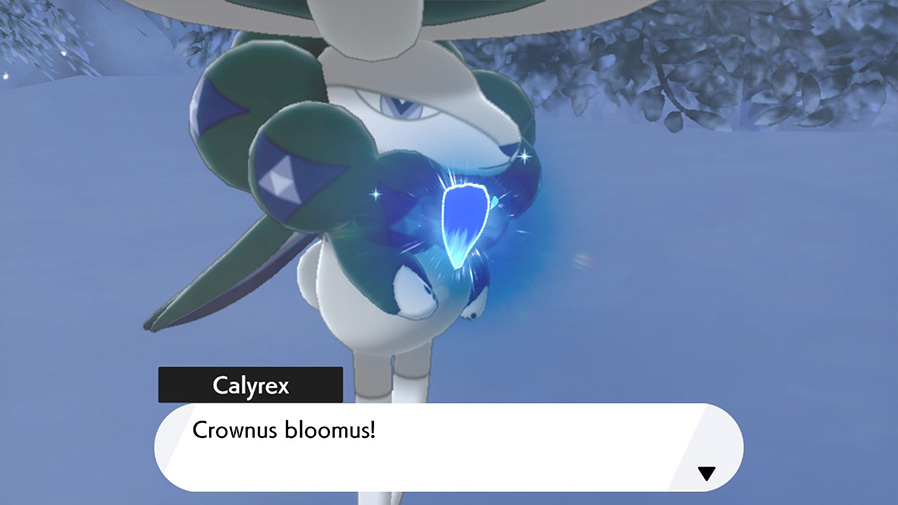 We all know that Pokémon have shiny forms, but the forms for the Galarian Legendary Birds are very pretty, and fairly nostalgic.

Each of the Galarian Birds' shiny forms use the colours of the original Legendary Birds from Kanto - a lovely throwback, and they look very nice.

If you want them, just save your game before you encounter a bird, and engage it, see if it's shiny, and if not, restart you game. Though if you really want these, you'll be restarting a lot…