The Witcher 3: Wild Hunt shouldn't work on the Nintendo Switch. This game looks too good, with areas too wide. It's too ambitious, and before playing, I was convinced that there was no way it could possibly compare with playing the game on another platform, that is if it's good enough to play and enjoy at all.

I spent a brief few minutes with the game previously riding around the open world on horseback, but I was still left with my doubts. But now that I have spent a good amount of time with the game myself, playing through Velen and Skellige, I am astounded. This is, by far, the best current-gen Switch port, and is a shockingly good way to experience The Witcher 3 for the first time, or just all over again. 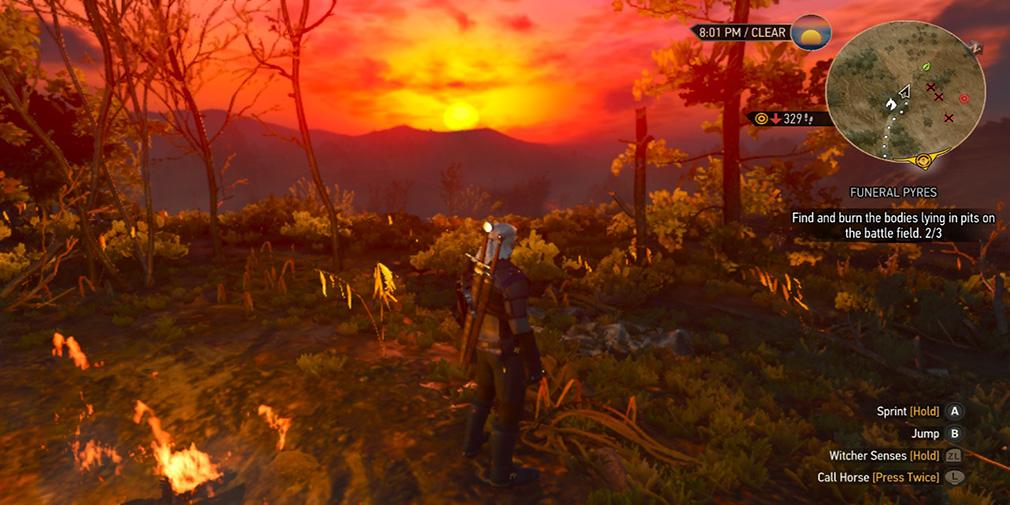 Let's start with the big question: how does The Witcher 3 on Switch compare to the game running on PC or console. And the answer is, honestly, better than I expected. The game has obvious drawbacks in terms of resolution, performance, texture quality, but none of those cutbacks are as extreme as I expected.

When the game is playing in motion on the handheld screen, the cutbacks are barely visible, and you'll only notice if you look out for them. If you're playing the game on a large screen, just as you would the PS4 or PC version, the cutbacks will be pretty clear to see. But even then, when docked and playing for a while, it's so easy to just immerse yourself in the experience and forget about it being "lesser," up until you encounter a framerate drop, that is.

Still though, without a doubt, this is the best current-gen port on Nintendo Switch, absolutely outpacing Wolfenstein II, DOOM, Mortal Kombat 11, and more. This is a 30FPS console game, ported on to the Switch at 30FPS while retaining dozens of hours of content, a strong visual style, a huge open world, and all on a single cart if you get the physical version of the game. Honestly, for my money, this is the only game on Nintendo Switch that competes with The Legend of Zelda: Breath of the Wild in terms of scale and scope.

So then, how does the game itself stack up? The story follows Geralt of Rivia, the Butcher of Blaviken, traveling across the land in hopes of saving his adopted daughter Ciri from the pursuit of the Wild Hunt, a supernatural band of frozen foes who ride on ice horses and chill enemies to the bone.

The main story is engaging and sees your traveling far and wide to meet with new people, see new locations, and defeat all manner of powerful supernatural creatures, in addition to any pesky humans that get on your bad side. While the main story is evocative and engaging, the real meat of the game lies in its side quests, which are all detailed and shockingly well written. Every dialogue scene, no matter how minor, manages to feel well voice acted, with character animations that usually fit the scene well. 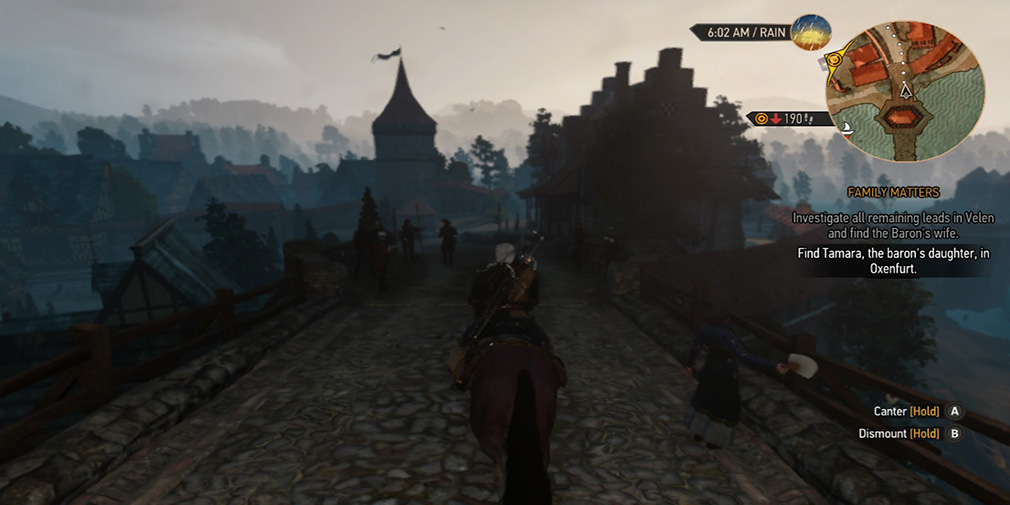 It's one of the few games out there which is engaging in the cutscenes to the point that it feels weird to skip them. Sure, they can drag out sometimes, but the quality of the bulk of them is so high that it's a crime to ignore them. You may eventually find too many similar voices or character models, but for the most part it's not a concern, and there are so many voice actors that you'll lose track of who you have heard.

I could complain about the quest structure, however. So often it's a case of talk to an NPC, walk to a location, examine things with Witcher senses, kill a monster, and then talk to the NPC again. Rinse and repeat. In the first half of the game it feels forgivable, but as the game goes on it becomes more and more of a frustrating experience to repeat.

Luckily your interest in the game remains thanks to the locations you'll see and discover story scenes with characters, and much more. A game as long as this was bound to run into repetition eventually, but a high bar of quality throughout manages to make it stand out above other examples of the open-world RPG genre.

The smaller locations you'll discover on your map also start to wear thin. While Places of Power are worth visiting for ability points, hidden treasure and bandit camps are usually just rote combat sections, same goes for guarded treasure and monster nests.

But even if you ignore all of the side content in the game and focus exclusively on the selection of main missions, you'll find hours upon hours and great gameplay and story to invest yourself in, at a much higher quality than much of the side content. When you throw the DLC expansions into the mix, there's a lot of great game to keep you occupied.

So, our verdict on The Witcher 3: Wild Hunt on Nintendo Switch? It's great. It's a genuinely impressive port, and a fantastic game to start with. This isn't the best way to play The Witcher 3, but if the portable form factor works for you, or you don't have access to a PS4 or PC, then this is a great way to play.

GameClub, a subscription service that brings back old mobile games, is available now for iOS