The Legend of Zelda: Link's Awakening review - "Don't sleep on this remake"

What's your Zelda? Which entry in Nintendo's peerless fantasy adventure franchise sits closest to your heart?

Perhaps that Zelda was your first experience with the series, or even with a big adventure game. Maybe it coincided with your formative years.

The Legend of Zelda: Link's Awakening on the original Game Boy ticks all of those boxes for me. So it's with equal parts excitement and trepidation that I approach Nintendo's Switch remake.

Link to the past

The Gold Award sign should have tipped you off that Link's Awakening on Switch is rather brilliant. But it's surprising how much of that brilliance comes directly from the source material. 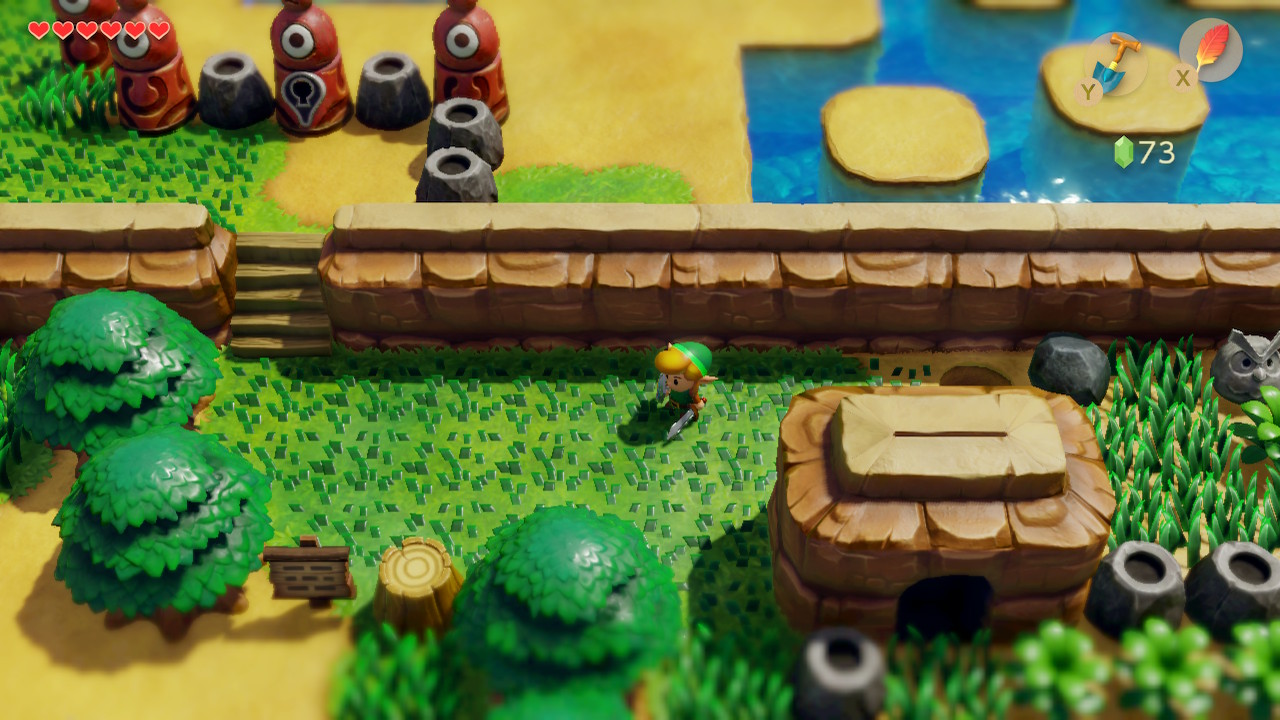 Despite being a more condensed and streamlined experience, Link's Awakening was arguably even more distinctive than its illustrious predecessor. It seems downright weird looking back at it through the lens of its many successors.

Here was a Zelda set in a strange fantasy land that wasn't Hyrule, with no Zelda or Ganon in sight. It seemed to draw from Mario lore as a secondary source, with brief 2D platforming sections mixed in amongst the top-down roaming, as well as enemies and in-jokes lifted straight from the Mushroom Kingdom.

Perhaps most strangely of all, Link's Awakening had a story that you actually cared about, with a melancholic undertone and the capacity to surprise.

Straight to the source

I've rabbited on about the original Link's Awakening for an entire section, but that's only appropriate. Because contrary to its appearance, Link's Awakening on Switch is very much the same game as before.

Structurally it's nigh-on identical, as far as I can see, with the same eight core dungeons spread across the same world map, and each containing the exact same puzzles. Even the script's the same. 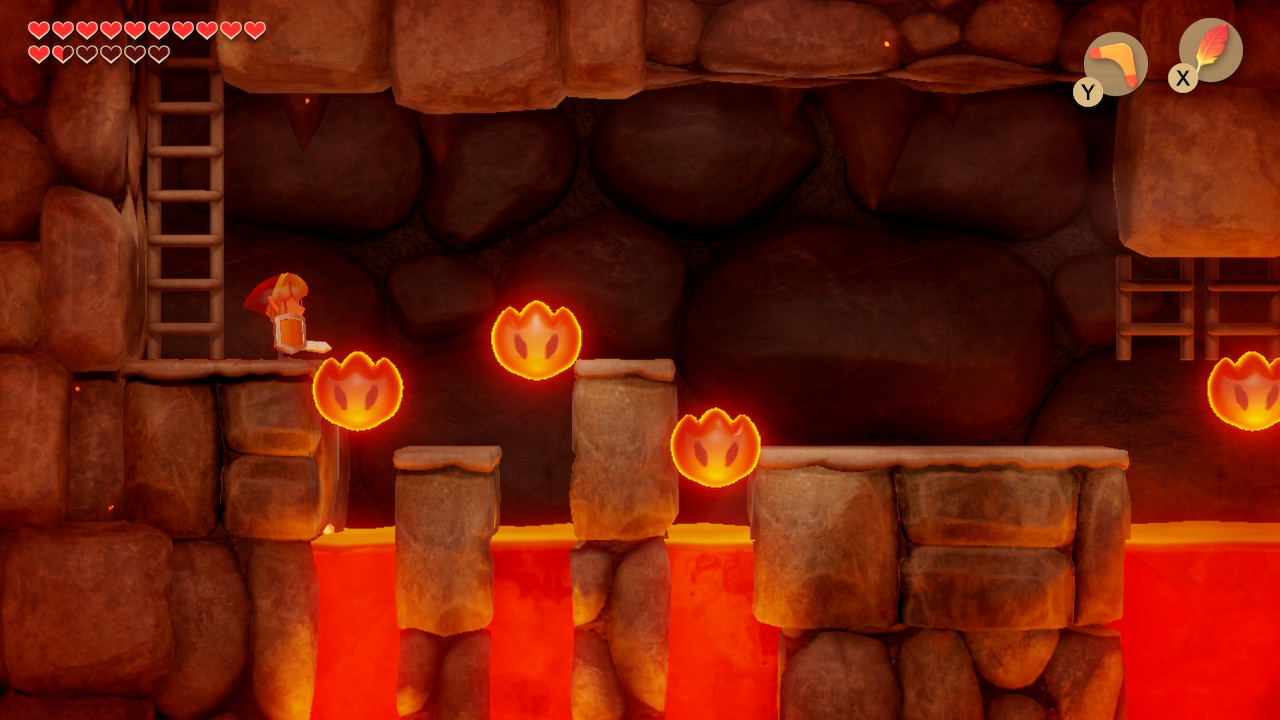 Link himself still moves in eight directions (despite control lying on the analogue stick) through a world constructed using a simple grid-based template.

Indeed, I was able to move serenely through this remake using my knowledge of the original, with only one or two minor snags where my memory let me down.

That's not to say that Link's Awakening on Switch is absent any structural changes, whether it's an extended mini-game or a modified enemy attack pattern that helps combat flow a little better.

There have also been some quality of life improvements to the controls and menus. The Switch's additional buttons take some of the load off the two main item buttons, while there's also a brilliantly helpful map that can be zoomed into and marked up with points of interest. 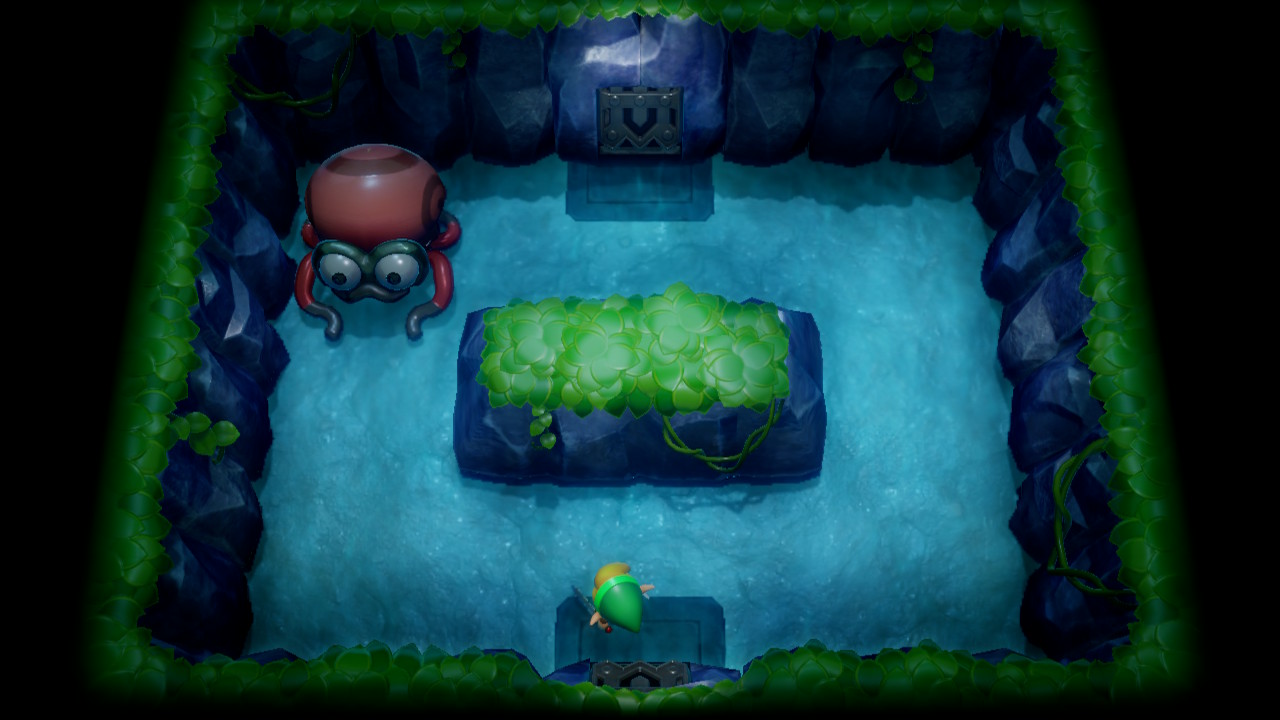 You also get the bonus Colour dungeon from the DX Game Boy Colour version. I mean, it isn't particularly good, and its completion arguably makes the game a little too easy on normal difficulty. But it would have been odd had it been omitted.

I'm more disappointed by the game's big all-new addition. Head to Dampé's Shack and you'll be able to build your own dungeon out of existing rooms taken from all the other dungeons.

There's a certain patchwork quilt effect to the resulting constructions, and they lack any thematic cohesiveness or true originality. I'd rather have had another new optional dungeon, to be honest.

None of that is to question this Switch remake's reason for existing, however. The original is now 26 years old, and was ripe for just such a straight-up remake.

A whole generation of Zelda fans has grown up without ready access to this gleaming 300-rupee-piece of a game, while many who downloaded the 2011 Virtual Console release would have bounced off its rudimentary monochrome graphics. They won't bounce off these. 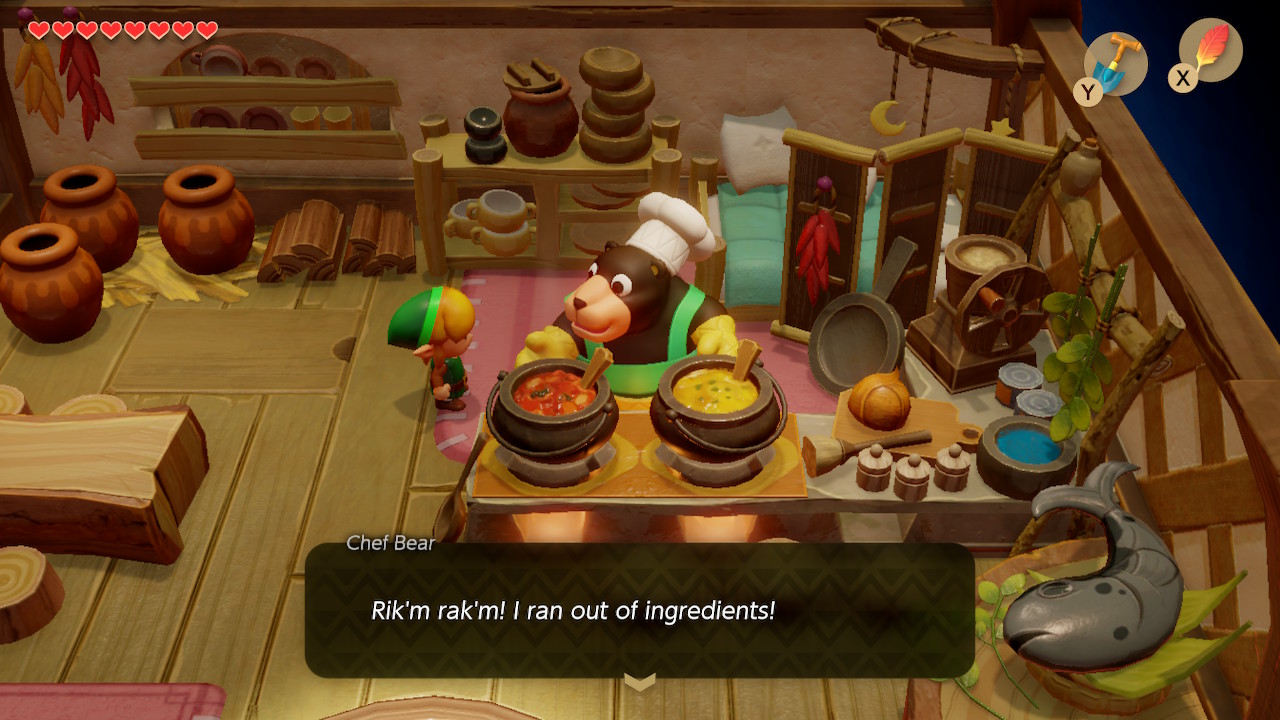 Nintendo has adopted a super-cute chibi style, complete with a tilt-shift defocused effect at the edge of the frame, which brilliantly translates the dinky appeal of the original to a modern sensibility. Everything's round and chunky and bright, and several of the enemies will elicit feelings of regret as you slash them with your sword.

The new visual sheen isn't perfect, though. I'm sorry to report that the game's performance simply isn't up to scratch at launch, with frequent frame-rate drops. It's especially noticeable when docked and roaming the over-world.

Presumably there'll be a patch to ease this, but it's not what we'd expect from Nintendo. I mean, it's hardly Breath of the Wild, is it?

But that's an issue with the game's snazzy new tunic. What's truly remarkable about Link's Awakening on the Switch is how it shows that the original's densely packed underpinnings still hold up so well today.

Yes, its graphics have been completely torn apart and rebuilt for a modern audience, as was fitting. But it turns out the gameplay needed no such amelioration. It's the same rich, full, and memorable adventure as it was in 1993, with minimal embellishment required where it counts.

The original Link's Awakening will always be my Zelda. But this beautiful shot-for-shot remake has all the magic necessary to become someone else's.

The Legend of Zelda: Link's Awakening