But there's no cake

Having recently updated their summoning system, Epic Seven is now celebrating its first birthday by giving players some bonuses. There are different dates for all of these bonuses that we'll tell you about in a second. Epic Seven is a turn-based RPG that's available now on iOS and Android.

First up player will receive several rewards for logging in for 7 days. This will include Energy and Gold as well as rarer prizes. These are a 1st Anniversary Artifact and a 5-star Hero Summon Ticket. It's a little bit of shame that it's a random 5-star summon rather than letting you choose a hero but it's free so I'm not complaining.

Players will also gain a 30% increase to all the EXP and Gold they earn during the event. Additionally, on various dates, these increases may extend to include rune drop rates as well as increasing Crafting Material drop rates. Whilst this isn't the most exciting part of the event, all of this stuff is, obviously, incredibly useful. 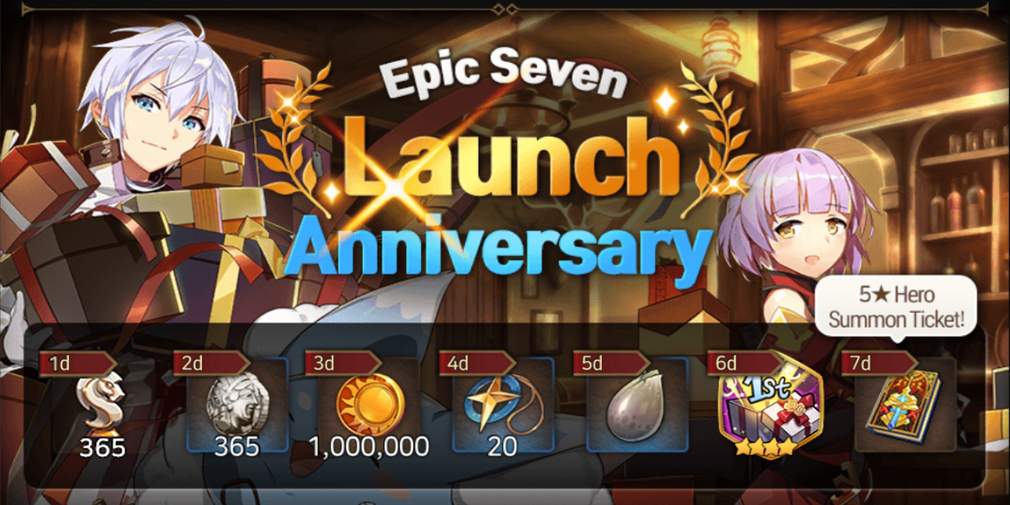 But the most enticing part of the event, including anyone looking to jump into Epic Seven, is that from now until 4th September players will receive 10 free comment summons each day. This means you'll have less grinding to do to get yourself some new characters.

If you've never played Epic Seven before then it's a turn-based JRPG with gacha mechanics. The battles themselves look very cool with a lot of stylish effects filling the screen when you use them. To gain new characters you'll have to buy – with in-game currency or real cash – summons that will earn you heroes of varying power levels.

Epic Seven is available now on the App Store and Google Play. It's a free-to-play game with in-app purchases.