In the Epic Seven tier list below you can find all the characters currently released in the game, ranked according to each instance (and how well they're doing instance-wise), so make sure to check the tier list specific for the content you're after.

In Epic Seven you have one of the best gacha games that I've played and I've played quite a lot of them! However, similar to many other titles out there, you might want to know who the best characters are, because there are plenty of them, and not all perform exceptionally well.

I've personally been playing Epic Seven since its release, and with all the recent updates and new hero changes and additions, there have been so many changes in terms of tier lists. However, one of the heroes that have been consistently doing well is Ravi, who is absolutely amazing!

So, before you start your actual adventure, make sure you reroll a few times to get one of the top units listed below. For starters, I would highly suggest you go for one of the units that work great in PvE, such as Sez, Vildred or Angelica because they will help you out a great deal. You will have plenty of chances to summon more, later on, so don't worry about making your PvP team just yet - instead, focus on a couple of strong units that can easily help you pass the stages. 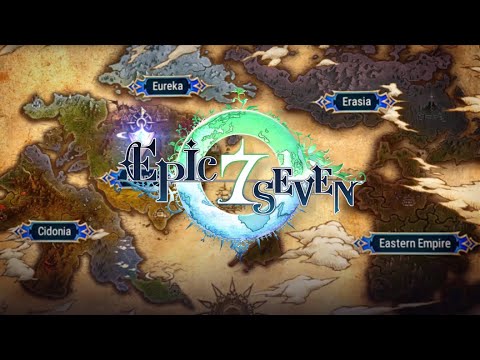 A good AoE unit you could also get is Ravi, since she can pretty much sustain herself in the battle stages. Units like Achates, Clarissa and Destina work great too, so if you think you're lucky and want to give it a shot, you can also try to go for 2 5* units. If you pull Ken, he can be great later on for your PvP team, while still being relatively okay at the PvE stages.

I'd also suggest that you don't invest too much in units that are not exactly amazing (so even if you get 5-grade units, make sure they are top tier - otherwise, don't bother with them too much at the start), because you'll need all the resources you can get your hands on!

For PvE stages (the Chapters) you need characters that have clear speed and can tank quite a few shots (one tank), while for PvP Arena you want units that can inflict various CC and debuffs, so you will have a completely different team. As for Boss Hunt and Abyss, it depends on the situation. There are a few units that are generally great, but you'll discover more information about it below.

Feel free to use the links below to check out the exact Epic Seven tier list you're interested in!

In case you are interested in where you can download the game and the latest updates for it, head off to the official website for the game!