Sometimes it can feel like dungeon crawlers have been done to death - and then something like King Crusher comes out, and reveals a whole strata of action, adventure, and spells, that the world didn't even know it wanted.

The game takes ideas from roguelikes, puzzlers, action games, and more. It meshes together ideas from some of our very favourite games and turns them into a sparkling, compulsive quest for loot and points.

The free to play monetisation is brilliant, the graphics are slick and endearing, and it feels like after every run through you'll find yourself with a stronger squad and some better startegies for the next attempt.

The game sees you controlling three different heroes on a three by three grid. At the top of the screen there's an enemy that you need to kill, preferably before it's murdered your squad, because then it's game over.

Each of your heroes has its own strengths and weaknesses. Some need to be in the top row of the grid to do damage, others can attack from anywhere. You've got healers, archers, mages, necromancers, and all manner of spiky-thing wielding warriors at your disposal.

For the most part though, you don't get to pick your team. Instead the game tells you the three heroes you're going to use, and then lets you buff them up with special leaders if you've collected any throughout your travels. 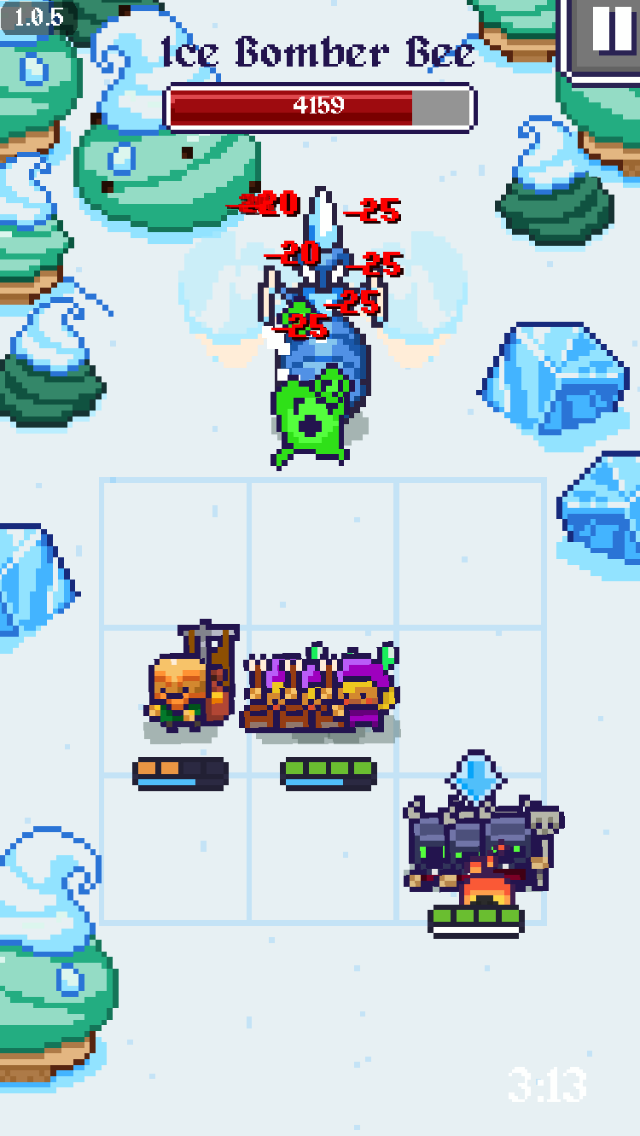 It's a clever idea, because it means the game can never slip into an overly comfortable rhythm. You need to know what all of the characters do, and figure out how they're going to work in different teams.

Attacks from the big bads you're taking on are always telegraphed, although in different ways. Dangerous gusts of wind shake bushes before they reach the screen, letting you know the direction they're coming from. Obese enemies disappear, their frame casting a shadow to let you know when and where they're going to smash down.

Learning what's going to happen, and figuring out how you're going to respond to it, is a huge part of the fun. But don't imagine this is solely a game of strategy - you need to swipe to get your heroes out of the way of the deadly attacks, otherwise your quest isn't going to last very long.

While the mechanics here are simple, the vast variety of options means that things rarely get dull. And when they're in danger of doing that, the titular king will start chucking bombs at you to get you to hurry up. How's that for employee incentives.

King Crusher wouldn't work half as well on another console - it's inherently a mobile game, with its simple controls allowing a more complex experience to come to the fore. Everything feels natural - if you've used a mobile phone before, then you're already going to be familiar with what you have to do.

It might not have the staying power of the very best games, but King Crusher is good enough that it's going to stick around on your homescreen for a decent amount of time.

A bright and intelligent smashing together of some great ideas that's going to pass the time brilliantly
By Harry Slater
| Jan 11, 2019 |
iOS + Android
Find out more about King Crusher
SEE COMMENTS

Breaking Bad: Criminal Elements is a second attempt at bringing the series to mobile