Nothing in Dubai feels real, but all dreams must die

Update: We've added day two and three of Ric's diary to the story. You can find them by clicking the link at the bottom of the article.

Nothing in Dubai feels real. The skyline is filled with giant buildings, lit up like Christmas trees at night. I haven't seen a hotel so far that's been smaller than at least 15 stories. I thought my sixth-floor flat in Sheffield was pretty big. It's nothing compared to this.

You've got The World, an archipelago built to look like a map of Earth. The Burj Khalifa and Burj Al Arab, almost impossibly tall in the distance. And everything's always so clean. No cigarette butts on the floor, no litter of any kind. Like no one's set foot anywhere in the city, despite the thousands upon thousands of people wandering around.

Inside the Festival Arena, the home of the 2018 PUBG Mobile Star Challenge Finals, this unreality is exacerbated. An enormous catwalk protrudes from a huge stage, fitted with three cinema-sized screens. Twenty shipping containers are stacked along the sides, each housing four players on super-comfy gaming chairs, each with a new Samsung Galaxy Note 9 in their hands.

Indoor fireworks burst up from the ground as dancers pour onto the catwalk from behind the stage or by jumping down from the top of a crate, mock fighting to energetic tunes blaring out of powerful hidden speakers. Even though I'm right there in the arena, it feels like I'm just watching a movie. 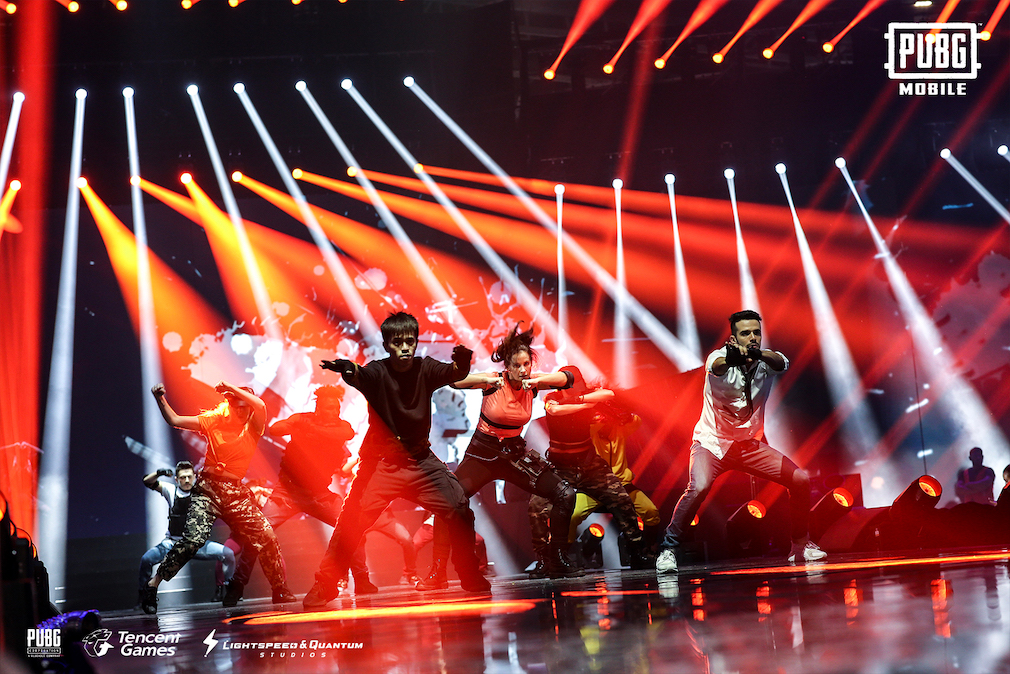 It's extravagant for a game which is only around 9 months old. PUBG Mobile launched worldwide in March 2018, and here, in November 2018, we're watching twenty teams fight for a prize pool of $402,000.

One of the other press folk remarks that this is Tencent making a statement. Look, they're saying. You could be here, playing your favourite mobile game in one of the most opulent cities in the world, trying to win your share of $402,000. And this is just the beginning.

But underneath all the fireworks and dry ice and booming music, there's an almost unwelcome reality. Teams of people backstage keeping the servers alive, others watching the broadcast to make sure it doesn't drop out at any point. Caterers, cleaners, security everywhere.

And, of course, the players themselves. Past experience with esports tournaments suggested that the majority of players would be mere teenagers, blessed with good eyesight and quick reflexes, along with the time and lack of responsibilities to focus on just playing a video game for ten hours a day. 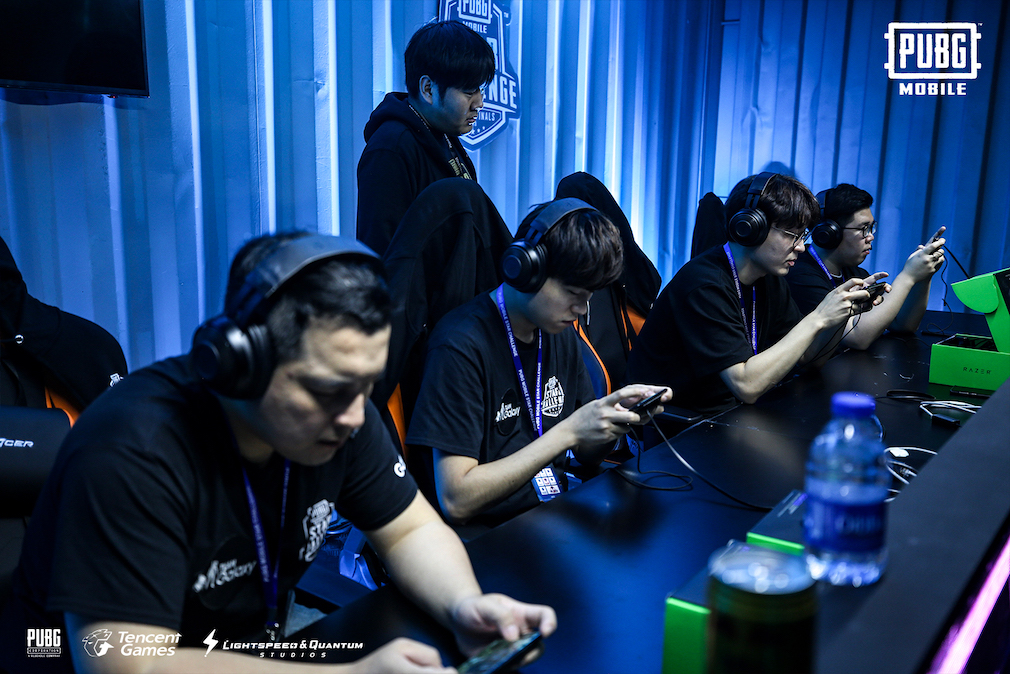 PUBG Mobile seems to have attracted a different audience. Two members of international team Full Send are parents who are sorely missing their children. I ask what they'd do with the $50,000 they'd get if they won the competition. They both say they'd put a down payment on a house.

It's a weird disconnect to the lights and sounds and explosions. Sometimes you forget that real, actual people are playing these games, human beings with families and debt and anxieties you might never find out about. And there they are, playing a video game for large sums of money.

A player named Rolex helps push this unwanted real world away. Rolex is so called because he owns two Rolex watches and was struggling to come up with a name for himself. So now he's called Rolex. I hope he does well and buys himself another Rolex.

The PUBG Mobile Star Challenge Final continues later today. You can catch up on all seven hours of yesterday on the Twitch stream below.

The façade is starting to crack a little. There's a tension in the air at the Dubai Festival Arena, and the teams competing in the PUBG Mobile Star Challenge Finals are feeling it too.

RRQ Athena are absolutely dominating the competition. They've secured five chicken dinners in a row over the last two days, and are currently at the top of the leaderboard by a pretty wide margin.

Our host is struggling to come up with questions to ask them in the slightly awkward interview sessions after each match. The entire team has now had their turn in the spotlight, and have rotated back to the start of the line-up. "Why do you keep winning?" they're asked. "Because we're good at PUBG", they reply.

Unsavoury rumours are beginning to circulate, likely borne of frustration and disappointment for the losing teams. In interviews at the end of the day, players are starting to speak a little more freely as they vent their anger into the press' microphones, before rapidly asking that their outbursts are considered "off the record". 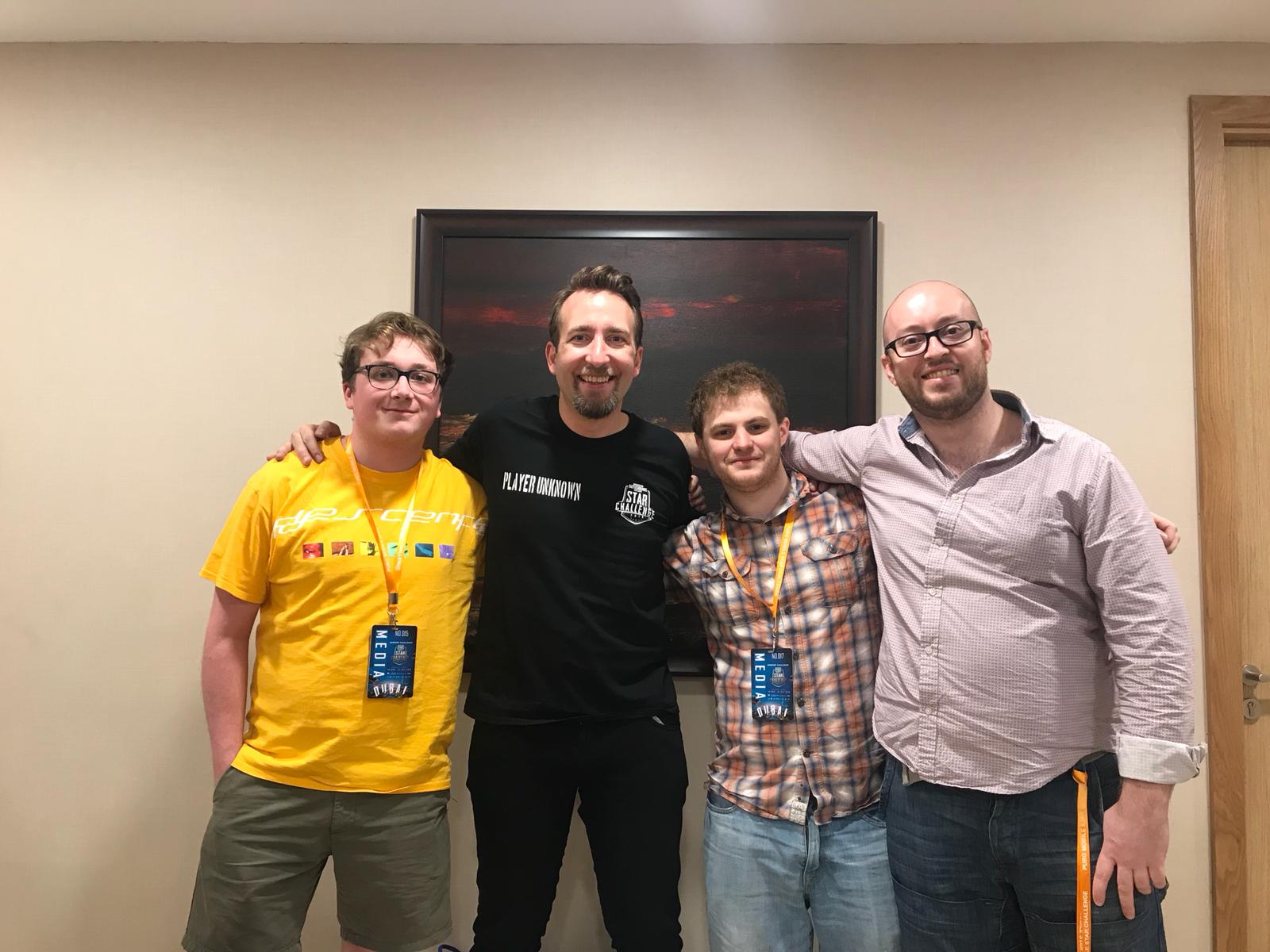 The mood from the North American teams is a mix of bemused respect and barely contained frustration. The teams from Asia are playing in aggressive ways they've never encountered before, and they have no idea how to counter it.

They spend little time looting, they're securing more vehicles, they're getting into safe zones as fast as they can. When they start to push on an enemy position, they flank from every angle. They're quick and accurate. North America has no idea what's going on.

Both Gankstars and Wildcard claim that if an Asia-based team entered the North American championships, their style of play wouldn't work. It's little comfort - whether they like it or not, the NA squads are on Asia's turf.

Some players are simply growing tired of the game itself. Fan favourites Full Send are languishing at the bottom of the rankings with just three kills to their name across the entire competition. One of the squad rants about how she prefers to play the PC version of PUBG because there's no footsteps on the mini-map. There are doubts they'll return for the 2019 tournament.

Despite all this, there's still a glimmer of hope. Wildcard are sticking firmly to the belief that they've worked out what the Asia teams are doing now, and on the final day they're prepared to fight back. They claim that they're known for starting slow and bringing it back on the final day. They fist-bump us as they head back to their hotel.

Gankstars are currently the top NA team in the competition, but it's not the accolade they were hoping for. They wanted to prove that they have a place on the world stage. They're 7th out of 20, which to me seems like a pretty reasonable position given the state of the competition. For them, it's not enough.

Heading into the final day, with everything resting on the final four matches, it's time for some drastic measures. If the teams from North America don't rethink their strategies, all the bravado will be for naught. And if RRQ Athena are left unchallenged, there could be another clean sweep waiting for them.

The PUBG Mobile Star Challenge wraps up today. You can catch up on yesterday's action with the Twitch video below.

RRQ Athena won the PUBG Mobile Star Challenge Finals in Dubai in 2018. They took home the grand prize of $200,000 after dominating the competition in the early rounds.

Just ten minutes in to the first proper game of the day, the main screen in the hall went dead. As did the audio from both the game and the shoutcasters.

We thought it was just an internal issue. Then we noticed the teams looking up from their devices, wondering what on earth was going on.

A couple of minutes later, the host jumps on stage. Nobody knows what's going on, but it looks like the servers lost power all of a sudden. The team behind the scenes are looking into how to fix the problem.

Which is all well and good, but there are hundreds of people in the audience with nothing to do now, beyond explore the small exhibition area in the front or go buy some food. The crowd grows restless. The host starts shoving his mic in random people's faces, asking them to cheer on their favourite team.

Then, out of nowhere, one of the influencers flown in for the show has a mic in his hand. He announces that he's going to make a giant rock-paper-scissors tournament happen, and there will be an unspecified prize for the winner.

By this point, my head was in my hands. This, I thought, is embarrassing. A loud American man is shouting at a room full of PUBG Mobile fans about playing rock-paper-scissors, and there's nothing we can do to stop him.

Yet, somehow, it works. People stand up. The impromptu tournament whittles its entrants down to just three people, who face off in a surprisingly tense battle. It goes to two people. The atmosphere is electric. The audience goes wild when a winner is crowned. It's utterly ridiculous.

This isn't the end, not by a long shot. Someone offers to sing a song on stage, a cappella. They're actually surprisingly good. Then the host starts offering prizes out to other people who want to perform on stage. Suddenly, the PUBG Mobile Star Challenge has become Dubai's Got Talent.

There are very few times in your life when you'll go to an esports tournament and witness a man get on stage to sing the Turkish national anthem, but this was one of those times. It was bewildering.

But it showed a nicer human side to the event. At the start, it had felt like a dream. By day two, it was feeling like a nightmare. But right there and then, a room full of people from around the world gathered together to entertain themselves and each other when the dream they came to witness fell apart. And it was absolutely bloody lovely.

Eventually, the screens came back, the teams sat down, and RRQ Athena took first place. But I think the real victory belongs to everyone in that arena who got up and did something fun to keep everyone happy, if only for a short time.

You can watch the entirety of day three of the PUBG Mobile Star Challenge Finals in the Twitch VoD below.

YIIK: A Post-Modern RPG is an oddball JRPG headed to Switch next month