If you played the classic Rollcage-like racers back in the 90s you'll feel right at home with GRIP: Combat Racing, mainly because it's a familiar formula and knows what it is off the bat. It's upbeat, exciting, and is all about speed.

While that's an excellent thing for folks who've been missing this particular game type from their libraries, those who aren't aware of it might take a few tries to get into it and understand that it's not just about racing.

GRIP: Combat Racing is a gravity-defying racing game with an emphasis on getting to the finish line sharpish. Whatever mode you decide to play, you know you'll ultimately be reaching breakneck speeds through the levels' many boost pads or boost-based power-ups.

Hidden in its layers are a decent variety of tracks, a Rocket League-like car customization menu, and the choices to play single-player, online, or in local co-op through split-screen play. 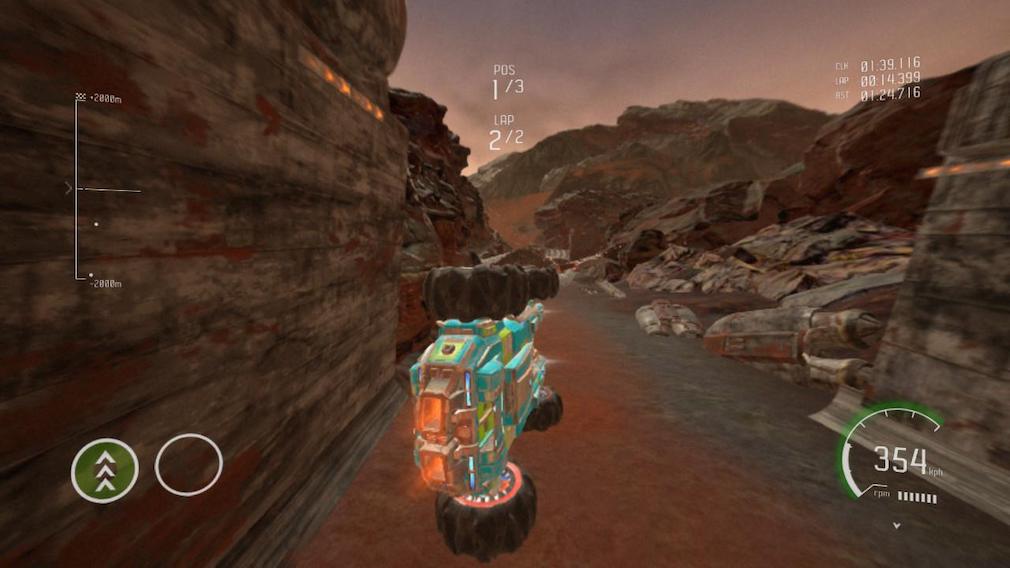 There's also a selection of game types depending on what you fancy. In single player and split-screen you've got Race, Arena, and Carkour options to choose from, each with their own modes. Plus, a lengthy single-player campaign where you need to race through a series of tournaments to progress.

As you go through, you'll unlock more tracks, more car parts, new cars, and more weapons to change things up, and it feels like a nice incline in difficulty. Though you touch on the combat in its tutorial, and in its battle mode of course, the game eases you in the more tournaments you complete.

The graphics are pleasant enough with a good and constant framerate, though the Switch edition lacks the polish and refinement of other versions on PC and console quite noticeably. I don't have any gripes with the audio, only that it's somewhat standard and unmemorable, but by no means unpleasant.

Whether you're racing through a snowy wasteland or zipping through pipe-like track, the maps offer up plenty of interest and lots to react to. If you love testing your reflexes, there are loads of chances during each race with sudden drops, blocked pathways, and solid walls that flash with red warning.

However, GRIP's draw is also its flaw as the racing system itself feels a little bit unbalanced. You're already going at such speed from the get go that whenever you hit a boost pad it's hard to notice any effect. In fact, it was far more beneficial to ignore the pads altogether and just grab as many boost power-ups as possible during the race. 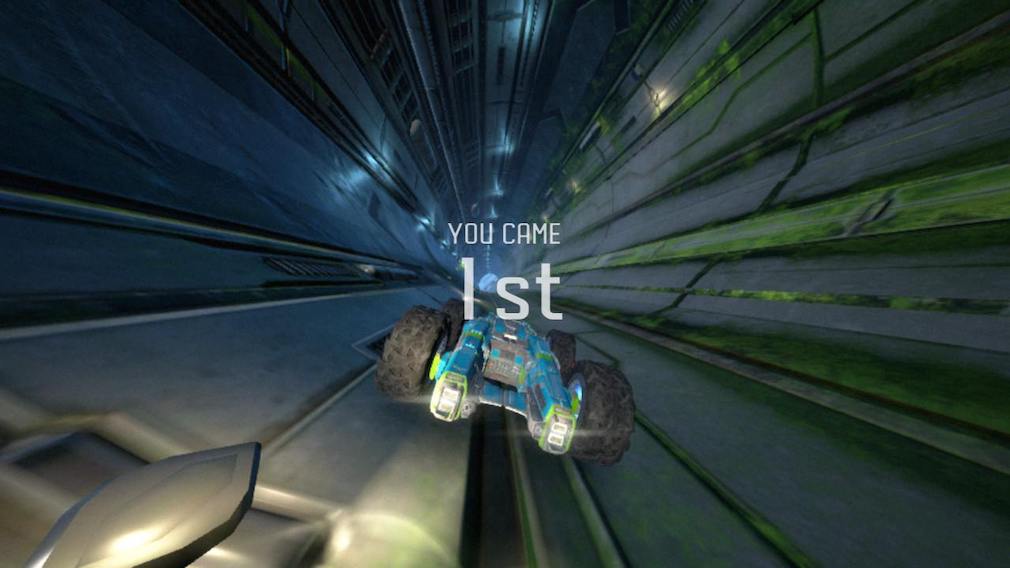 The action of driving up walls and onto ceilings is a fun and exciting factor which definitely changes up more traditional gameplay. But hitting a bump or falling back to earth after exiting a tunnel at speed can result in an almost hilariously dramatic flail, which can send you careening off the course.

While this isn't much of an issue here and there, it's the frequency that stunts enjoyment. The controls are twitchy and rather sensitive, and you're often going so fast that you don't respond to obstacles until it's too late.

There's fun to be had with GRIP: Combat Racing, especially when battling in Arena mode or playing against friends in local/online co-op. If you're looking for a Mario Kart-like racer without the bright, fluffy graphics and more serious gameplay, you'll want to give this one a look.

Saying that, each time I've played a few rounds and come away I've instantly forgotten the experience and found it more of a chore than a joy to go back in for another bite. Perhaps bypass the standard racing if you do invest and just have fun with its other, more exciting modes.

Play Fortnite in 60FPS if you've got these iPhones