The smartest games use the simplest controls they can, while still ensuring that the player feels connected to the world. If the controls are too confusing, you break the fourth wall - if they're too simple, you may as well just watch a movie.

Curses n' Candies gets that balance just right. You're swiping on the screen, which is a system that makes sense to anyone who's used a mobile phone, but there's a twist - the direction you're facing is one of the most important things in the game.

That extra layer of complexity makes for a truly thrilling experience, as your fingers dart about the screen, trying to stay one step ahead of the ghosts and ghouls that are trying to bring your run to an end.

Ghosts, and other night terrors (as everyone knows) are terrified of light. And in one hand you're holding a torch, pointing it out in front of you. If you touch a phantom with the beam, they die. But if a goblin or other creature of the dark touches you anywhere else, you lose some health. Lose all of your health and it's game over.

Each level you need to kill a set number of monsters. Do that and you get to the boss fight, where a giant beast pops up on the screen, and you need to figure out how to avoid its attacks as well as how to kill it.

Your progression through the levels themselves isn't particularly swift, but you're always unlocking new perks, new upgrades, and new torches. Every time you play it feels like you're getting a little closer to your ultimate goal, no matter how many times you die. Which is good, because you're going to die a lot. 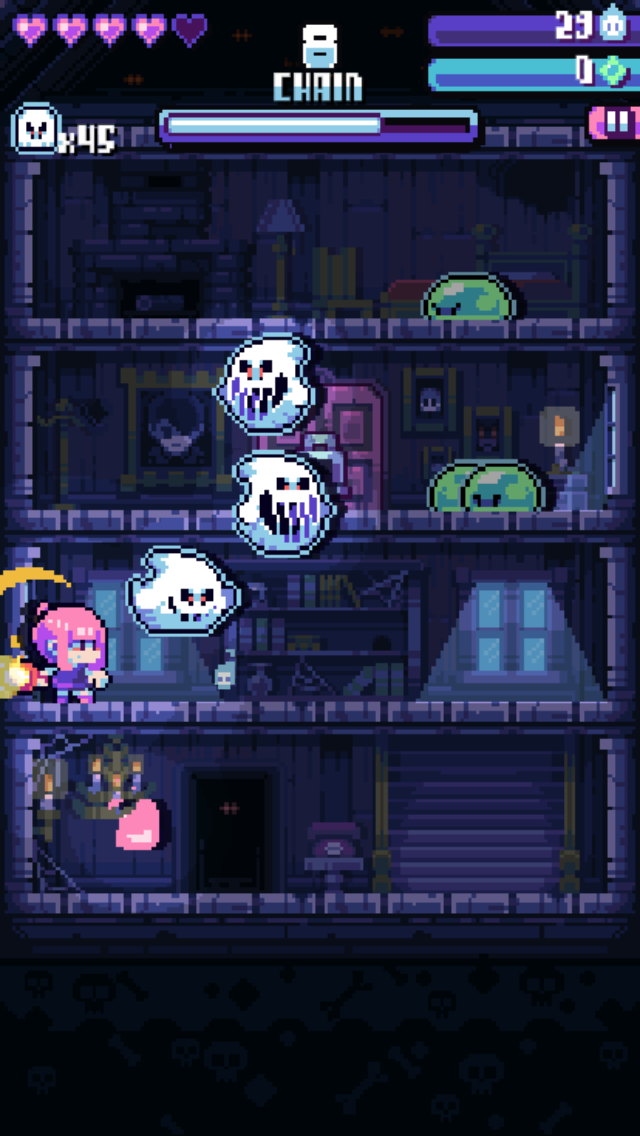 It's that constant running where so much of the entertainment comes from. You have to be constantly on your toes, changing direction and the level you're on to keep away from the quick-moving monsters you're attempting to avoid and slaughter.

You're always close to the edge of catastrophe, weaving through a labyrinth between the chaotic and the balletic with no idea whether you're going to make it out at the other end. And it's ruddy brilliant.

Candies n' Curses is a perfect example of meshing together the old and the new. It's as old a concept as any we've seen recently on mobile, but it's presented in the most modern ways. If this was an arcade game from the era it's aping, then it'd be a hundred times harder, and less fun.

Instead you get a game that's all about the balance. The balance between failure and success, retro and modern, control and madness. And where it matters, it gets each of those balancing acts just right.

A perfect example of how to get the balance of a mobile game right, Candies n' Curses is well worth checking out
By Harry Slater
| Oct 26, 2018 |
iOS + Android
Find out more about Candies n' Curses
SEE COMMENTS