It's not the really good games that are hardest to review, nor the really bad ones. It's games like Speed Boaty.

This is a vertically scrolling endless runner, though instead of a cute mascot you're controlling a speed boat.

That's about it for twists on the formula, though. As your craft auto-accelerates up the screen, you drag left and right to dodge past lighthouses and rocks and tornados.

Occasionally, a giant oil tanker might cross your path.

There are also coins to collect and ramps to jump off - the latter essentially there to help you steadily tick off a rolling challenge. 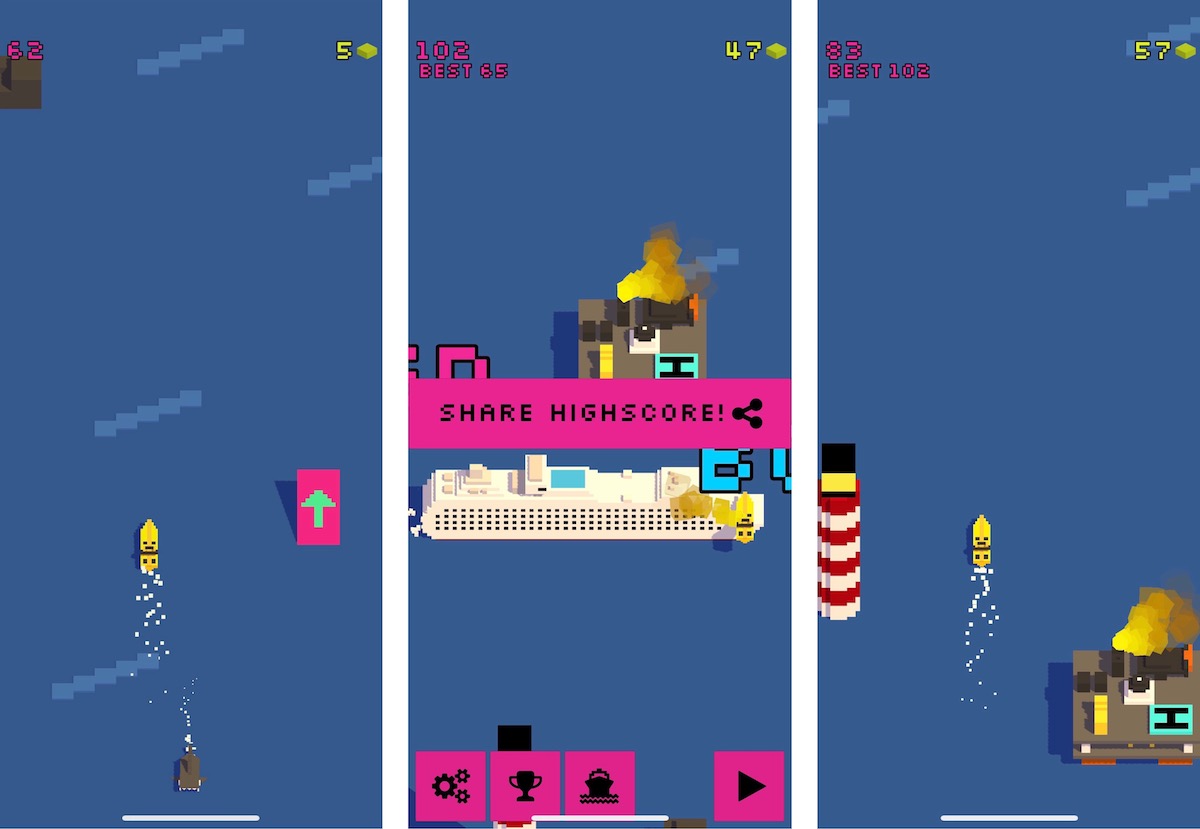 Speed Boaty adopts a gaudy 1980s pixel art style, but it hasn't been carried off with any real panache or style. It just sort of... is.

Which kind of describes the game as a whole. It's fine at what it does. But the problem is, we've done what it does so very many times before that it's hard to really muster up much enthusiasm.

Of course, you could argue that something like Alto's Odyssey is similarly bereft of originality. But that game wins your heart by playing and looking great.

Speed Boaty, on the other hand, isn't particularly tactile or fluid. The boat follows your finger around in a uniform 1:1 fashion, and there's no real sense that you're skimming across a deadly bay in a power boat.

Speed Boaty is a perfectly competent endless runner with a familiar '80s aesthetic. But there's literally nothing here that makes it stand out from a sizeable crowd
By Jon Mundy
| Jul 16, 2018 |
iOS
Find out more about Speed Boaty

On Twitch tomorrow, TableTap is showing off some exciting new content for Scythe