Mayhem Combat takes a whole bunch of ideas from the world of gaming and smooshes them together to create something that, for the most part, is at least as good as the sum of its parts.

Sure, it's got problems, and it's not going to be everyone's taste, but there's a chunky nonsense to the experience that's more than likely going to leave you with a smile on your face.

The game is a brawler, through and through, but it weaves other ideas into its make-up. There's a bit of battle royale, a bit of Smash Bros, and a little sprinkling of Clash Royale here.

In the multiplayer free-for-all, your aim is to be the last character standing. You do that by picking a fighter, giving them a weapon, and then heading out to smack seven shades of shakespeare out of everyone else. 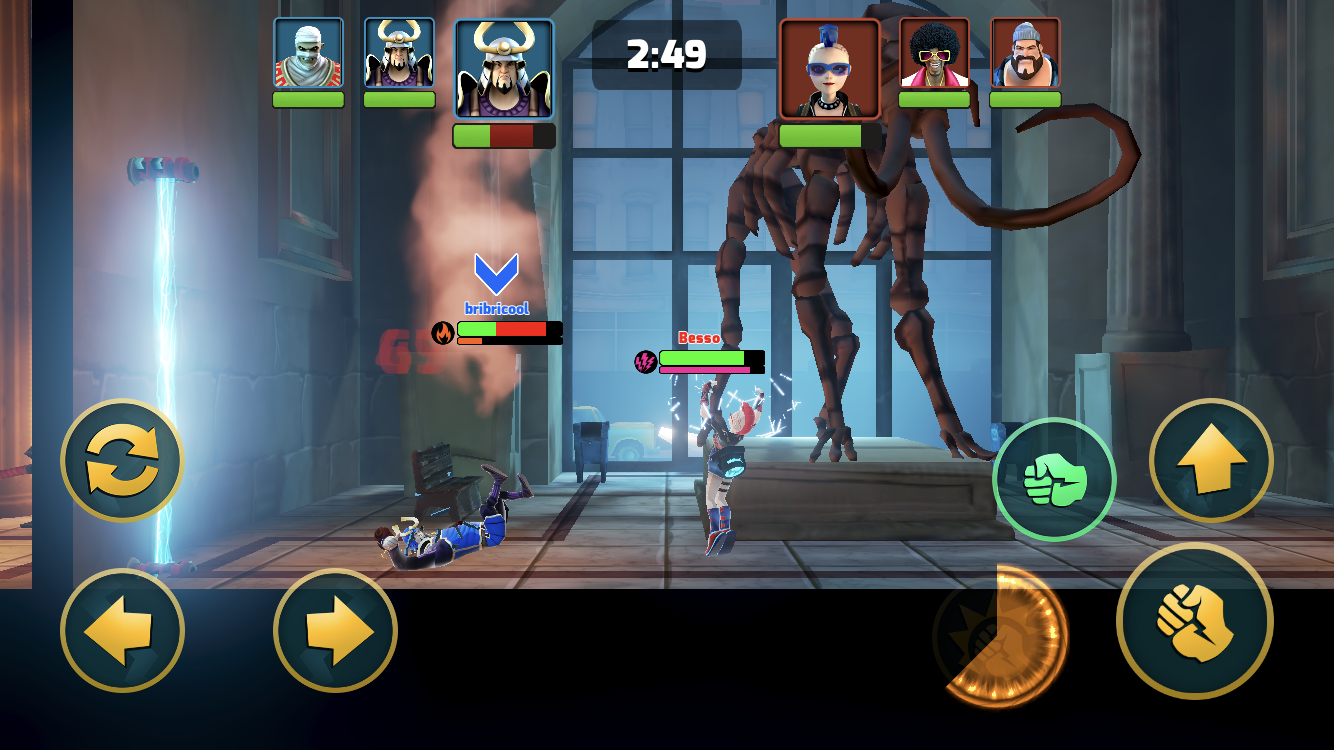 It's not the simplest ask though, and you're going to take more than your fair share of beatings before you catch up with the rest of the crowd. The progression here is pretty decent though, and you're unlikely to be at the bottom of the ladder for too long.

Elsewhere you're fighting one on one with computer or human controlled enemies, or engaging in a three-way tag battle. The controls are the same whatever you're doing. You've got a button to hit, a button to jump, and a button to dodge. 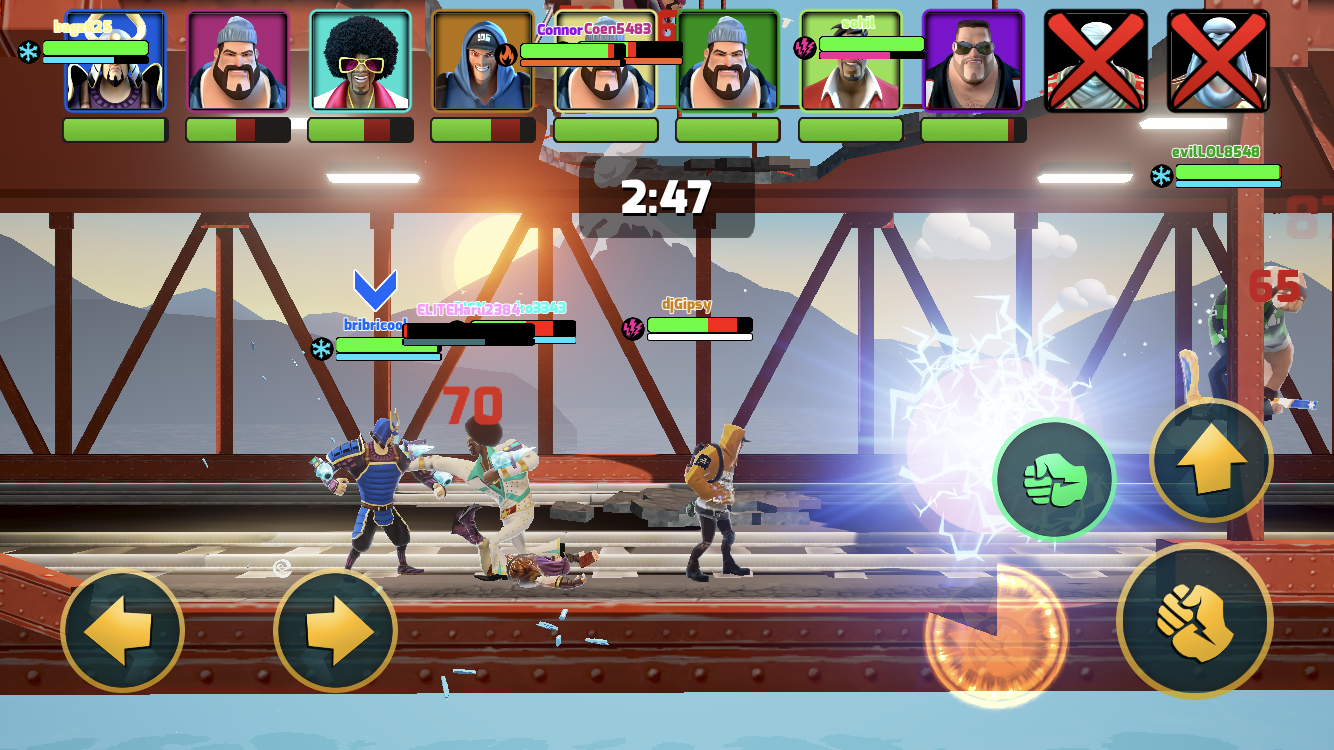 As you fight you'll charge up your super move, which pops up next to your punch-them button. A couple of arrows let you dart around. The floaty, flitty nature of the game means that the slightly imprecise nature of touchscreen controls isn't too much of a hindrance here.

And the fact that you can pretty much just double-jump forever adds extra layers, quite literally, to the fighting. Throw in different character styles and weapons and you're left with a solid experience that'll leave you grinning.

Is it perfect? Not by any means. There's an almost inevitable lack of variety here, and while the fighting is fun, after taking several beatings from more powerful players you're probably going to need to go and have a sulk.

But when Mayhem Combat gets things right, and when the matchmaking sets up a scrap with players of similar levels to you, you're going to cheer every punch you land and train that hits your foes.

It might not pop quite as much as the games that inspired it, but Mayhem Combat is still well worth checking out
By Harry Slater
| Jul 4, 2018 |
iOS + Android
Find out more about Mayhem Combat