A dead ringer for the likes of Golden Axe and Ghosts n' Goblins, Cast of the Seven Godsends is an interesting hark back to the classic 2D action scroller.

You assume the role of King Kandar, and embark on a quest to rescue your son from the wretched clutches of emperor Zaraaima. Unfortunately, this lad is a bit harder than you so Kandar has to call upon the seven gods of Dareca to give him a hand.

Cast of the Seven Godsends dropped on Steam in 2015, but its presence feels much more welcome on the Switch. While the controls are a little wacky at times, the gameplay alone isn't punishing enough to give you any real problems.

The controls are kept simple, akin to the Megadrive titles it's so obviously inspired by. Your standard form can only take a couple of hits, but you'll collect armour, weapons, and power ups as the levels progress.

While Kandar's attacks are reasonably powerful, he can only fire projectiles up or straight ahead which is a pain if you've got an enemy loitering diagonally. 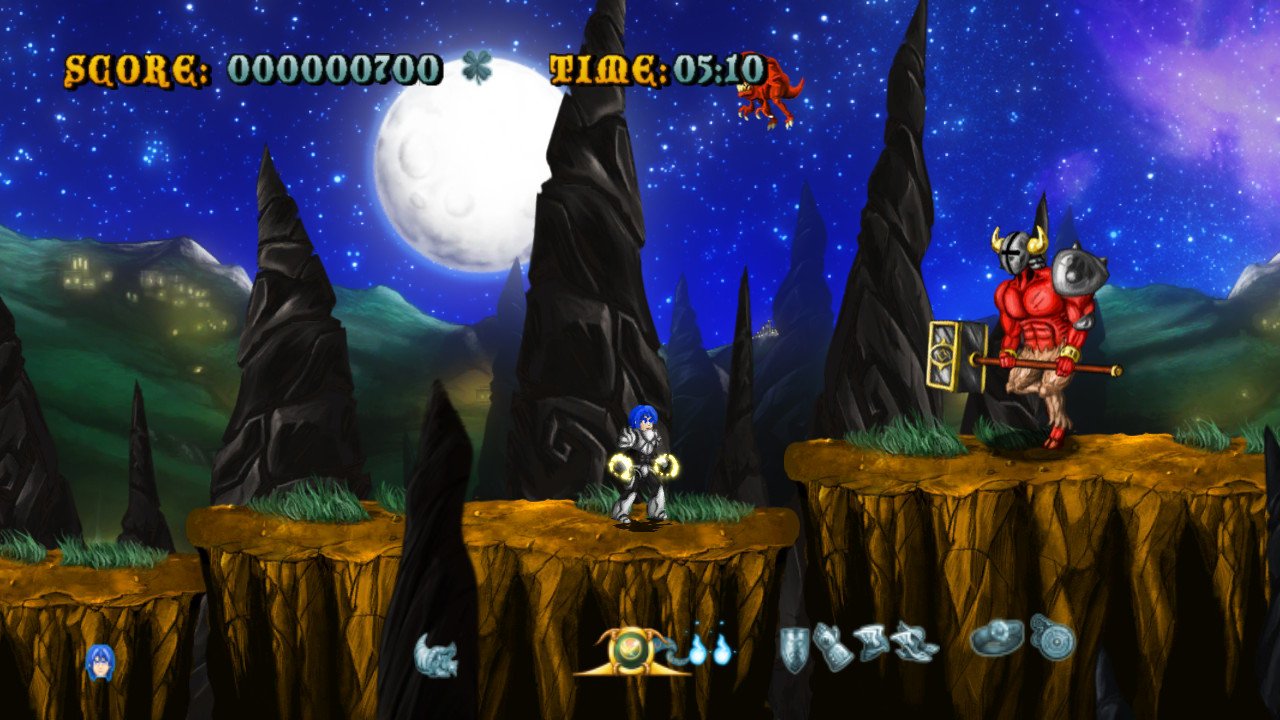 What gives this title a whiff of flavour is that each armour type gives Kandar the ability to summon a god and cast an elemental spell. This spell makes his attacks super powerful for a short amount of time.

While no ideas are sacred, I struggled to set this title apart from the cool as heck side scrolling adventures I rinsed twenty years ago.

I also found no reason to favour this modern re-telling over revisiting the likes of Ghouls n Goblins, really. It passes as a homage to the era, but doesn't really do anything those games didn't.

Go back to the nineties, nerd

At a mere £10, Cast of the Seven Godsends isn't going to break the bank, so if you're mad for nostalgic fantasy pangs then this title might be for you.

The game is colourful, relatively enjoyable, and pleasant to play, and the developer's affinity for retro side-scrollers really shines through.

However, the story isn't as immersive as it could have been, and I struggled to care about anything going on past lobbing fireballs at the Shovel Knight that skipped leg day.

Cast of the Seven Godsends