Play on PC and continue to mobile

We've been waiting for this news for a while, but today we can finally confirm that both RuneScape and Old School RuneScape are on their way to mobile. 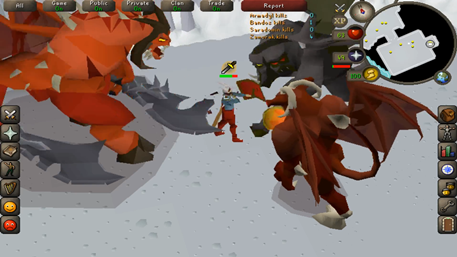 In case you've been hiding in a box for many years, RuneScape is an extremely popular fantasy MMORPG for PC. Old School RuneScape is based on the 2007 incarnation of RS, letting players "enjoy weekly updates that they vote for through an in-game polling system."

More excitingly still, both games will be cross-platform and allow you to switch between mobile and PC with ease. As is says in Jagex's press release: "The two titles will be the first mainstream and fully-established Western MMORPGs to deliver the complete MMO experience to PC and mobile platforms and feature full interoperable play, allowing players to jump from PC to mobile platforms and back again."

Or, if you're just interested on having both games on your mobile/tablet, you can quite easily enjoy the full experience on a portable device.

Old School RuneScape is due to land on mobile this coming winter, whilst RuneScape will follow shortly afterwards. We'll keep you updated when we know more.