It's shaping up to be a right royal clash

Supercell went to a great deal of trouble in announcing its latest mobile game, Brawl Stars. It constructed the kind of extended live event-style video that you'd usually expect to see from a major console developer like Nintendo or Sony.

Part of the reason for this extravagance is Supercell's previous success, of course. Clash of Clans and Clash Royale in particular have done crazy business for the Finnish developer. It's got money and good will to burn.

But having spent some time with a beta version of Brawl Stars, I think there's another reason for the song and dance intro. Quite simply, it's shaping up to be a really really exciting mobile game.

Brawl Stars is essentially a 3v3 multiplayer action game, but it's an enticingly fresh hybrid of sorts. Think of it as a team-based shooter like Overwatch, only with the zoomed out perspective, movement, and cover mechanics of a MOBA.

By default you tap where you want your super-deformed character to go, then touch and drag to aim and fire your weapon. You can also switch to a virtual joypad for more fine-tuned positional control, but I preferred being able to focus on the aiming. 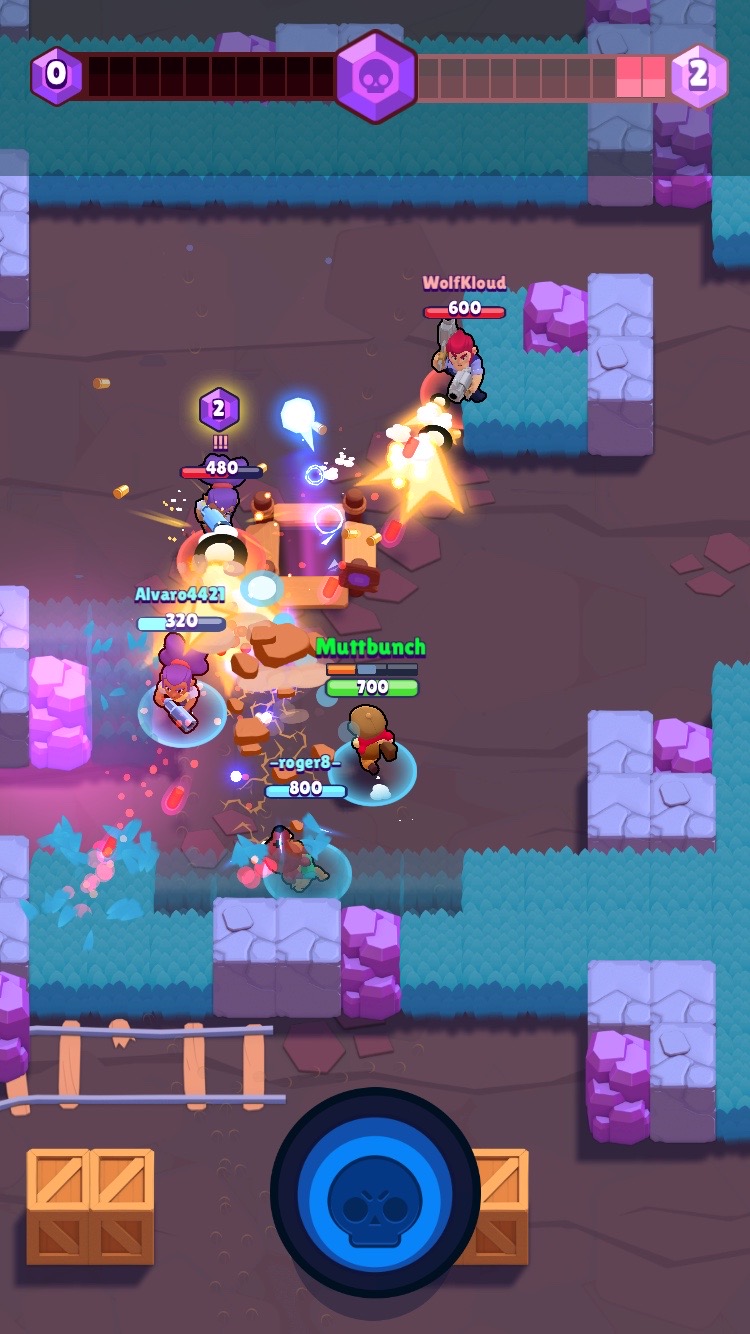 With each brawler's singular projectile attack taking time to reach its target and generally being limited in range - as well as your set three round clip - making your shots hit home becomes a surprisingly fine art. Fire and forget tactics won't cut it.

Inflicting damage on your opponent has the added bonus of building up your Super bar which, when full, lets you unleash a signature power move.

Each round has two teams of three scrambling to collect spawning gems. Collect ten of these gems and the countdown to victory begins, prompting a mad push from the opposing team - and a timely retreat from your own team, if it knows what's good for it.

You see, while you don't hang around long before spawning, dying in Brawl Stars has the nasty side-effect of making you drop all your gems. 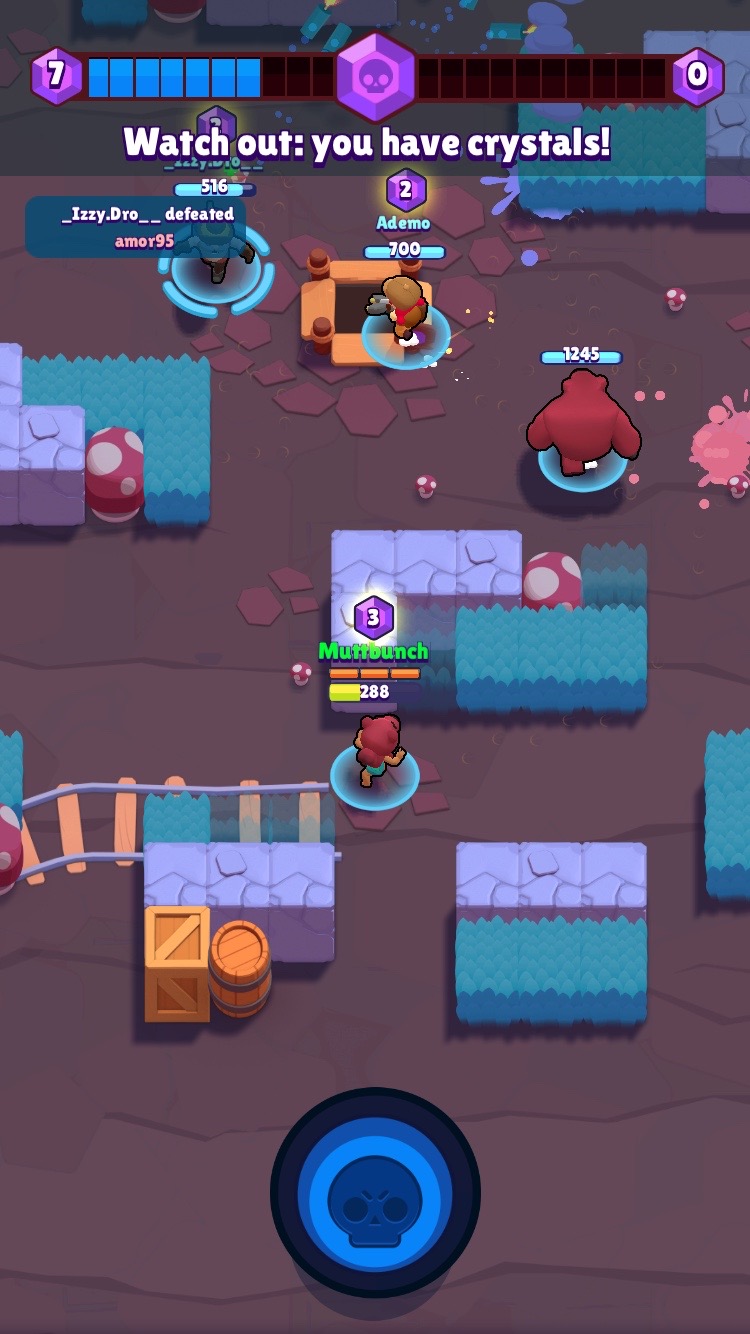 As such, the initiative in matches tends to swing back and forth, as a gem-hoarding brawler is brought down and effectively hands their stash over to their vanquisher.

Adding to this ebb and flow is the fact that characters heal up when they're not under attack, so moments of aggression are often followed by a strategic retreat.

At the heart of Brawl Stars is its characters. You start with a single shotgun-toting badass, but you can unlock more using the game's main currency.

Earning 100 coins will enable you to purchase a random loot box, which either contains a stat-pumping elixir or a new brawler. I had only unlocked two additional heroes at the time of writing, but both were pleasingly unique. 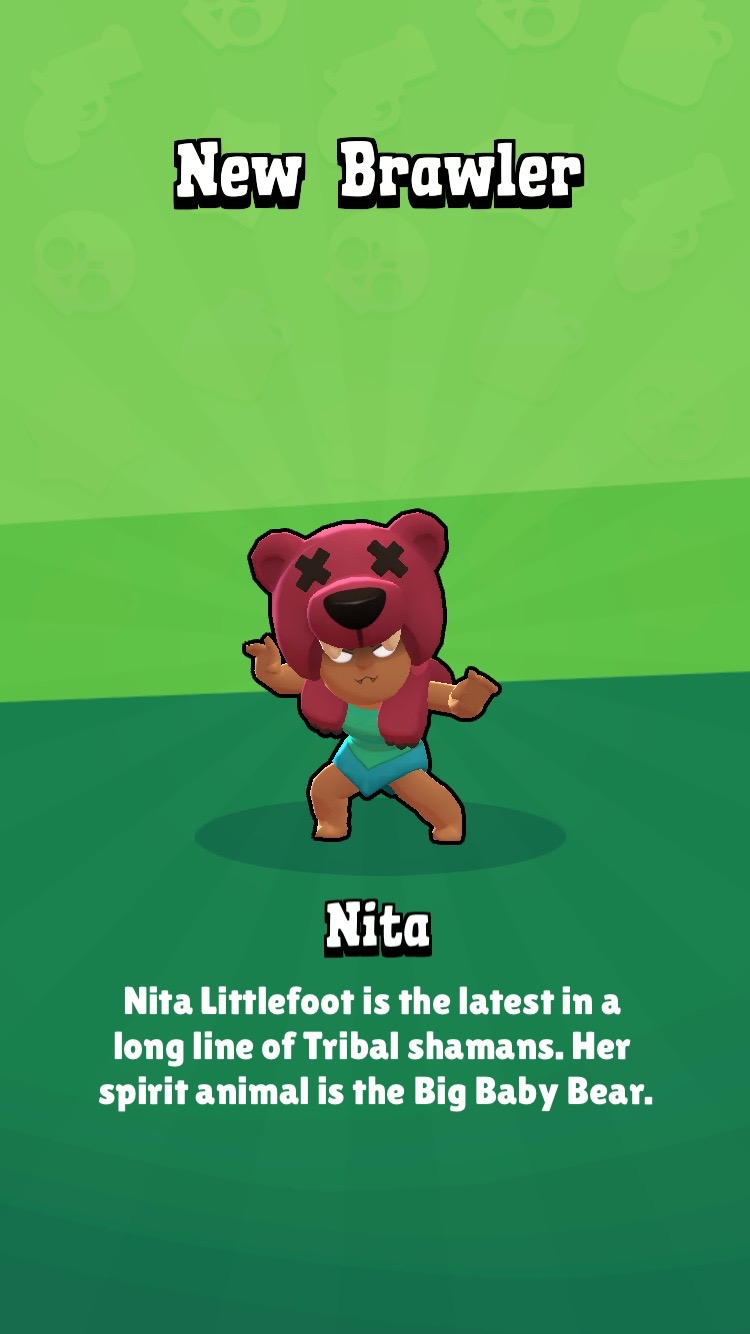 The first one had a relatively weak electrical attack, but their special was a handy automated gun turret. The other hero - my favourite to date - was a feral shaman who could summon a hulking bear minion to attack her opposition.

Of course, I found that other players had unlocked completely different characters, and I'm already itching to head back in and obtain them for myself.

It remains to be seen whether Brawl Stars can sustain this interest over the long haul. Will its levels be suitably varied? Will the characters differ enough to encourage varying play-styles? Is there sufficient scope for emergent tactics? Will the freemium structure damage the game's competitiveness?

But based on my overwhelmingly positive early experience with the game, Supercell could very well have another crossover hit on its hands.

Brawl Stars is in soft launch on the Canadian App Store right now. You can play it by checking out our handy guide on creating a foreign iTunes account.
SEE COMMENTS