Graceful Explosion Machine is a bullet hell shooter which just launched on Nintendo Switch. It's pretty too with cartoon visuals that really pop thanks to the bright colours and chunky design.

There's not an awful lot of competition on Nintendo Switch right now, given that it's just launched. The eShop's a little barren, to say the least.

Still, at £9.99 / $12.99 it's far from a no-brainer purchase. Is Graceful Explosion Machine bullet hell or bullet heaven? Let's find out.

Graceful Explosion Machine doesn't deviate much from the schmup norm. You fly around colourful environments, blasting everything that moves into a shower of sparkly dust.

Meanwhile, you have to dodge enemies and their attacks - no mean feat when the screen is littered with bullets and monsters. Fortunately, you've got a bunch of powerful weapons to help you prevent, and get out of, a bind.

These are mapped to the face buttons and include an energy sword which destroys everything in a circle around you (including bullets), homing missiles, and a sniper beam. 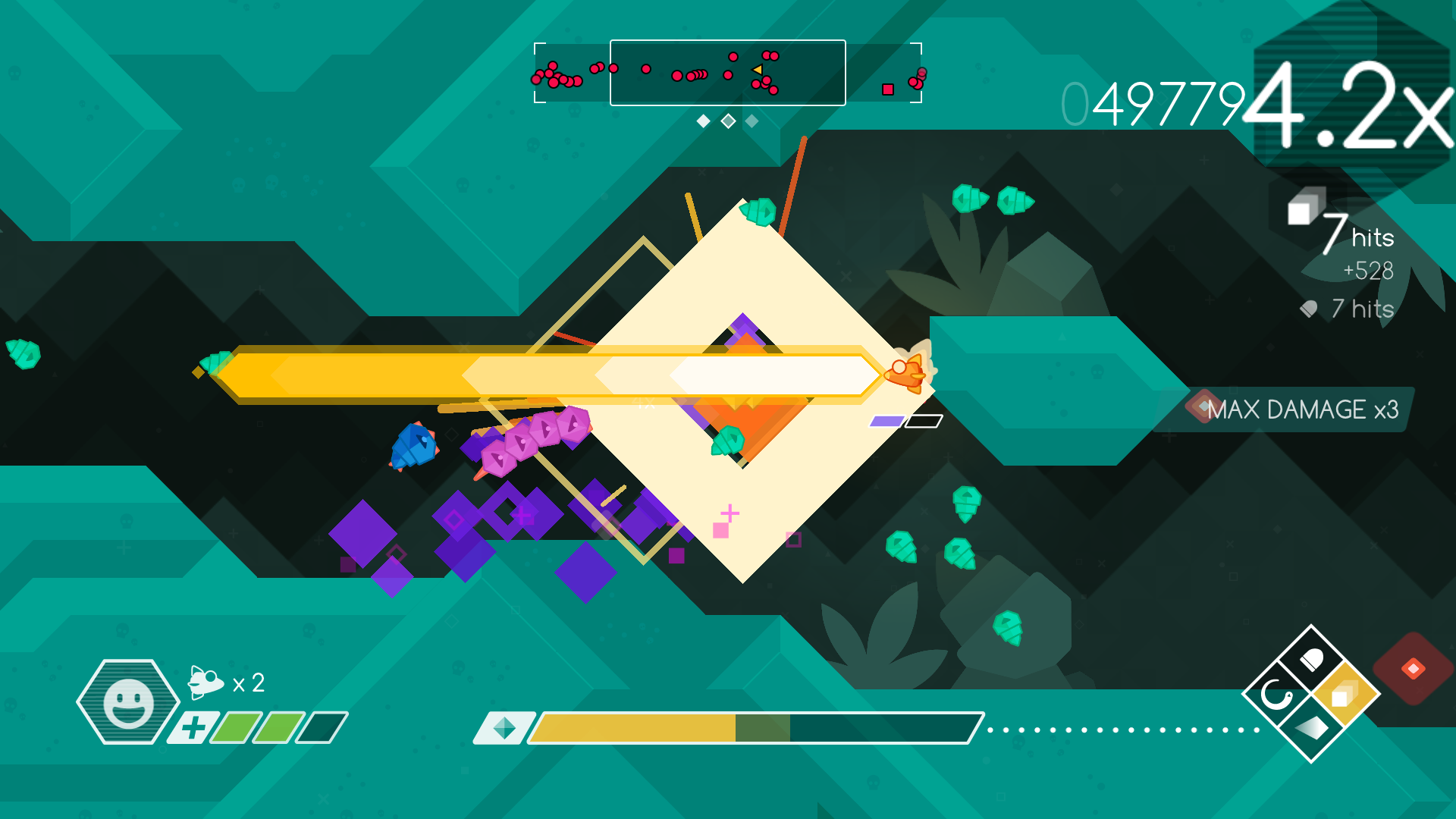 You don't get an awful lot of time to think, so learning enemy patterns and how best to exploit them is key here - as well as which weapons to use and when.

But when it clicks - it really clicks. Spamming your pew-pew laser weapon and watching everything explode is fun enough, but combine it with a round of missiles and you're truly in bullet heaven.

Aside from your weaponry, you also have the ability to flip your ship 180 degrees, which you'll do often to attack the enemies coming from all angles. When you're truly stuck, you can dash through enemies for a moment of invulnerability - just be careful to avoid bullets.

It's a decent control scheme that's never cumbersome, and you really feel like you have all the necessary tools to succeed in each level.

It's a high score chaser, so you have to focus on bringing down enemies as quickly and stylishly as possible. Don't get hit, keep the multiplier active, and use your special weapons appropriately. 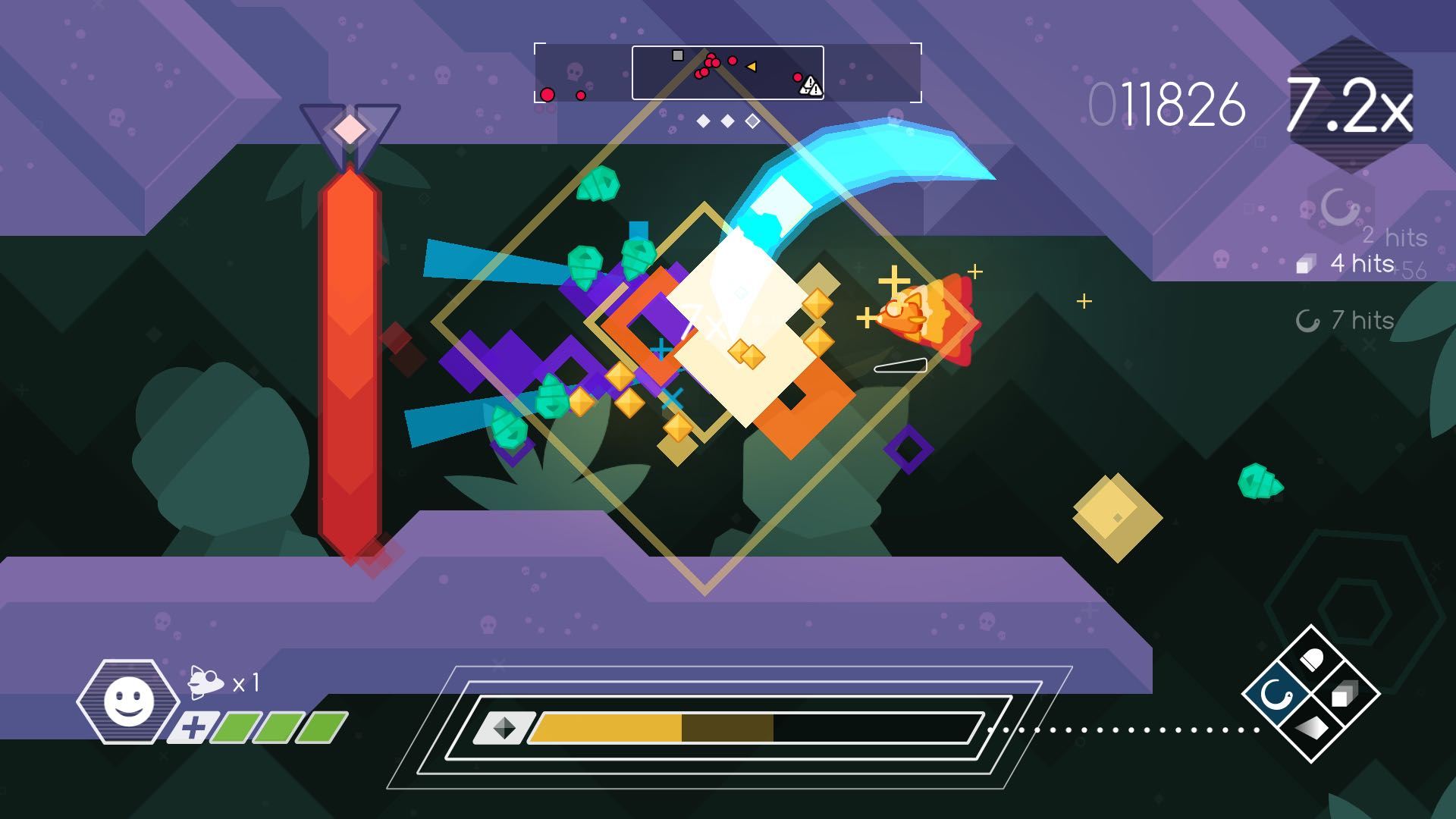 But that's all there is, and given the fact you have to burn through a bunch of identikit levels before you reach a different environment, it quickly gets repetitive.

It would have been way better to have a bunch of different procedurally generated worlds, with different types of enemies spawning in each. Get a decent score in one to unlock another.

That would have solved the problem of repetition, and encouraged you to chase down higher scores in each map. As it stands now, getting the highest ranking in each level just feels like far too much work.

Despite all this, Graceful Explosion Machine is a pretty decent bullet hell shooter. It's gorgeous, has a decent control scheme, and feels so darn good when it all comes together.

It also feels perfectly designed for handheld play on the Switch - one of the first to do so. It looks fantastic on the display, and squeezing it up to your face allows you to see all of the action - which is incredibly important here.

Whether or not it's a good investment comes down to how much you like bullet hell shooters. Love 'em? You won't be disappointed. Unsure? Perhaps skip it until there's a sale on. It's a tad too light on content and repetitive to be a must buy.