The latest update for the popular Marvel Future Fight adds new characters and battles related to the Secret Wars arc.

Secret Wars brings together heroes and villains from different Marvel dimensions and timelines to fight on Battleworld.

This update adds She-Hulk, sorceress Sister Grimm, and the cosmic hero Singularity, as well as costume variants for Iron Man, Captain America, Black Widow, and others. 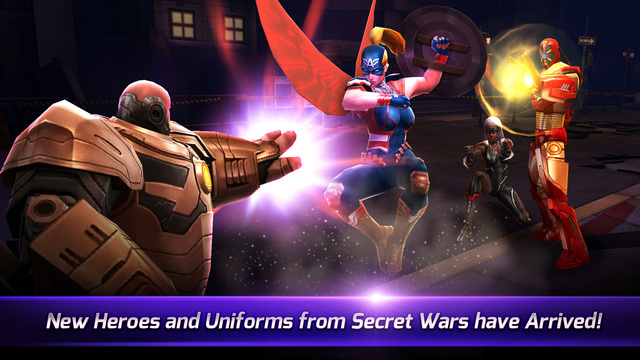 Your super-hero team can fight in the new Battleworld PVP event, which features 2 vs 2 tag battles

In addition to that content, Villain Siege has been expanded with new stages and there are Secret Wars comic covers to collect.

You can download Marvel Future Fight for free on the App Store and Google Play.

Get a first look at the incredibly detailed Real Boxing 2