Forever Lost: Episode 3 - Glitch Games talks about the next chunk of its creepy point-and-click adventure series

The Forever Lost series is an engaging, often creepy point-and-click adventure set in an abandoned asylum. It's grim, witty, and we really enjoyed the first two episodes here at Pocket Gamer.

The third canonical episode is now on the horizon, so I took some time to talk to Graham Ranson and Simon Pearce from Glitch Games about making the last chunk of the trilogy, how the weight of two critically acclaimed episodes has added to the pressure of building the third, and why a game about a pun-spewing mule wasn't as well received as they'd hoped.

You'll also be able to check out some exclusive screenshots of the Forever Lost: Episode 3 interspersed with all those long words. There's some more in the gallery at the top of the page as well.

Pocket Gamer: First up, could you give us an idea about where Forever Lost: Episode 3 takes the story of the series?

Simon: Episode 3 ties up loose ends and adds more clarity to the previous episodes. We can't give away too much, but we can say that it will feature deeper story elements, and will hopefully answer most of the questions that people are asking about the game and Jason's journey.

Graham: Episode 1 was predominantly about Jason trying to figure out where he was whilst trying to find a way to escape.

Episode 2 was really focused on Jason trying to discover who he was and what was going on.

In episode 3 Jason will be forced to fully explore who he is, who has done this to him, and why. But he may not like what he finds. 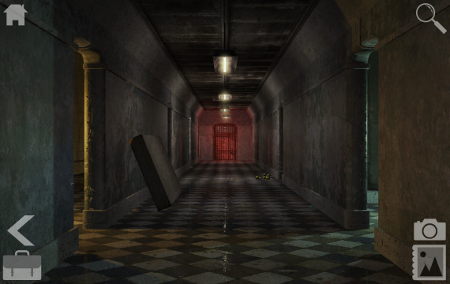 What's it like making the third game in a series? Is it more difficult working with the expectations of the two previous entrants in the series?

Graham: In a word, hard. In another word, fun.

Certainly having people waiting for it has put a lot of pressure on us, or at least at times it's felt like it has, but we're not letting it get to us.

No matter what we create there will always be people that aren't happy with the way the story ends, that's just how it goes.

That being said, it's a truly awesome feeling to know that people are as excited about the new episode as we are. When we were developing the first episode we had no idea if anyone would like it, which itself is an entirely different kind of pressure.

Having people actually waiting for the episode tells us we must have done something right.

The main problem, for us at least, with working on the 3rd part of the series is trying to answer as many questions as we can and tie off any loose ends.

When developing the first 2 episodes we always knew where we were going story wise, but this didn't stop us from occasionally going off book and adding things in that we thought would be interesting or fun.

We're not setting out to answer all the questions we posed because that wouldn't be fun, for us or the players, and by leaving certain things open we allow for the multiple interpretations of the story, but we will be answering many of them.

For example you'll finally find out what happened to Hugo and if he ever found a way out of the forest you very carelessly left him in.

Simon: The third instalment has been the hardest for me. With Episode 2 we hit the ground running, we had a game people wanted to play and we knew that it could also be expanded and improved upon.

Episode 3 needs to pull together our creative vision into one cohesive experience, while keeping the story tight and clear, and also providing the same explorative sense of adventure we had in the previous instalments. 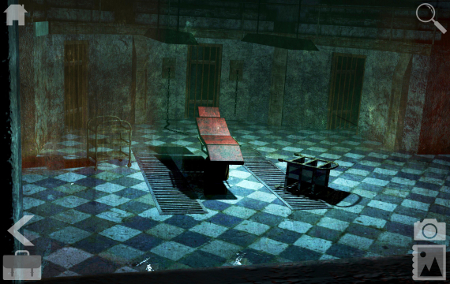 Do you think a horror game on a smartphone or a tablet can ever be as immersive as something on a console or a PC?

Simon: Even though I wouldn't strictly class Forever Lost as a horror game, I would certainly like to try making an immersive horror game for mobile devices in the future.

It all comes down to where the games are being played. Since mobile games can literally be played anywhere, immersion is governed by surrounding environments more than anything.

If you were to play Forever Lost alone at night then I'm sure the immersion level and general gaming experience would be very different from somebody playing 10 minutes at a time on a busy train commute.

Graham: Generally speaking a PC or console will be in a living room or bedroom, where you have complete control over things like turning the lights off and closing the door. However with a mobile device you could be playing pretty much anywhere.

This is both an amazing thing to be able to do and a possible problem for immersion.

If you're sitting on a bus or tube you'll probably only be able to play a game in small intervals whilst dealing with crowded carriages, busy people, sticky seats, and that person sitting opposite that just won't stop staring at you.

If you take that same device home with you and play in a darkened room with headphones on it can be just as immersive as any non-mobile game. Sadly we can't control where a player chooses to play our game.

Although we've actually had a couple of players email in to tell us that they were playing the game on a bus with headphones on and were so engrossed in it that they actually missed their stop. We counted that as a win. 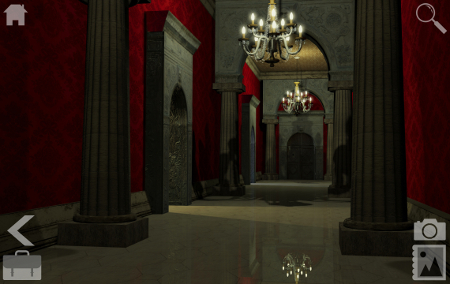 Your last two games, Ferris Mueller's Day Off and Cabin Escape: Alice's Story weren't quite so well received as the main Forever Lost series. Why do you think that was?

Cabin Escape was created as a thank you to the fans of Forever Lost, and Ferris Mueller was a little test project.

Cabin Escape was something I worked on for a few months outside of office hours and then we put it all together within a couple of weeks.

We never intended for it to become a huge blockbuster, or to use it as a money spinner. It was a simple thank you with the option to support us through purchasing hints.

Ferris Mueller was a silly game, built from puns, references, and ridiculous humour. We had our reservations, and I think the main reason it didn't do so well was because we created a game that we wanted to play, instead of having the same focus we had with Forever Lost.

Having said that, most people that have played Ferris Mueller have really enjoyed it. The customer reviews are favourable and it makes me wonder whether it is just a marketing/exposure thing.

Graham: It depends on who you speak to really, from a player perspective people seem to have really liked what we've done with the games, they get the humour of Ferris Mueller's Day Off and appreciate what Cabin Escape was created to be - a series teaser for the uninitiated and a gift for existing fans.

We haven't managed to get as much coverage for Ferris as we were hoping for, and what we did get wasn't exactly favourable - which we're fine with as we knew it was quite a departure from the Forever Lost series and expected it might not go down brilliantly.

We constantly joke in the office that if we were to re-release Ferris exactly as is but with the visual style of Forever Lost it would probably do much better.

A lot of people seem to have been put off by the visual style, and then when they've got around to playing it due to a new free version they've told us that they really enjoyed it. 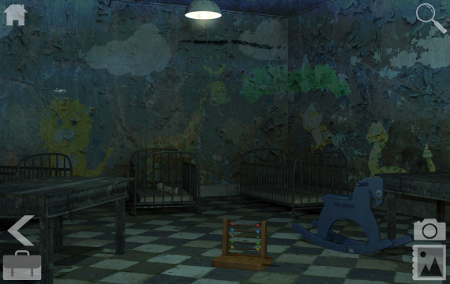 Lastly, how long until Forever Lost: Episode 3 is ready?

Graham: Our most accurate release date currently is "not tomorrow", which I know isn't all that helpful.

We've given out a couple of possible release dates for it in the past and then other things sort of got in the way and we missed the dates which no doubt annoyed people, ourselves included.

So now we've decided to not announce any release dates until we are sure we can hit them.

That being said we're very confident the game will be out this year and we know for a fact we're not going to be releasing it in the same week as The Room 3 as we'll be too busy playing it. Plus we want to give them a fair chance.

Forever Lost: Episode 3 is out in the next few weeks, we've got your first look

Forever Lost: Episode 3 is coming to Android, iPhone, and iPad in the very near future