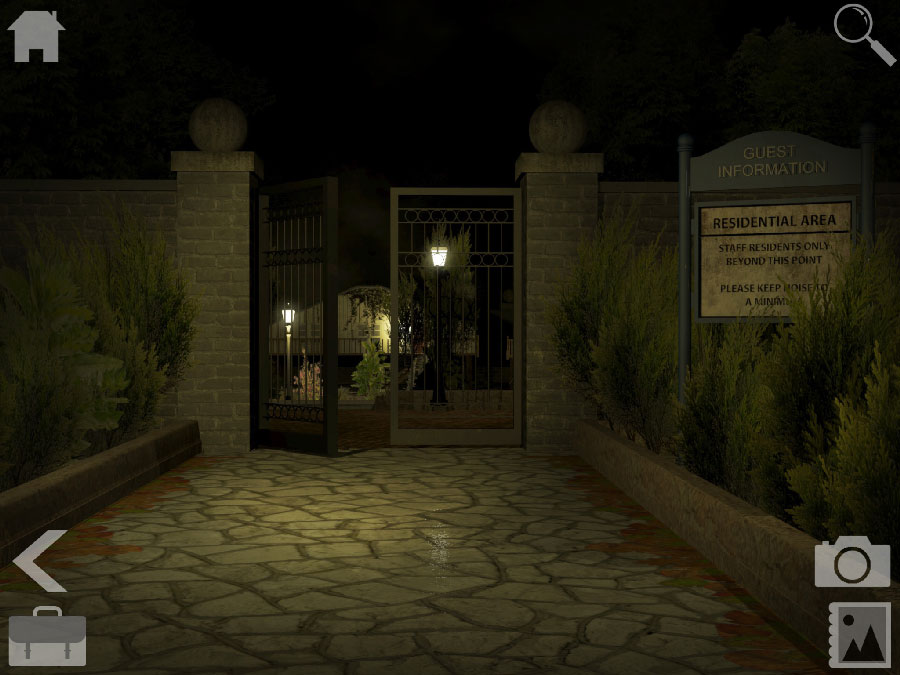 Go up the steps, and head left. Look at the "Residential Area" sign, and pick up the umbrella. 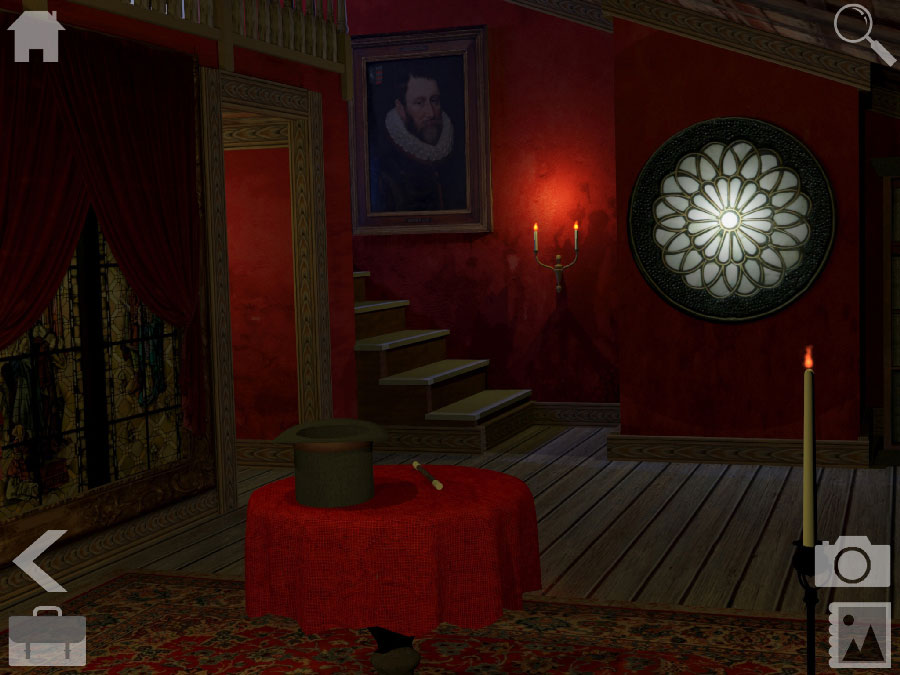 Go through to the residential area and into house 17. Take the key from inside the magician's hat, and the magic wand from the table. Go into the kitchen and get the instant coffee from the cupboard. Go into the other room and take the broken saw. 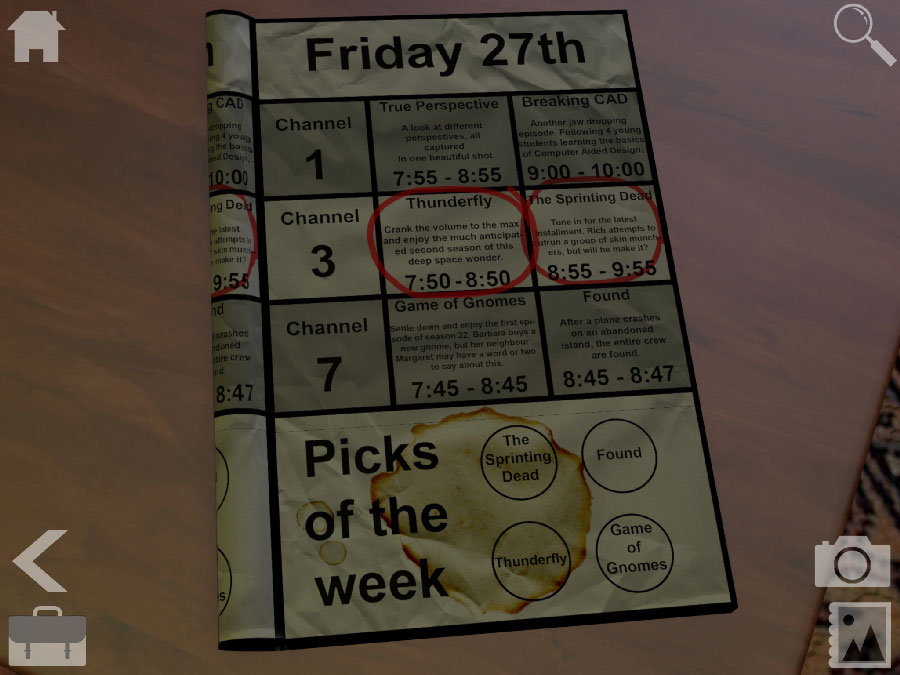 Leave the magician's house and go into the other residence. Make a note of the television schedule. Try to take the developer fluid, and then look at the recipe for making more. Take a picture of this. Also make a note of the book on developing photographs on the kitchen counter. 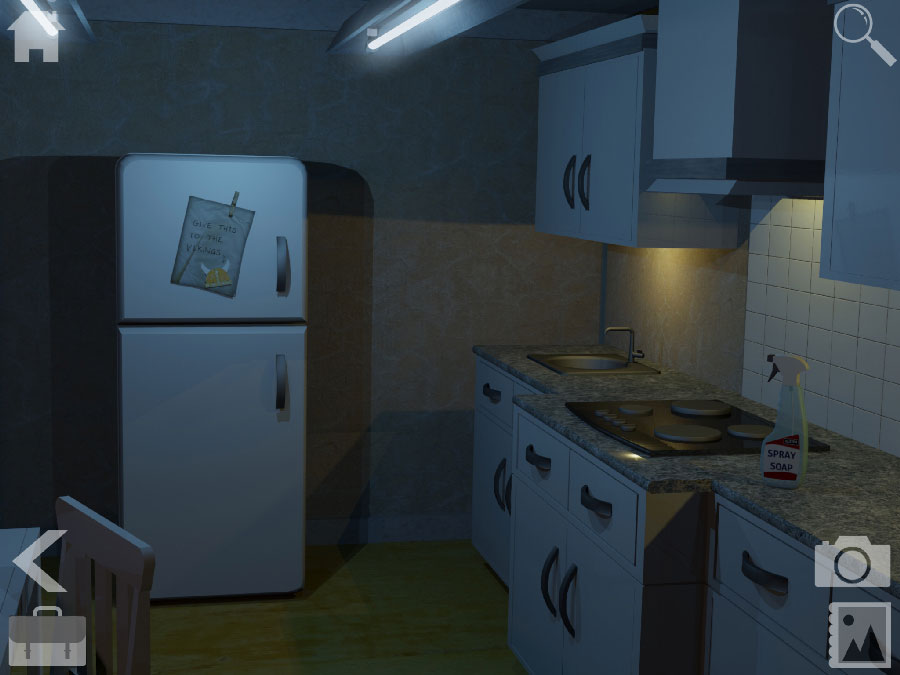 Go into the kitchen and get the spray soap off the counter and the viking helmet magnet off the fridge. Go upstairs and grab the mannequin, and make a note of the strange pattern on the bed. 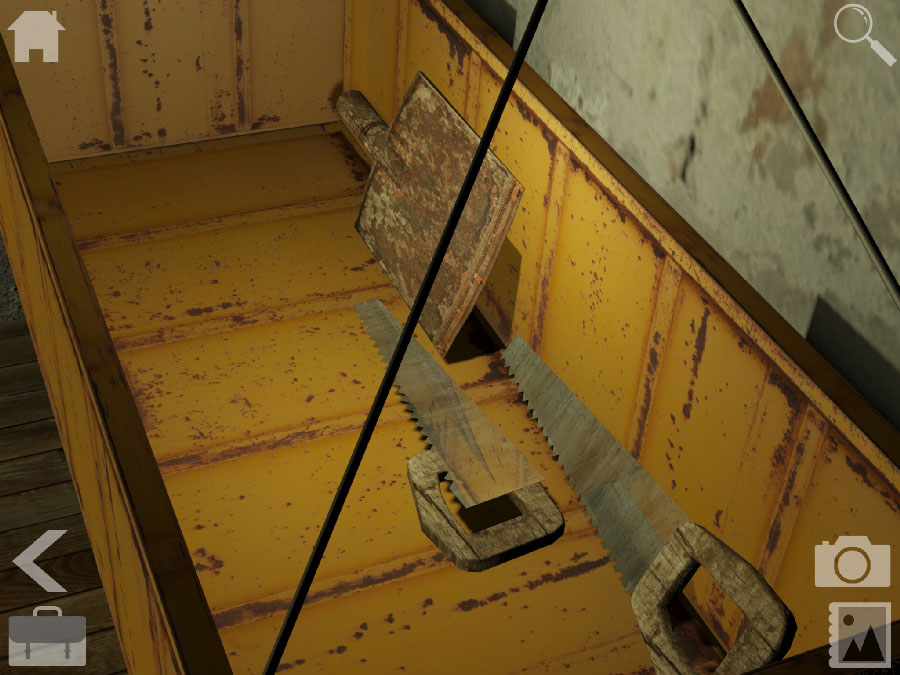 Go all the way back to the first area and place the broken saw in the weight-sensitive container. Grab the complete saw. Return to the magician's residence and place the mannequin in the magic box. Close the lid, then use the saw. Make a note of the symbol on the mannequin's cross section. 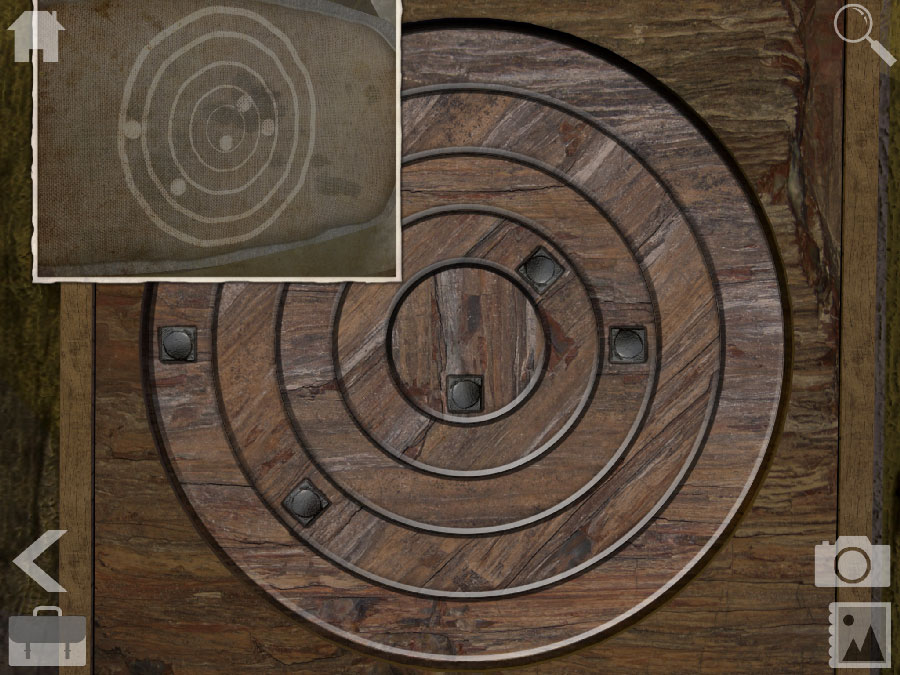 Go back to the forest and enter the shed by the bridge. Inside, use the symbols from the mannequin to twist these dials and match the placement of the studs. It will open up and give you three items: a metal ring, some lantern fuel, and an old key. 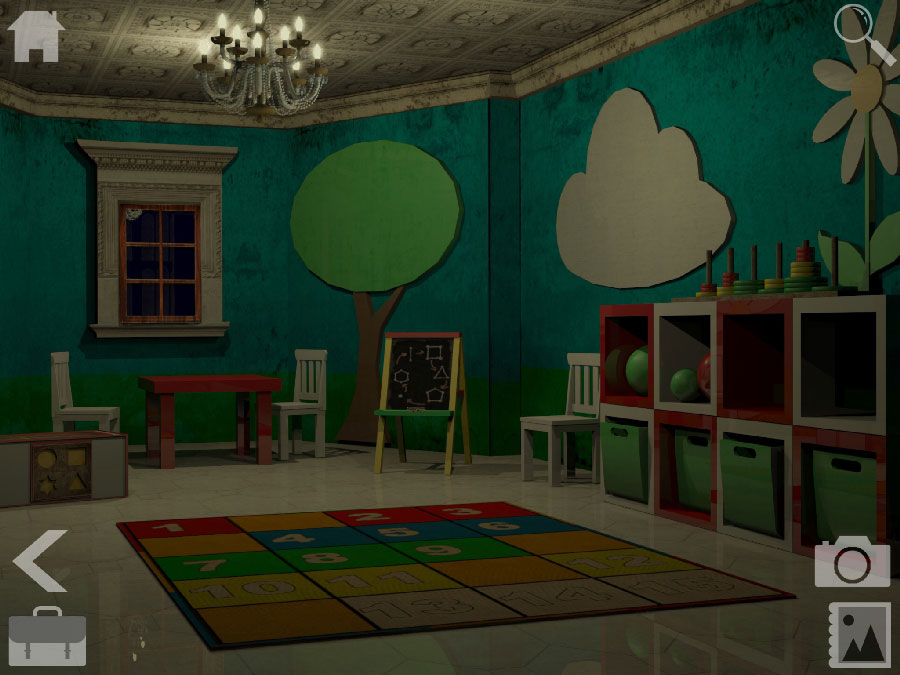 Let's explore the manor now. Make a note of the dates in the visitor's book in the entrance, then head into the kids room. Take photos of the drawings on the chalkboard, the numbers on the play mat, and the placement of the rings on the towers of hanoi. Take the eraser from the chalkboard. 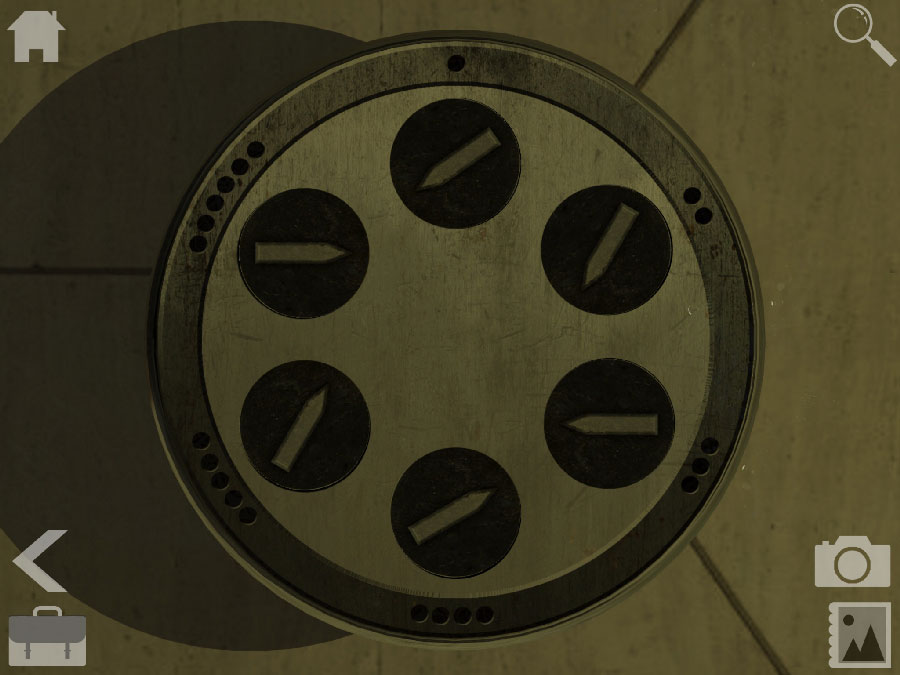 Go to the left corridor, on the lower floor. Then into the first room - which has candles and a pentagram on the floor.

Look at the cylinder on the floor. Your goal is to rotate the dials so that each number of dots is pointing at another number of dots, as shown on the chalkboard in kid's room. 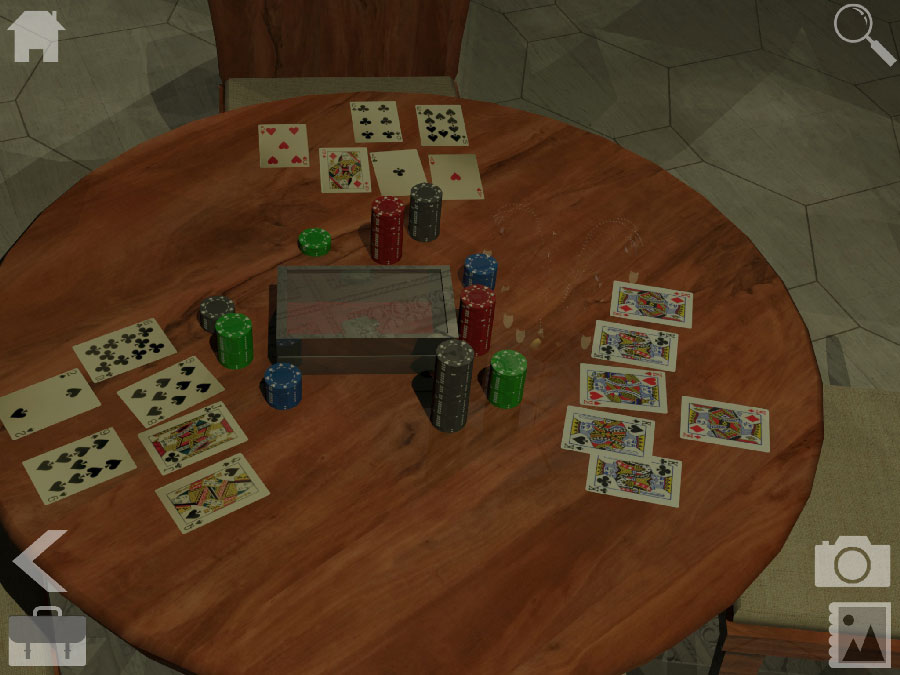 At the end of the corridor, use the viking magnet on the right side of the table (the note actually said "Give this to the VI Kings", or 6 Kings). Take the lighter from the box. 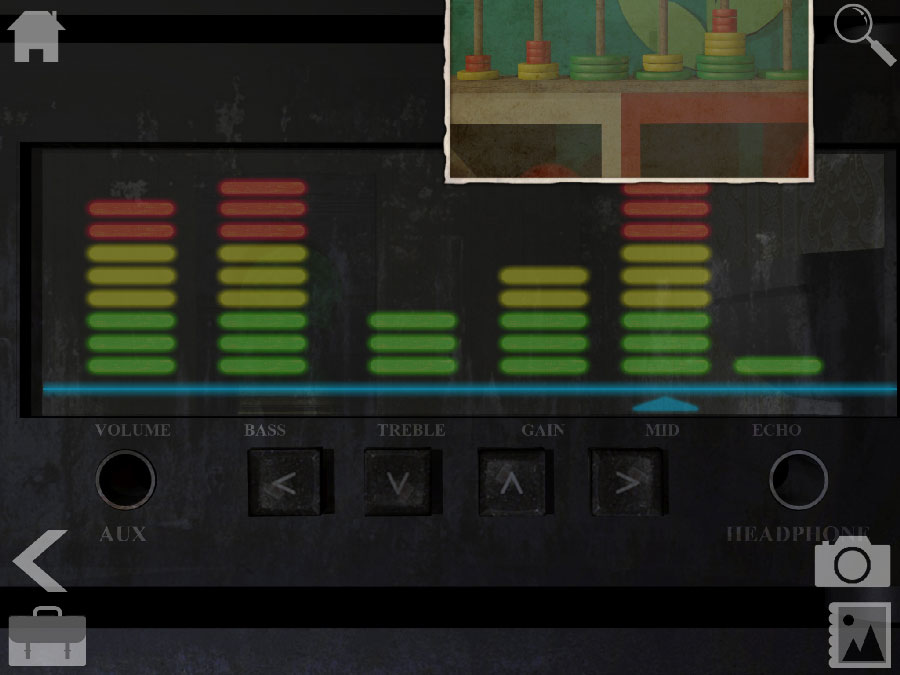 Go upstairs and into the second room. Take the glitch token from the bedside table. Look at the stereo and adjust the six nobs to make the display mimic the towers of the hanoi toy, from the children's playroom. The exact answer is shown above. You'll get some vitamin C for your trouble. 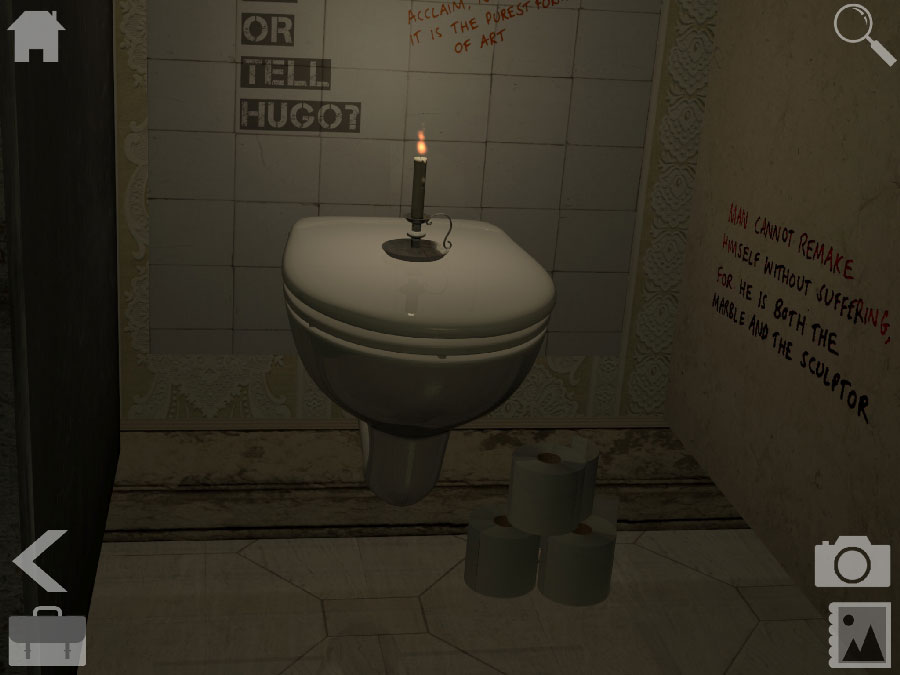 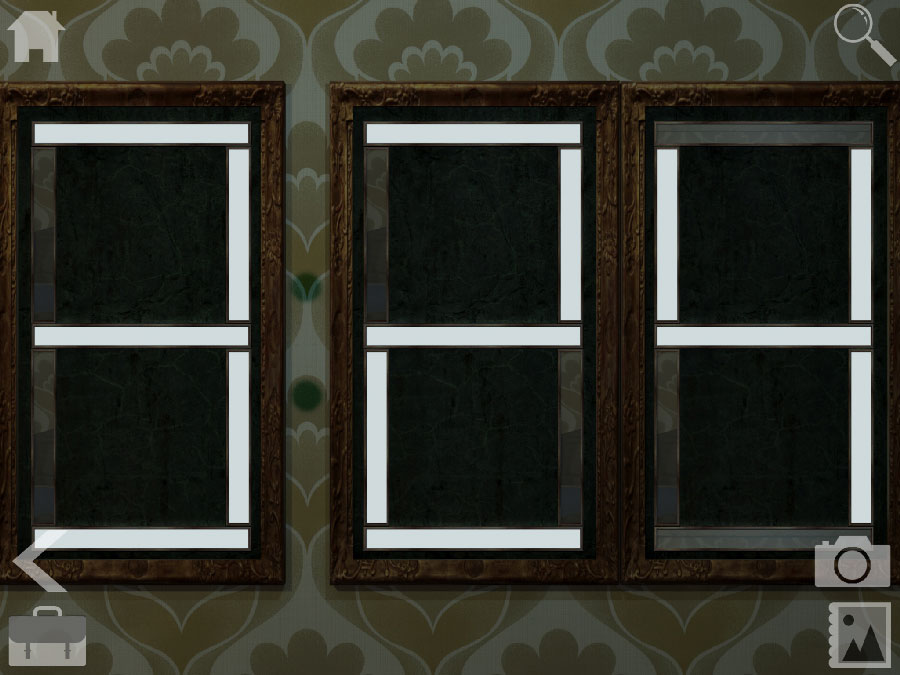 In the last room on this corridor, look at the windows. You'll be able to tap the frames to turn them on and off. Make them say 3:24, in digital clock form, to open the one on the right and reveal a triangle-shaped puzzle piece. 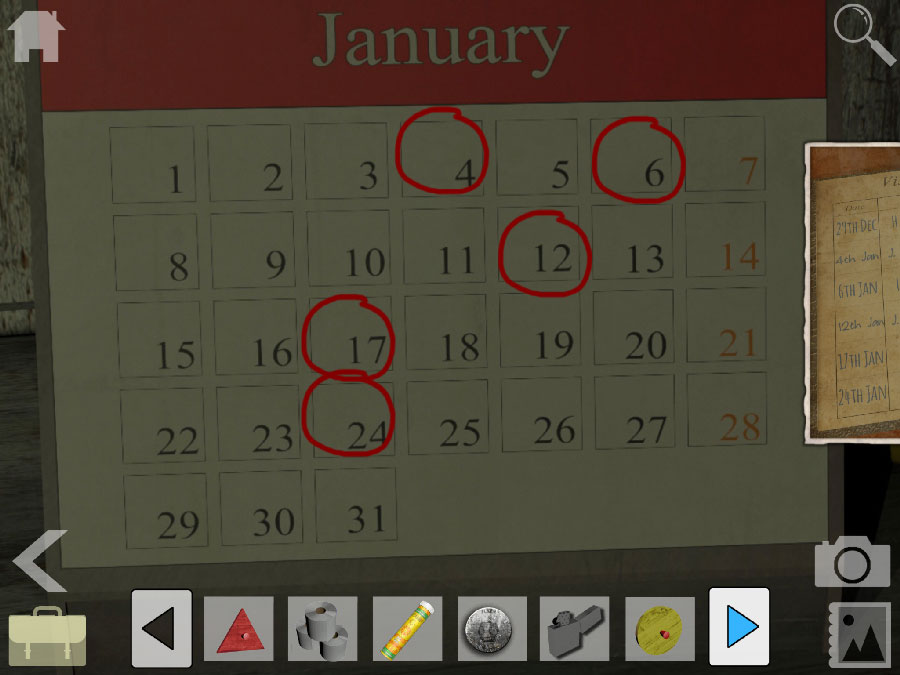 Go into the first door in this corridor and look at the calendar. Use the eraser to get rid of the erronous date. Then use the red marker to circle the five January dates from the visitor's book. This will open a secret compartment, containing a token. Grab it. 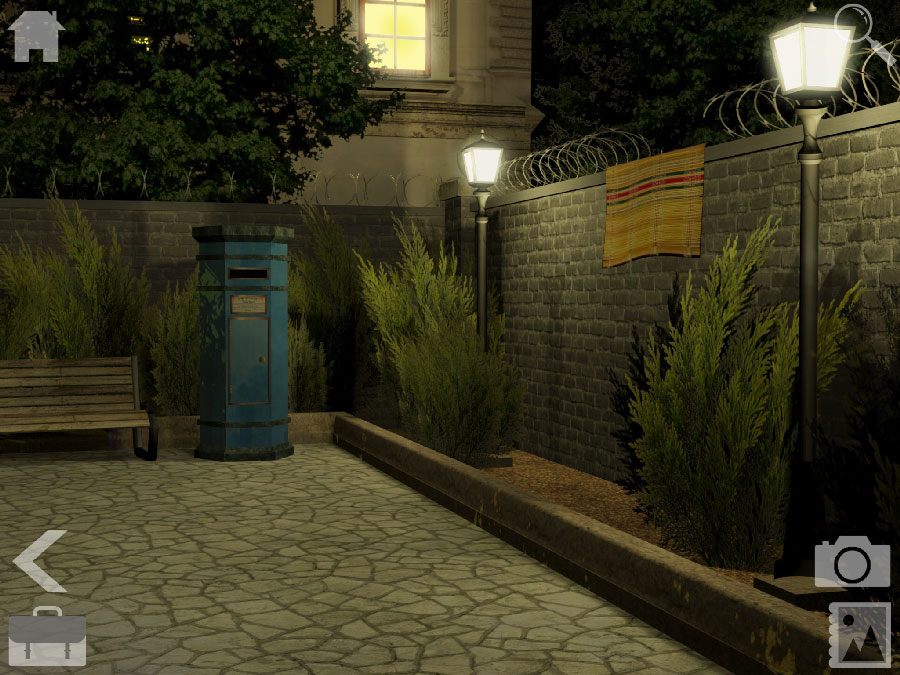 Let's go to the asylum. Head out of the manor and head right. At the end of the road, use the ladder on the sheet and jump over. Use the crowbar on the barricade and enter the asylum. Inside, grab the baby monitor. 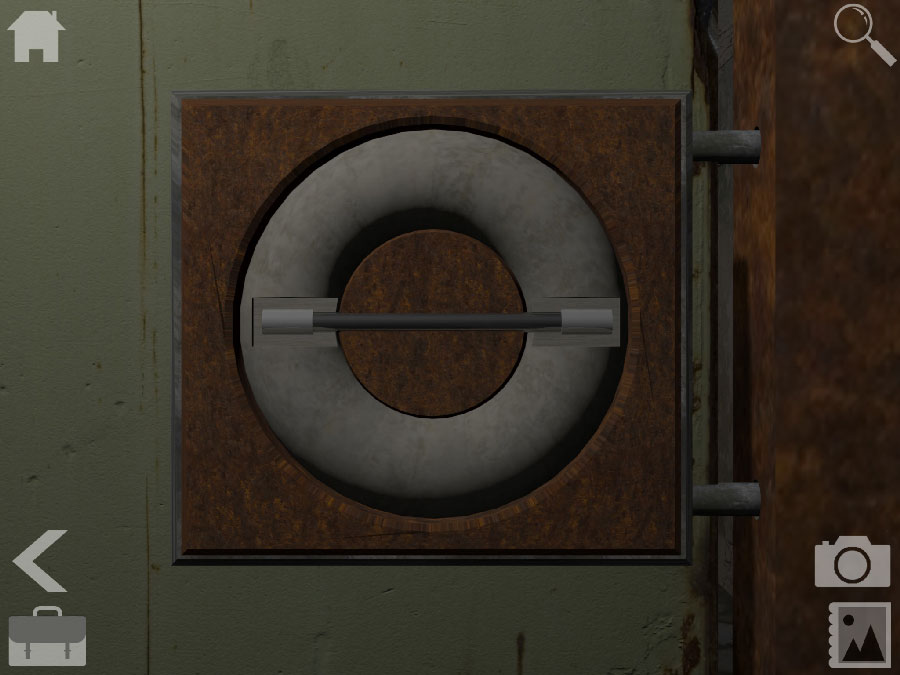 Place the metal ring from the shed, and the magic wand from the residential area into this door. Twist it, to open the way.