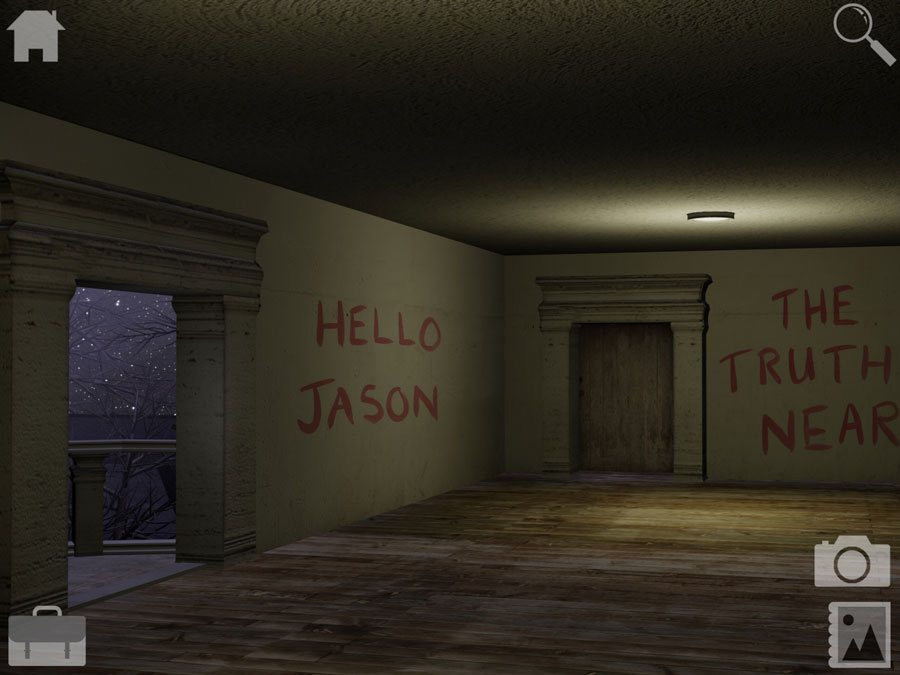 We start in this barren room. Open the door at the far end and wander through. 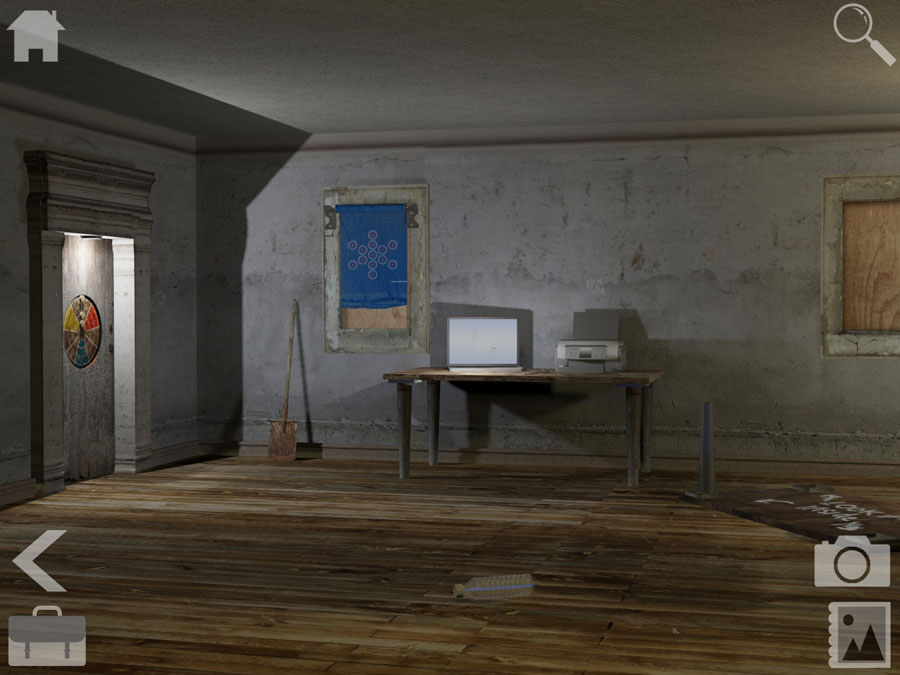 Pick up the distilled water and spade. Look at the desk and grab the wrench. 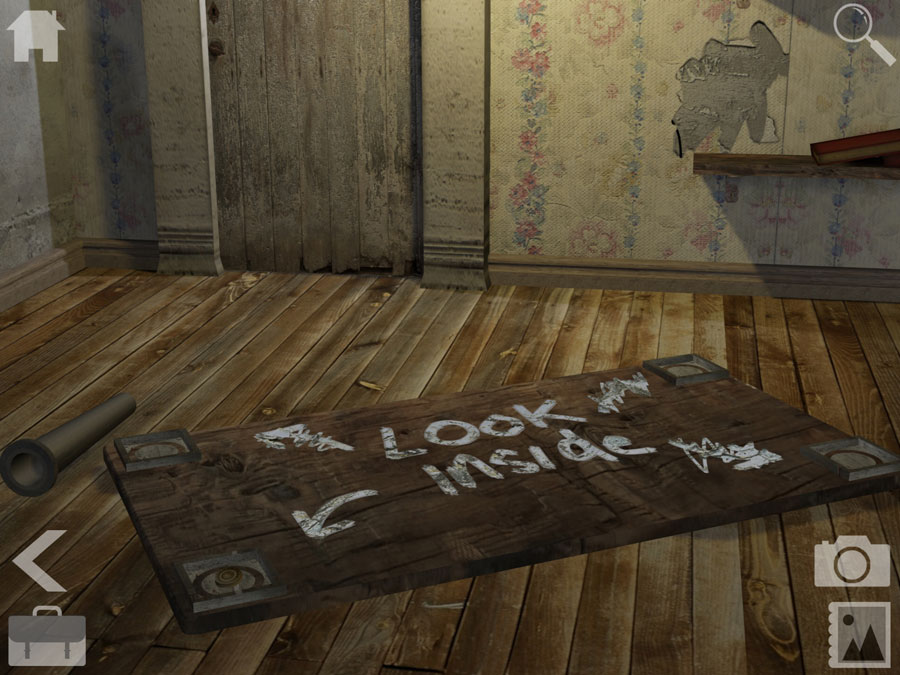 Check out the upturned table. Use the wrench on the table leg to remove it - then pick it up, and grab the wooden cog from inside. Tug at the wallpaper on the back wall to reveal a secret image - and don't forget to pick up the wallpaper itself. 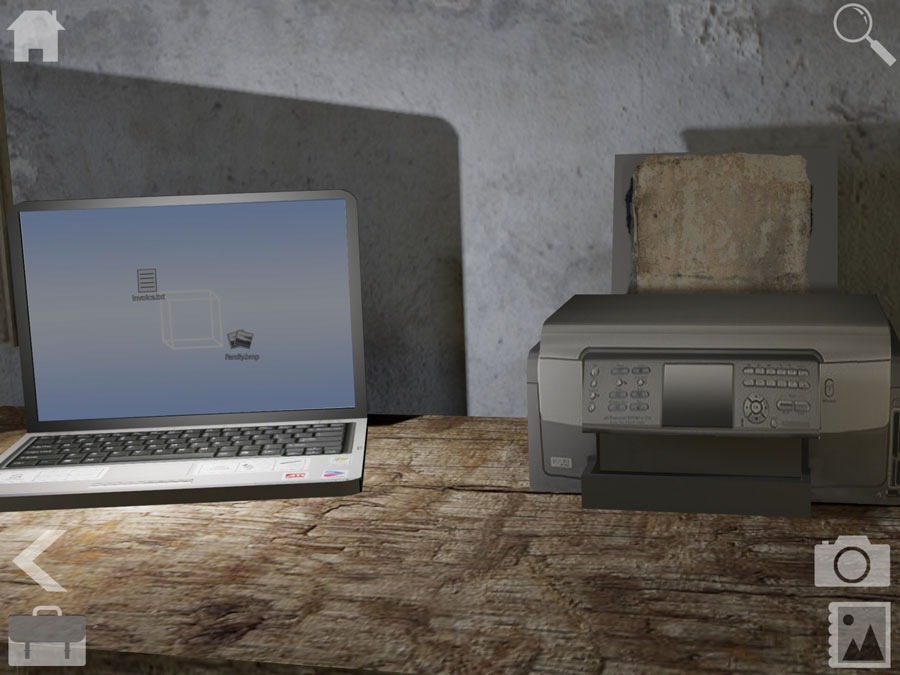 Look at the desk, and use the wallpaper on the printer. Investigate the laptop and print out the invoice. Take a picture to save it for later. Also, look at the child's drawing, and make a note of the "5.9" that is hidden in the crayon work. 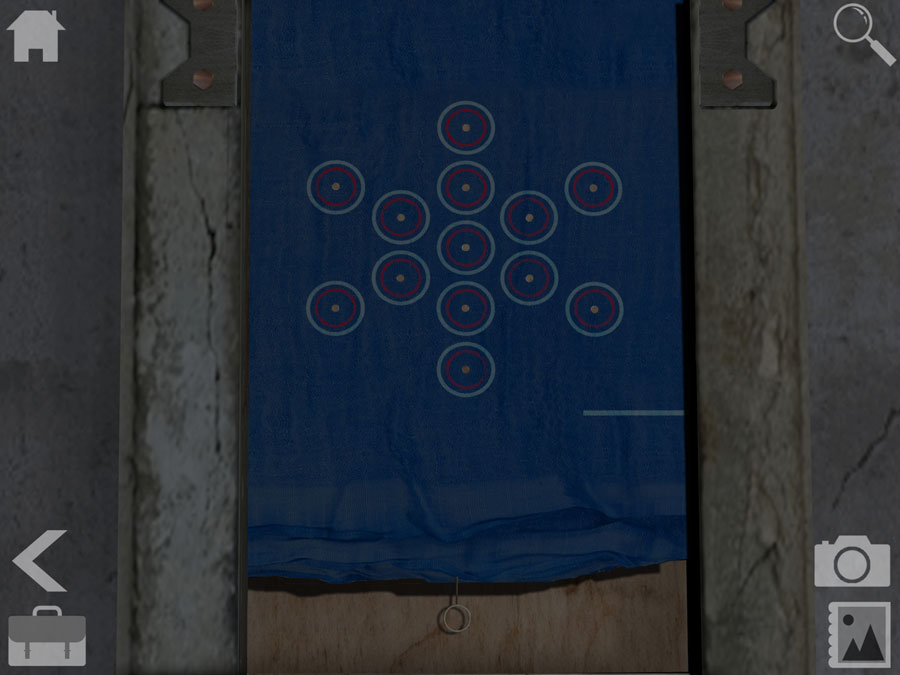 Lift up the blind and grab the car key. Then use the wrench on the bolts up top to remove the blind from the boarded up window. 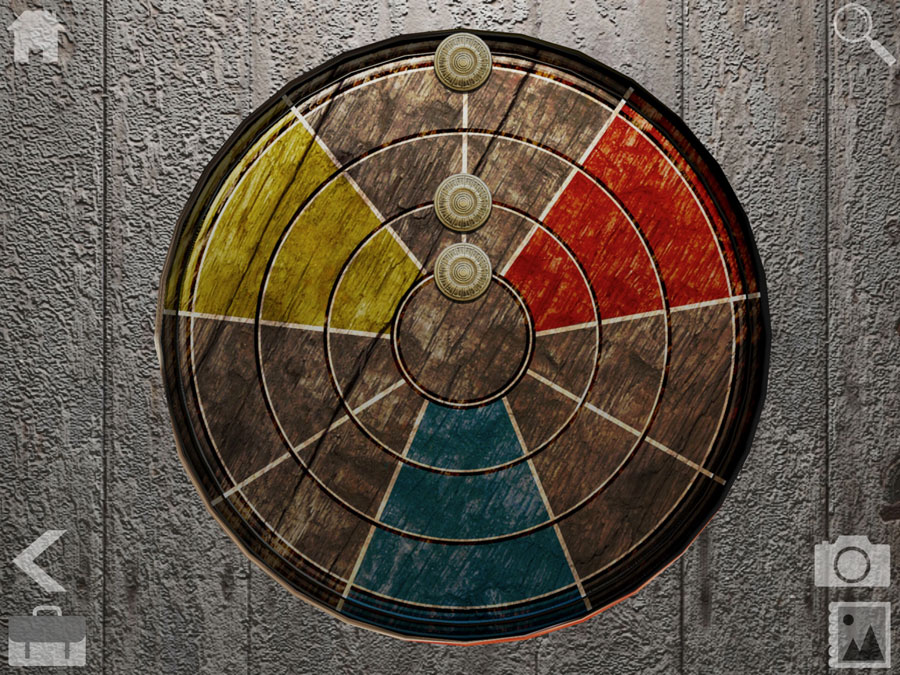 Look at this door, and place the wooden cog into the gap. Now the idea is to set the four cogs going, so the bottom two are in the yellow area, and the top two are in the blue area, at the same time. Like the image hidden behind the wallpaper. 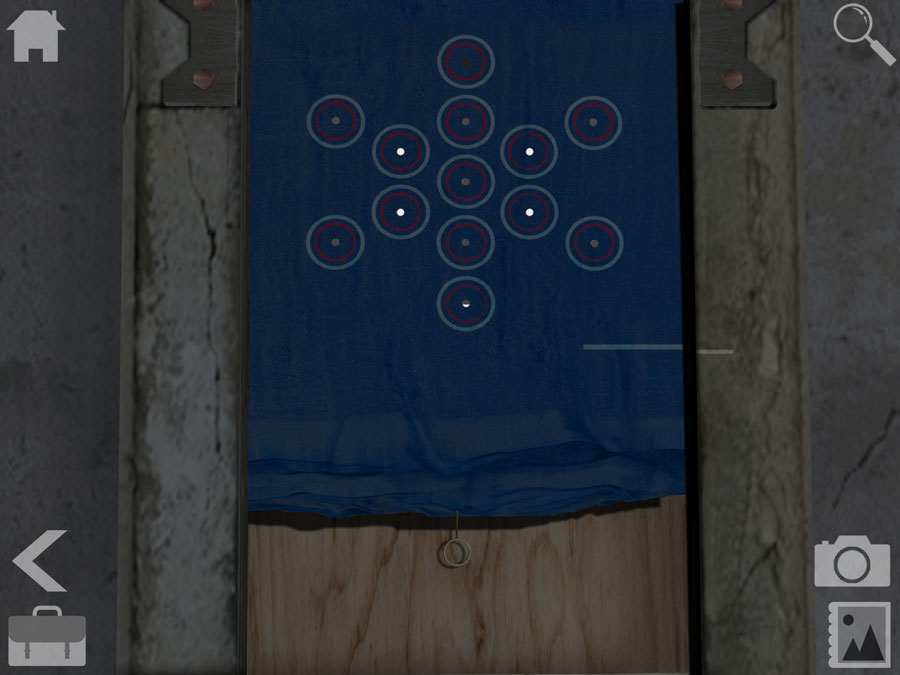 In this room, make a note of the scratchings underneath the table. Then place the window blind over the computer screen that is flashing "H - U - G - O" and raise it so the line on the blind matches the line on the wooden frame. 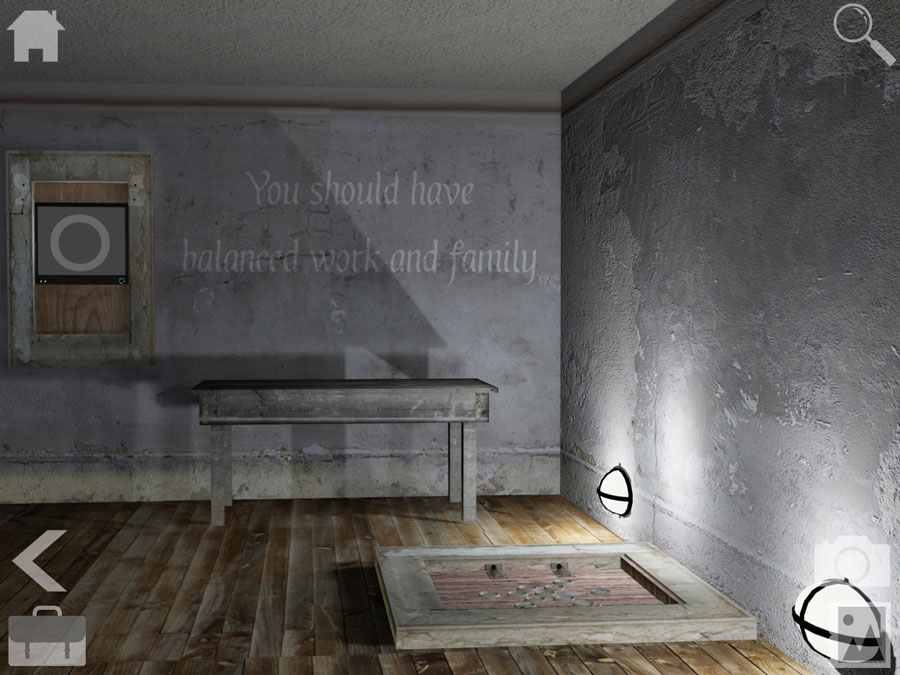 This will make four light patterns shine through the holes on the blind. Note them down, then repeat them on the buttons on the trap door, elsewhere in this room. Do all four to unlock all four latches, then lower yourself down to the next room. 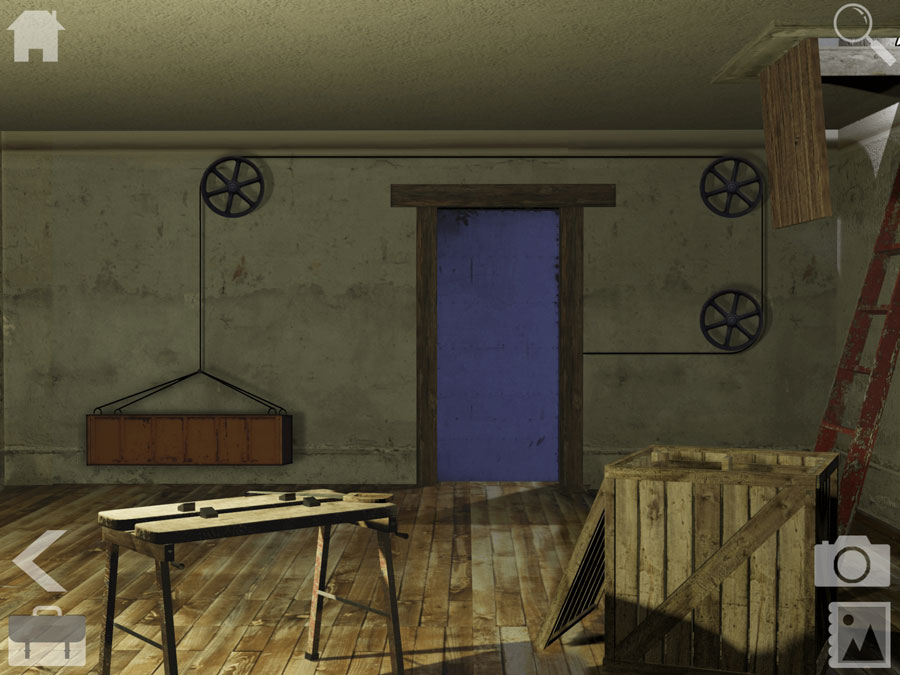 Take the saw from the table, the playing cards from the crate, and the crowbar from the orange container. Now, the solution is to fill the container with items that weigh, in total, 5.9 kilograms.