Lust! Greed! Envy! Wrath! The other ones! 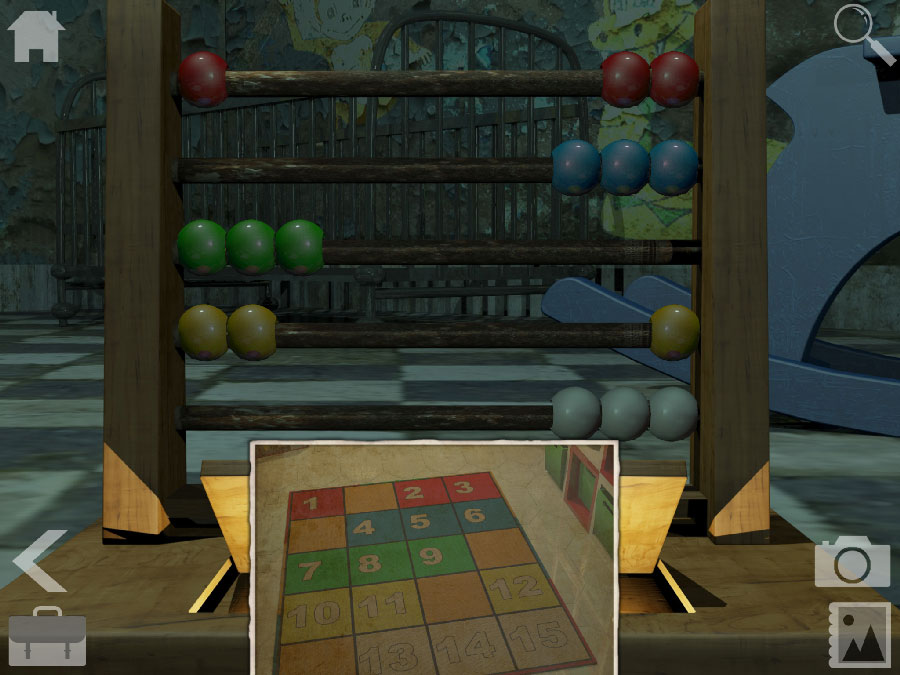 Go into the old children's room. Make a note of the four materials, used in the building blocks on the floor.

Look at the abacus, and move the beads in accordance to the playmat from the kid's room in the manor. You'll get a key for your trouble.

Also, look at the robot to get a star dial and use the battery from earlier to power him up. Tap on him, and remember his little jig (Left, right, left, left, right). Finally, take the other baby monitor from the crib. 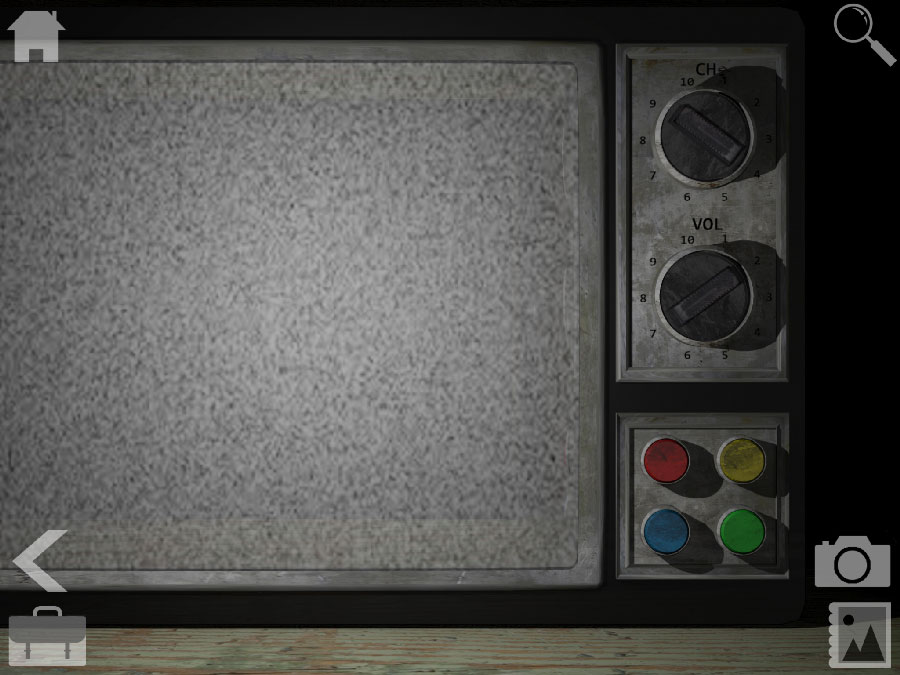 Go into the TV room and use the information on the TV guide, from earlier, to press the right buttons. You need to set the channel to 3, the volume to 10, and then press the red and blue buttons at the same time. Take the key from the drawer.

Before you go, put the baby monitor on the plinth next to the milk bottle. 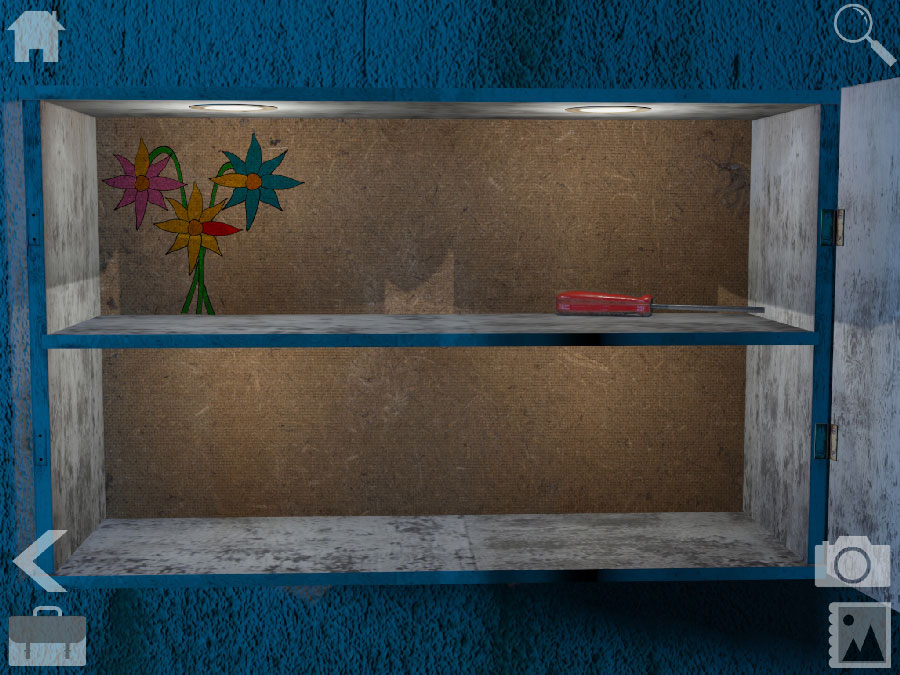 Go into the bathroom and look in the cabinet. Take a photo of the flower image, while you're here.

Remember that. Put it in the ol' memory bank. Before you leave, use the screwdriver to remove the mirror again. 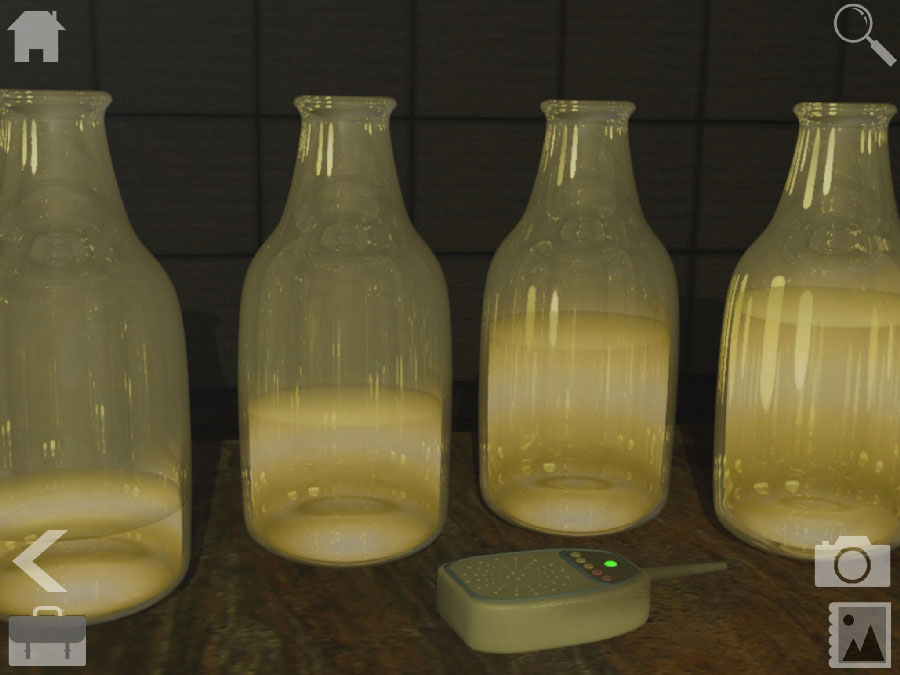 Go into the padded cell and use the baby monitor on the jars of… I don't really want to know. Then tap out the code from the bathroom.

This will unlock the box in the TV room, and give you a third key. 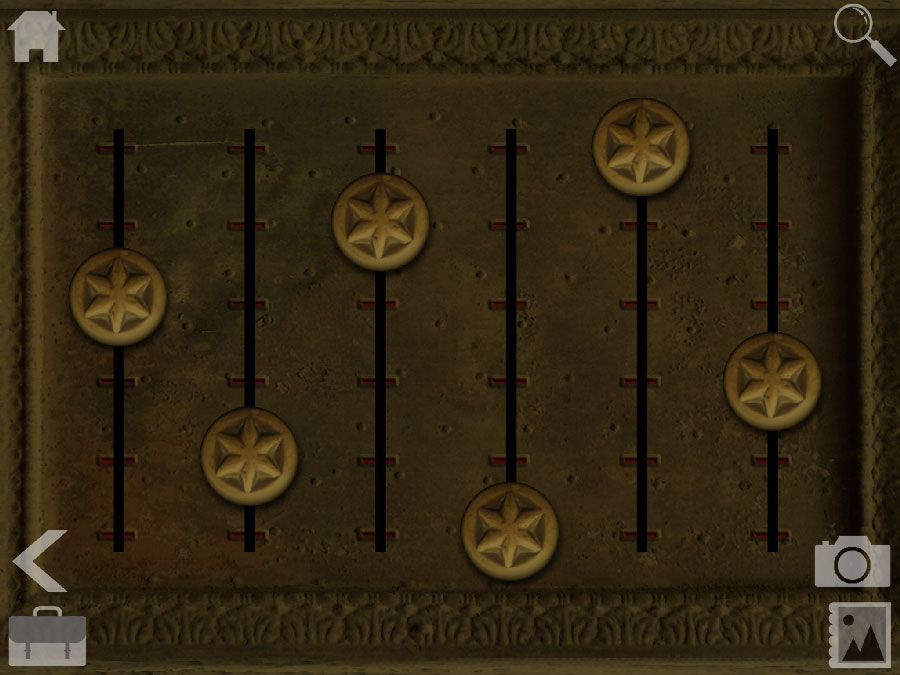 Return to the cabin, go into the bedroom, and place the star dial from the robot's butt on the plaque. Then, move the dials up and down, in accordance with the pins on the pinboard in the other room. Copy the image above, if you're not sure. Inside is a wooden dial. Take it, and return to the asylum. 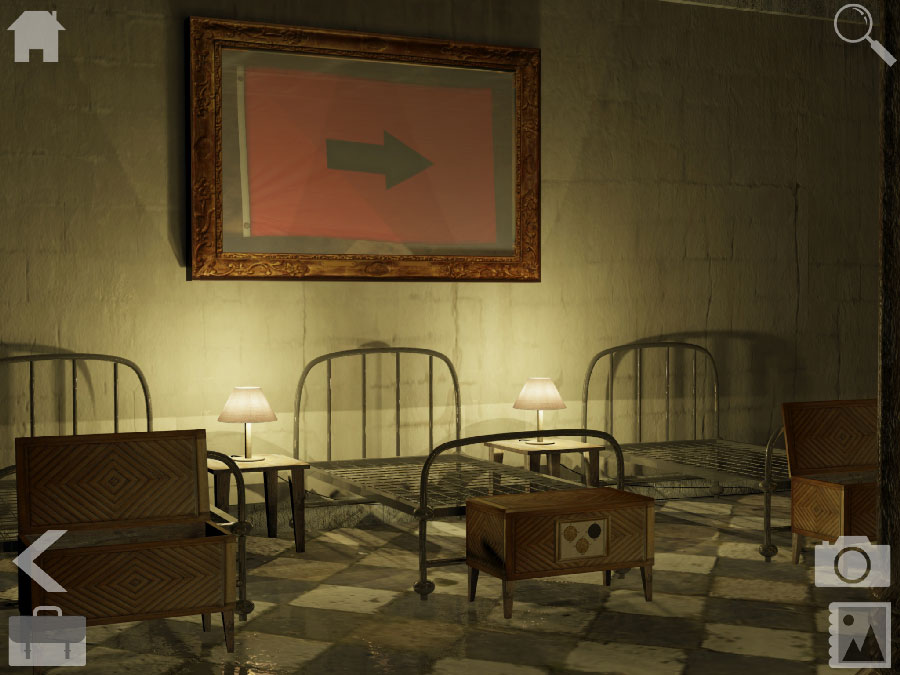 In this room, first use the crowbar to smash open the glass case and take the flag. Then place the wooden dial into the cabinet and twist them to match the flower pattern from the bathroom (left dial points up, middle dial points right, right dial points left). Inside is a casette and a key. Take both.

Down the hall, place the four keys into the four slots, then hit them all at the same time by tapping with four fingers. This will open up a new room. We can't do anything in there yet, though. So it's time to open the locked door in the manor.

To do this, we need to scrub away the seven deadly sins, to get 12 digits, to make up a key code. You'll use the spray soap on each word (gluttony, lust, envy, wrath, pride, greed, and sloth) to reveal part of the key code. The words are… 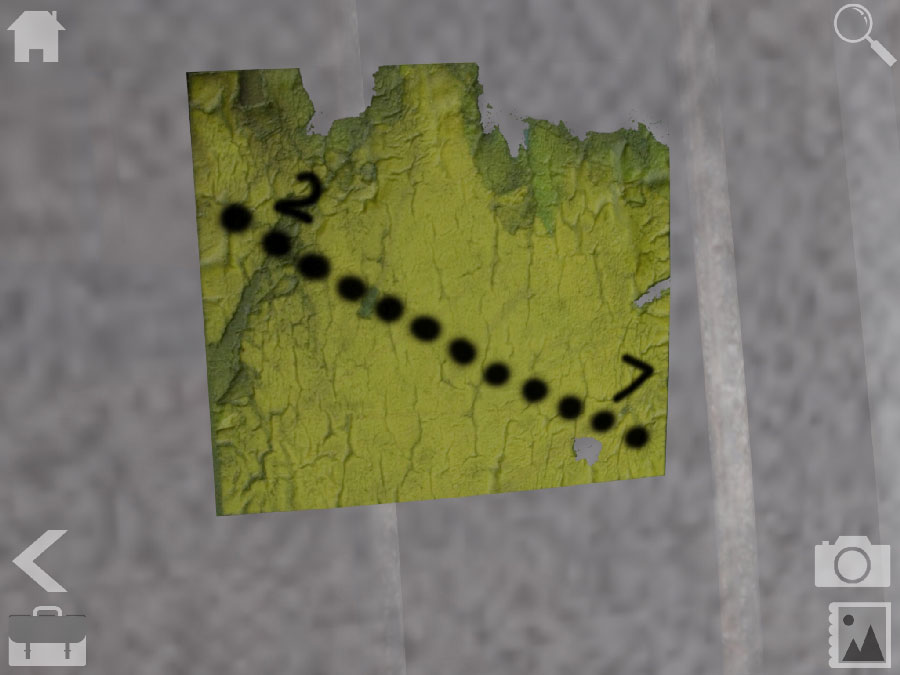 GREED: In the back room of the asylum, use the umbrella to wheel the television over to you. The post-it note on the screen says "Greed" in morse code. Spray it with the soap to reveal the code _2______7_ 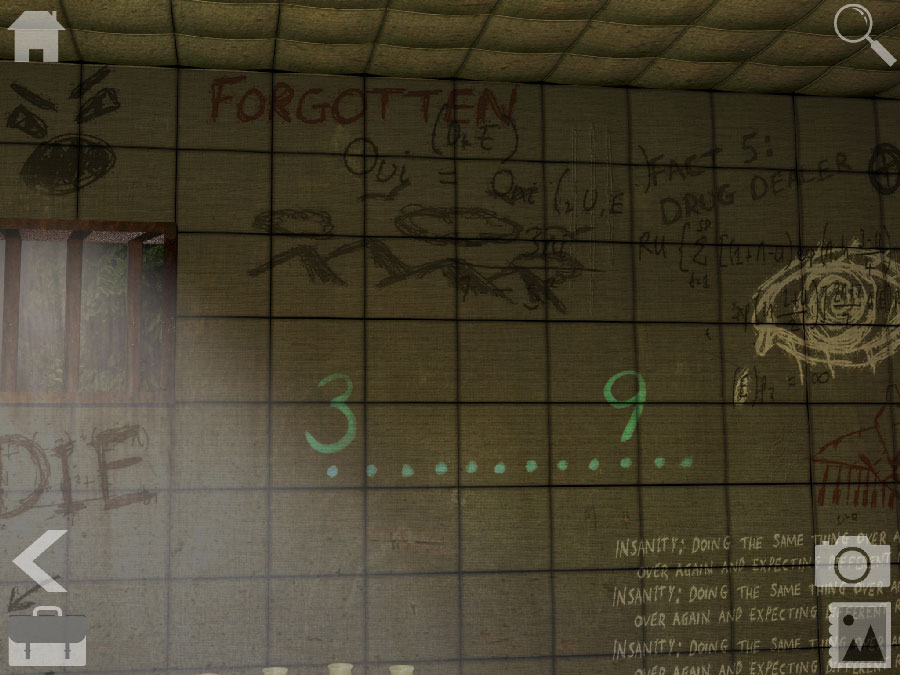 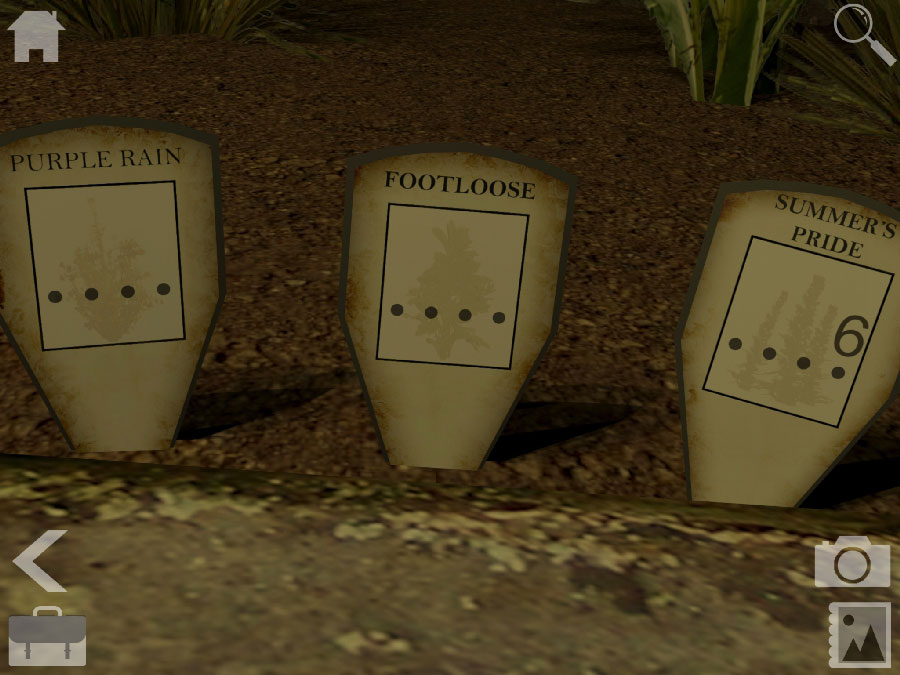 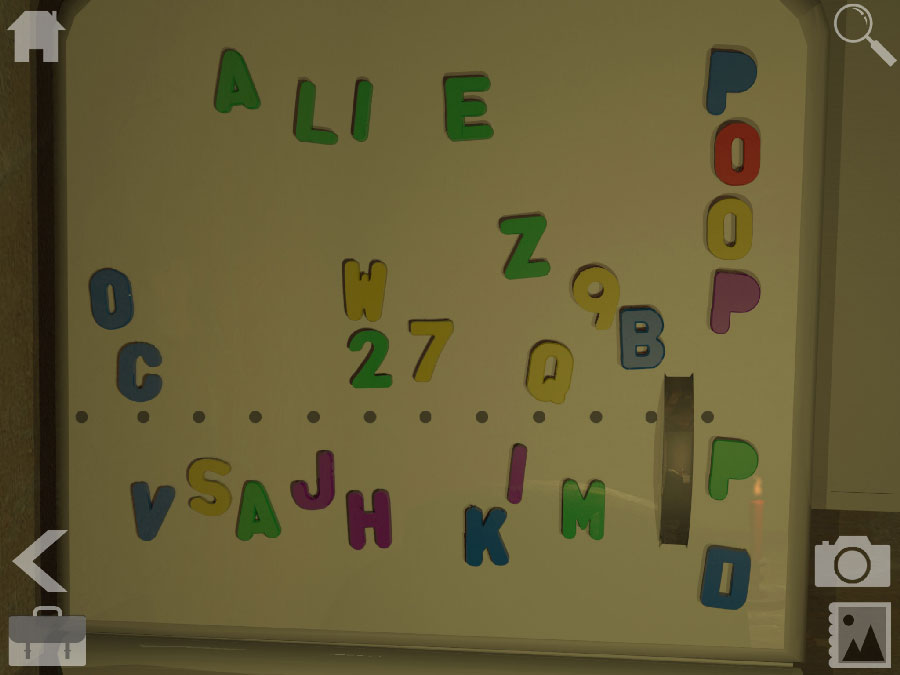 GLUTTONY: On the fridge in the magician's house, use the spray on the magnetic letters to reveal the code __27__ 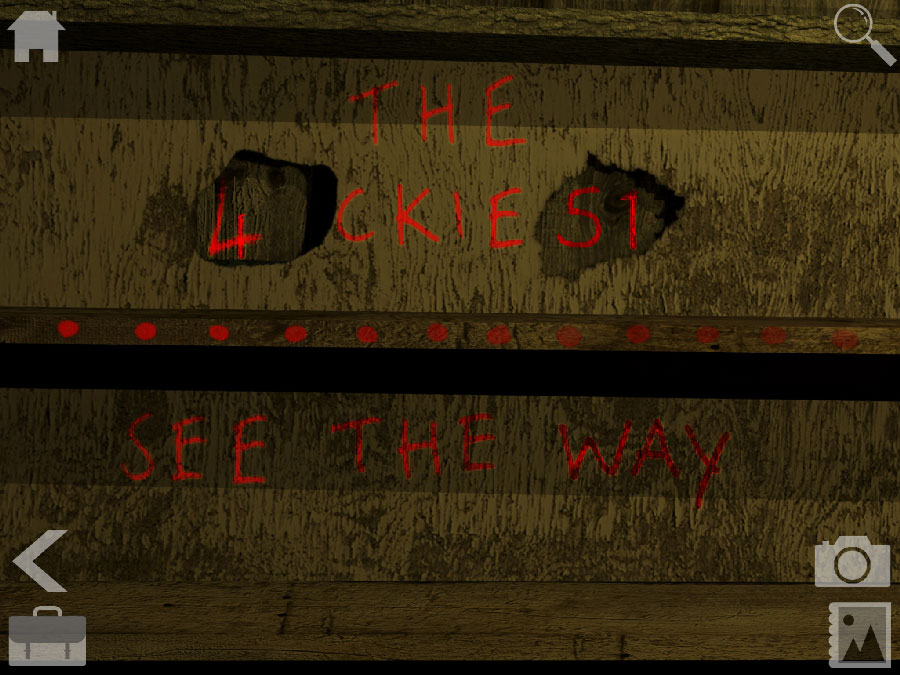 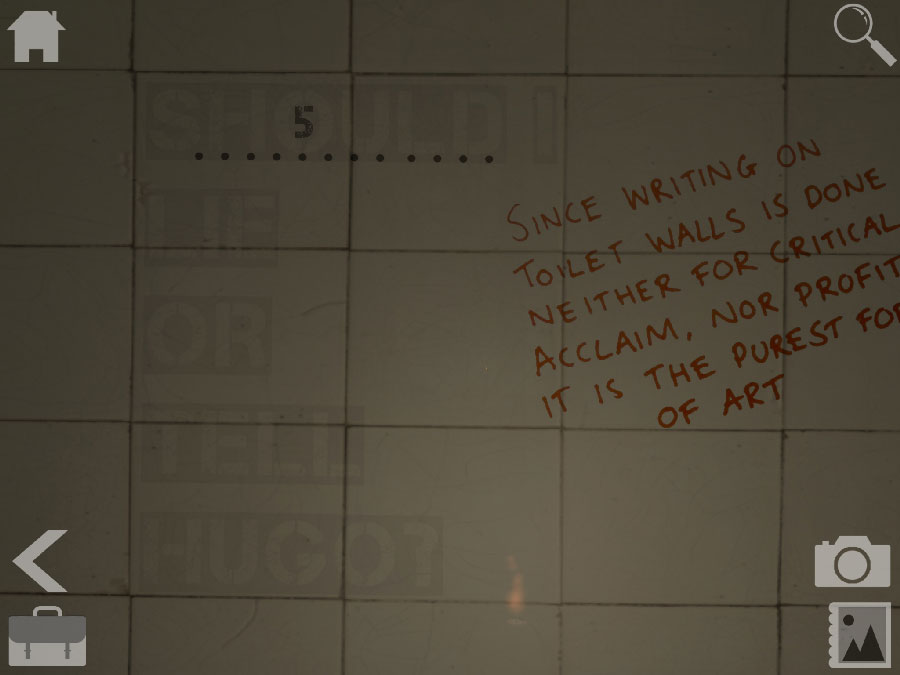 SLOTH: In the toilets in the manor, there's sentence on the wall where the first letter of each word spells out "Sloth". Spray it to get the code _5____ 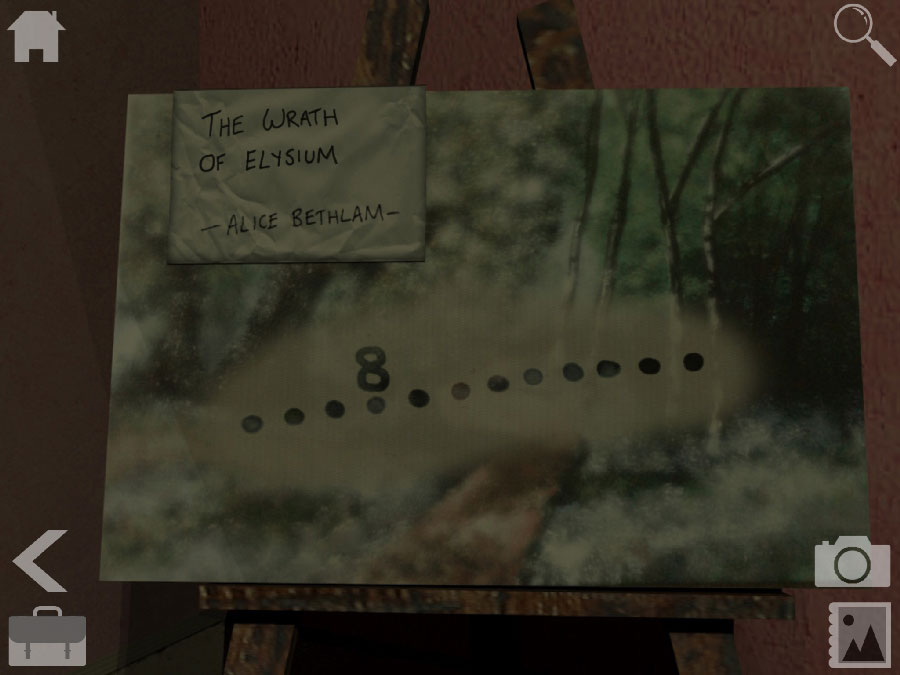 WRATH: Finally, use the spray bottle on the painting upstairs in the manor, which is titled, "The Wrath of Elysium". You'll be presented with the code ___8_____ 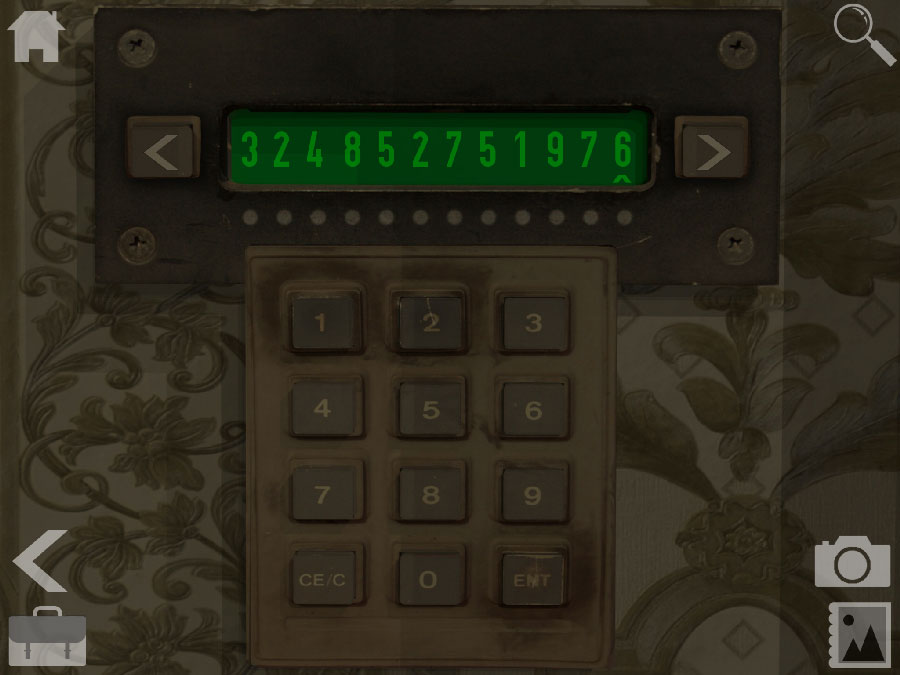 Put that together and you get "324852751976". Enter it into the key code machine on the right side of the manor's first floor and head inside.