Over at our sister-site PocketGamer.biz, Kirk Mckeand recently sat down for a discussion with Graeme Monk, studio director at UK-based Exient and the man in charge of developing Angry Birds Go!

This game marks a departure for the Angry Birds franchise, for the emphasis here is very much on karting, tracks, racers, power-ups, and upgrades.

In the interview, Monk talks about the demand for a karting game on smartphones, the amount of research Exient put into fine-tuning the core elements, and the use of its own propriety technology in bringing them to life.

"There was an immense amount of research into other karting games to drill down into what was fun about the experience," he says. "Once we had that, and a great mechanic on which to base it, we could build our own vision of what an Angry Birds karting game would look like." 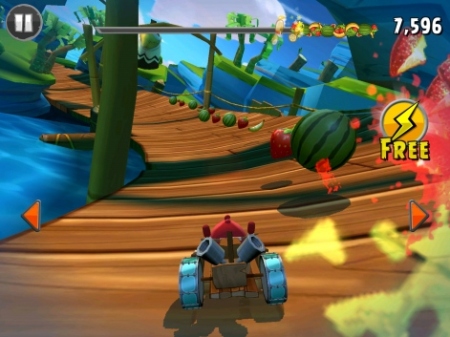 At review here on PG, the game's IAPs came under fire. Monk is keen to rebut accusations that the game's free-to-play mechanics are aimed squarely at children and young people.

"It appeals to children just as much as it appeals to the inner child inside everyone," he says.

"We endeavoured to develop Angry Birds Go! as an experience that didn't have paywalls but was a sensible balance between what character the player chose to race with and their time within the game."

For the complete inside - ahem - track on the decisions made by Exient regarding the game, head on over to PocketGamer.biz to read the interview in full.

Out at midnight - Exploration game Globosome: Path of the Swarm teaches you the value of having friends