You know it's true

Even though Mario Kart 8 for the Wii U is a pretty darn good video game, I think it's all time we face facts: it's not nearly as great as Angry Birds Go!, the kart racer par excellence for mobiles and tablets.

I could have written 100,000 words on why this is the case, but really it's better if I just show you.

To that end, I've gone ahead and put together a special video on AppSpy in which I compare and contrast key elements of the two games, highlighting where Angry Birds Go! (which was released last year) triumphs over Johnny-come-lately Mario Kart 8 (which dropped last week).

Take a look at the video below if you don't believe me. And don't forget to slowly nod in quiet admiration that one of us has finally had the guts to tell it like it is. 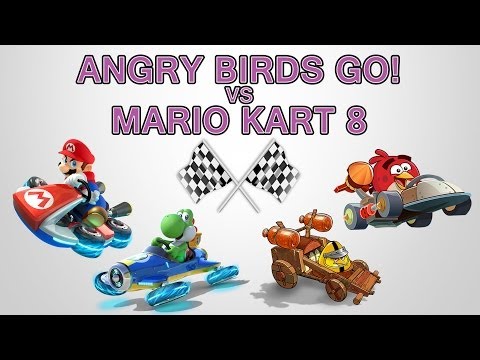 Subscribe to Pocket Gamer on
A big thanks to three of the awesome dudes who follow me on Twitter for providing footage of Mario Kart 8. Steve K Peacock, Mark Paterson, and Kyle Brown all get mad love from me.
Next Up :
Win a Million Lords prize pack worth 50 USD in our latest giveaway