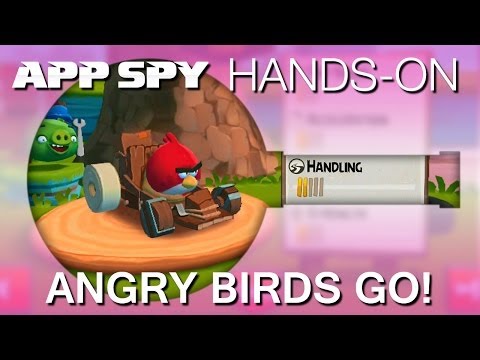 He notes that over its 23 year life, the entire Mario Kart series has managed to shift around 106 million copies. Nintendo revealed that the franchise hit 100 million sales when Mario Kart 8 hit Wii U last year.

That sounds impressive until Burman points out that his company's own kart racer, Angry Birds Go! - which just got updated with local multiplayer - has already been downloaded 130 million times in just two years.

Now, Burman knows the difference between a free to play app and a console game series that costs 40 quid a pop, saying "obviously one is sold and the other is free".

But he says its "still interesting to compare eyeballs reached," and says the numbers "could give you a hint of Nintendo's potential reach when entering mobile market."

The firm recently announced a partnership with DeNA to bring brands like Mario and Pokemon to mobile.