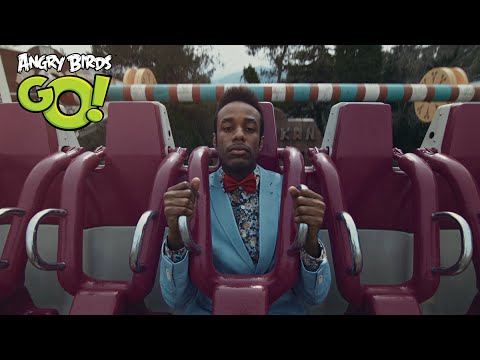 Rovio has rolled out the second part of the multiplayer update for Angry Birds Go! today.

As the depressing video above reveals, this update adds local multiplayer, so that you can race against people who are on the same Wi-Fi network as you.

So, yes, you can get friends around your house and shout at each other while racing each other downhill as colourful birds in karts.

Making it easy to set-up these races is the new Party Mode. Just go into that, bring everyone in, and you'll be racing within the minute.

If you're wondering, the first part of the multiplayer update rolled out in July 2014.

It added the ability to race against random people online as well as being able to match-up against your Facebook friends.
The new update is available on iOS right now. It should also be coming to Android soon.