Blaze&Graze is a game all about retribution. Nefarious baddies have carried off your wooly relatives, you see, and it's your job to send them packing using the destructive powers you’ve obtained from the Great Sheeplord.

Unlike a lot of endless running titles, Blaze&Graze doesn’t encourage you to slide or jump in order to avoid the many enemies that you encounter as you play. In fact, you’re encouraged to fill any obstacles that are unfortunate enough to cross your path full of hot lead.

Blaze&Graze was inspired by classic NES shoot-'em-ups and contemporary endless running titles, which Aleksey Goldis, Blaze&Graze’s lead artist and producer, is a massive fan of. 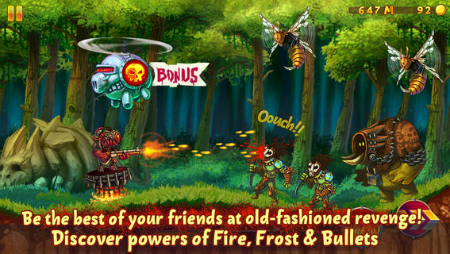 Wyse Games has just released a rather substantial update for Blaze&Graze. In this update, Wyse Games has made several 'serious' changes to Blaze&Graze's game balance, and introduced extra challenging waves of enemies that will truly test your skills.

Like many of the updates that have come before it, this latest refresh also includes new equipment, including new weapons and a fresh outfit.

Outfits, for those of you who aren't familiar with Blaze&Graze, grant you unique abilities that give you an edge if you're backed into a corner by a foe. Be sure to use these abilities sparingly, though, as they must be recharged between each use. 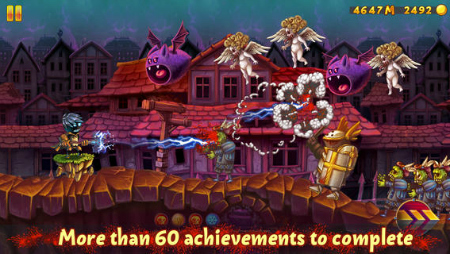 The App Store is jam-packed full of endless running titles, but Aleksey believes that Blaze&Graze is unique enough to stand out from the pack.

This is because Blaze&Graze isn't a clone or a re-skin of another popular game, but is instead based on a brand-new gameplay mechanic that forces you to shoot first and consider evasive action later.

Aleksey is also extremely proud of the game's graphics. According to Aleksey, Wyse Games made extra effort to draw huge amounts of content so there’s always something new to see while you play.

The developer also went that extra mile to ensure that every enemy in Blaze&Graze stands out. Every vicious enemy was prototyped and then hand-picked from several options before their look was refined and improved upon. 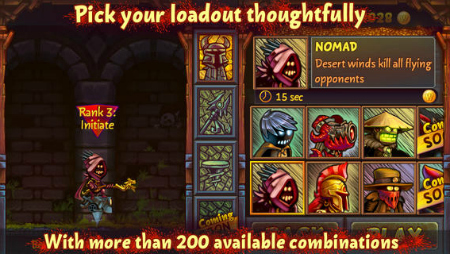 Wyse Games strives to deliver rich and satisfying experiences to its fans, and plans to extend the life of Blaze&Graze by releasing further updates over the coming months.

These updates will include brand-new gameplay mechanics, such as boss fights and chase sequences - the latter of which will allow you to catch up to the truck that houses your kidnapped friends in order to rescue them.

Wyse Games may also release Blaze&Graze on other platforms. Aleksey is yet to name the platforms Wyse Games is targeting, but has stated that "it would be a waste to limit the player base of a game that took so much effort to make".

You can download Blaze&Graze from the App Store right now for 69p / $0.99. Blaze&Graze doesn't feature any 'special or premium currency’ or an 'arbitrary energy system', so you can battle aliens until your heart's content without interruptions.