Peter Molyneux: F2P Godus will have monetisation 'that hasn't existed before'

Part I of our chat with the infamous developer

Peter Molyneux is the famed British developer behind Populous and Fable.

Molyneux reckons he's cracked free-to-play. He says he's come up with an entirely new way to get your cash in upcoming strategy opus Godus, and it will apparently be "delightful".

Though you definitely shouldn't call it 'free-to-play' in front of him.

"There cannot be a term that is less true," he barks. "What we need is a new term. And that term is more like 'invest-to- play'. What really are we doing? We are tempting people to invest some of their money into a game."

He compares the current library of free-to-play mobile games to "taking a huge hammer and smashing our customers with it. We're saying: 'Be patient or pay money.' That's not a delightful mechanic. That's not going to get people to invest their money."

No game fits that description quite as well as EA and Mythic Entertainment's mobile revamp of Dungeon Keeper, a game series that Molyneux himself created when he was working at Bullfrog.

Talking about this reboot, he says: "The free-to-play mechanic was so dominant that it obscured all the fantastic work they did. It was like a horrible odour." 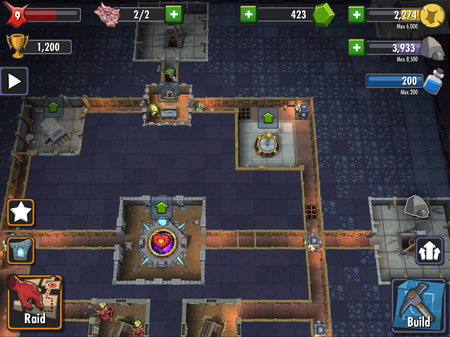 I ask Molyneux how he would have made a new Dungeon Keeper for mobile.

"Well, I wouldn't be greedy," he starts. "I would probably not use the free-to-play model at all."

"I'd no longer make it 2.5D so you're stuck on one level. I'd make it so you could dig the Mines of Moria," he says with a hint of creative glee in his voice.

"And there's a Balrog in it! That's what I'd want to make. This sort of device would be perfect for that," he adds, pawing at his iPhone.

So, according to Molyneux, Godus will be the anti-Dungeon Keeper.

"We can't be so crude in making the first thing we teach people in these games how to speed things up by spending gems. That's absolutely insane."

Instead, there'll be monetisation in Godus "that hasn't existed before". And it will be as "fresh and as new and as different from anything you've ever seen in any game", he adds, in one of his now-typical promise-the-moon sales pitches.

He's cagey about the finer details of Godus's monetisation, so getting him to divulge concrete examples is like pulling teeth. But here are a few hints that should set you up for the full announcement in the coming weeks. 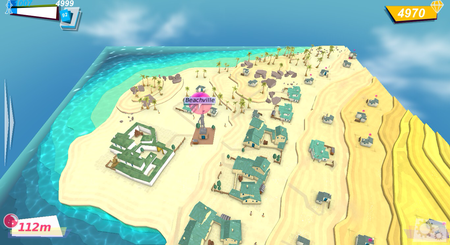 For one, you won't be able to pay a penny in Godus until you're deemed ready.

"You've got to be subtle about it and slowly layer in those mechanics. The point we introduce monetisation depends on the player, and the game maker has to get you into the right mindset."

You might also want to think back to the monetisation techniques employed in Molyneux's barmy social box tapper Curiosity.

Those purchases - including angry badgers and the ability to troll players by adding extra cubes - were an experiment on the part of Molyneux and his team to see "how can we put as much inventiveness and creativity into people paying money into a game as we would any other mechanic".

Games as a hobby

Most importantly of all, though, the brains behind Black & White wants to "to tempt people to think about being proud about investing. Before we even talk about monetisation, we want players to feel like Godus is a hobby (not just a game)."

I ask Molyneux if he's worried that no one will pay at all. Games from overly generous free-to-play game devs that don't hobble your progress and prey on your impatience have flopped, after all.

"Yeah, I'm worried about that, but those risks are worth taking," Molyneux says. "We could layer in 'it takes six days to build this house', and maybe we'd make a shitload of money, but that's not my ambition for games."

"There has to be a better way."

Check out Part II of my conversation with Peter Molyneux here.

Want more? Check out our growing collection of Godus articles!

Check out the explosive gameplay in dogfighting shooter Revolution Ace

Peter Molyneux on Godus backlash: 'I take the bullying for the sake of making a great game'