Chibi-Robo! is a name that makes the hearts of many gamers swell with fond nostalgia as they recall their time spent with the adorably cute, helpful robot on the GameCube or DS.

Now, the pint-sized Chibi-Robo's back with a new adventure for 3DS owners (in North America and Japan...) called Chibi-Robo! Photo Finder.

As the name suggests, a good deal of Chibi-Robo!'s gameplay revolves around you taking pictures of objects with your 3DS's camera, which is ultimately a recipe for frustration, but a brilliant game still manages to shine through.

The main goal of Chibi-Robo! Photo Finder is to fill up an oddball curator's museum with lost artefacts - NostalJunk - that exist in our world but are curiously absent from Chibi-Robo's.

To do this, you'll need to gain Happy Points, spend them on silhouette film, and then snap pictures of the objects in the real world (or not, more later).

Photo Finder follows a Katamari Damacy level of absurdity and progression, as Happy Points are earned by helping silly characters with tasks that manifest as mini-game challenges. 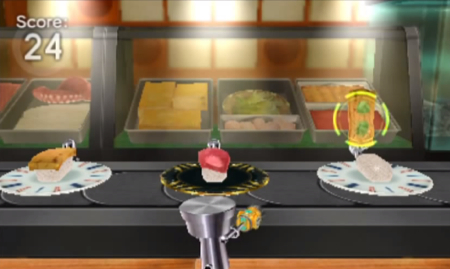 These mini-games are, for the most part, fun and quick to pick up, but there's an unpredictable level of difficulty that'll keep you on your toes.

In "Go Fetch, Sous-Chef!", for example, you're asked to find objects for a recipe in a refrigerator ranging from a cut lemon to ingredients to make a bolognese sauce (that's tomato, onion, and ground beef if you're curious).

Where Chibi-Robo! really shines, however, is in free-roaming Exploration mode that lets you wander about various rooms in a quest to keep them neat and tidy in exchange for Happy Points.

Great care was taken to make the various worlds interactive, and you'll feel quite clever when you learn how to manipulate the objects found in each room to access new portions of them.

Cool my circuits down

Once you've got a stock of Happy Points, you're free to head over to the Chibi-PC, pick up some film, and get down to the "Photo Finder" part of the game.

I tried to play this part straight using the 3DS's ridiculously underpowered camera, but even after setting up the equivalent of a brightly lit ad hoc photo studio in my office I still burned through attempted shots and was told the objects didn't match the outline from the film because it was too dark to make them out.

You only get nine shots per object, incidentally, and if you fail to capture an image you lose both it and all the Happy Points you spent on it.

After a few frustrating attempts to take a picture of a soda cup, I decided to cheat. 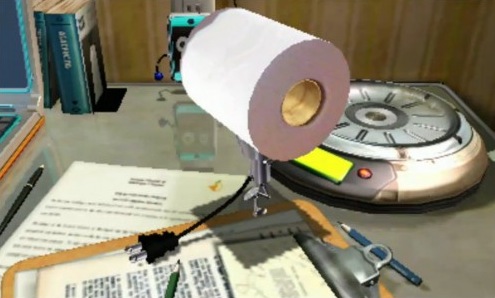 Inspiration struck, and I looked up stock photos on Google Image Search. I'd take pictures of these on my monitor instead of hunting down their counterparts in the real world, and it worked a treat. Also, it kept me from juggling my 3DS and a flashlight in the same hand.

This workaround definitely made Chibi-Robo! easier to get through, but I was genuinely disappointed that I couldn't explore my living space and take pictures of objects the way the game wanted me to.

Still, I tried. And while some objects on the silhouette film are easy to guess by their outlines (milk carton, t-shirt, etc.), others are rather vague. Confronted by a simple oval , I took a picture of my PS Vita and was confused to see it appear as "Sushi" in the museum.

If you're willing to get creative about how you take pictures, Chibi-Robo! Photo Finder is an incredibly cute game that's well-suited to quick play sessions on your 3DS - and it's quite the bargain at its eShop price of $9.99 (~£6.99).

It's difficult to play Chibi-Robo! exactly as Nintendo intended, but that shouldn't prevent you from exploring the gorgeously rendered 3D worlds hidden in this instant classic.