Save Christmas one present at a time

December is my favourite month of the year for many reasons.

I love that I'm able to eat my body weight in mince pies and guzzle sherry by the pint without being judged, for example.

And I love all of the Apple-branded presents that I inevitably receive from friends and family.

I also love how developers and publishers fill the App Store with festive apps and games. One of these is Secret Christmas Tale, a new arcade game from developer Fine Game Arts. 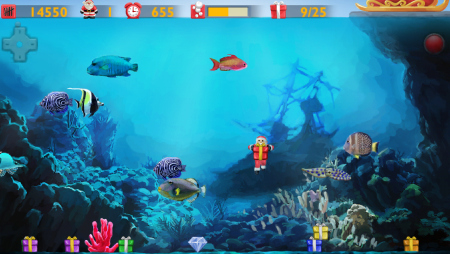 In Secret Christmas Tale, you take on the role of the fat guy in the big red suit that comes down your chimney on Christmas Eve.

Following a freak storm, you discover that all of the presents that your trusty elves have made have fallen out of your sleigh and into the world's many oceans.

Naturally, you have to get them back before Christmas is ruined.

You do this by diving deep down into the drink and snatching the presents back up. All the while, you have to avoid schools of fish and ensure that you don't run out of oxygen before you reach the surface. 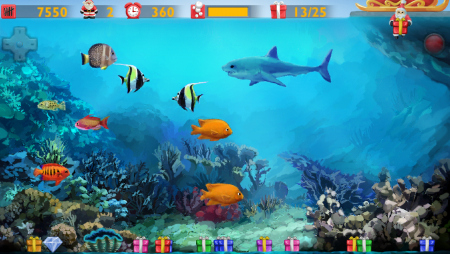 Secret Christmas Tale also has an interesting multiplayer mode in which you can challenge your friends and other eager present collectors from around the globe via Game Center, Bluetooth, and wi-fi.

In a multiplayer match, your aim is to collect presents faster than your opponent can.

You can also collect sea stars along the way. In fact, if you collect five sea stars, five additional presents will be added to your opponent's screen.

The first player to accumulate 25 presents at any one time loses the game. It's that simple. 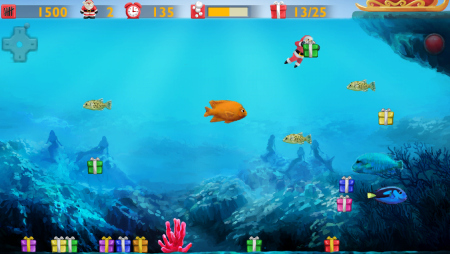 Secret Christmas Tale was inspired by numerous titles, including PC title Alley Cat (in which players 'stepped' into the paws of a cat and had to - among other things - snatch fish from the inside of a fish bowl) and Tetris, which is renowned for having easy-to-learn but hard-to-master gameplay.

Fine Game Arts's Uroš Anderlič is extremely proud of Secret Christmas Tale's short but new Christmas story and its gameplay, which should be appealing to players of all generations.

Furthermore, Secret Christmas Tale's theme and story, along with its cartoony graphics and enchanting music, make it stand out. 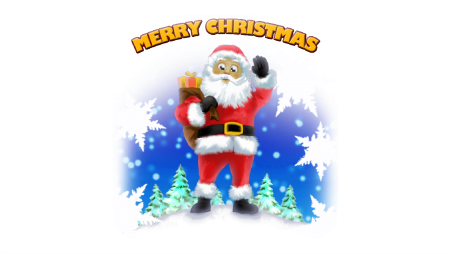 Fine Game Arts has some plans to extend the life of Secret Christmas Tale beyond this Xmas, mind, though nothing has been set in stone as of yet.

For next Christmas, however, the developer plans to add Twitter support - which will enable you to gloat about your high scores - and to port Secret Christmas Tales to Android. In the meantime, you can earn bragging points by posting your best scores on Facebook.

Secret Christmas Tale will cost 69p / 99c after December 21st. Until then, though, it's available to download completely free of charge.

You can, if you like, purchase permanent power-ups and extra Santa costumes (e.g. Santa's rainbow suit) via in-app purchases, but these aren't essential to enjoying the game.

[Update] Grand Theft Auto: San Andreas parachutes onto iPhone and iPad, out next week on Android