An event 'you really have to see'

We've heard numerous iPad 3 rumours over the past couple of weeks and months, including an interesting tidbit from website iMore that stated Apple would unveil an all-new quad-core-equipped iPad on March 7th.

Well, Apple has just started to send out media invitations for an iPad event that will be held in the Yerba Buena Center for the Arts in San Francisco at 10am PST on - you guessed it - March 7th.

Apple's invitation - as always - doesn't actually reveal exactly what the event is about, but states that the company has something "you really have to see".

There's also a photograph of an iPad, which appears to have a super high-resolution screen. That heavily rumoured Retina display screen could be on the cards, then. 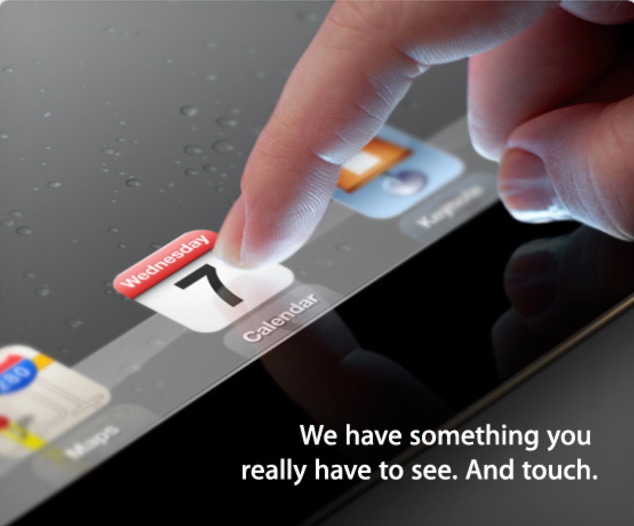