The iPhone 5 is almost here (allegedly), and the online rumour mill is close to collapsing from all the off-hand ideas, pundit speculation, leaked photos, and Chinese supply whispers.

Will it have a radical new design, or look like the previous device? Will it pack 4G and NFC chips, or are those technologies too young for Apple to adopt? Will it hit store shelves in September, or will we have to wait until October?

Not that those questions really matter, of course. According to a recent PriceGrabber survey, 35 per cent of American consumers plan to buy the iPhone 5 sight unseen.

But some consumers are a tad more discerning, and would like to know exactly what they're getting before ditching the iPhone 4 and upgrading to the latest edition.

We've corralled the most believable and reputable rumours from the past few months of online reporting / sleuthing, stuck them in a handy list, and given our expert opinion on how much water they hold. 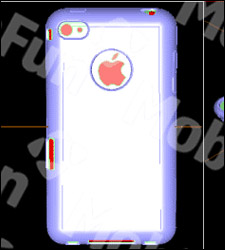 Rumour: iPhone 5 will have an entirely new case design


This June, Boy Genius Report claimed that the iPhone 5, "will not merely be an upgraded iPhone 4 as had been previously rumored." The website passes on info from a reliable source who says to expect a radical new case design.

In March, Taiwan’s Economic Daily News had similar things to say. The fifth-gen handset will ditch the iPhone 4's glass back in favour of a classic aluminum shell, and will adopt an iPod touch-style design, it claims.

That's a rumour corroborated by supposedly leaked designs for the new gadget's case. Mobile Fun shows off a CAD mock-up of an iPhone 5 with a distinctly tapered back.

Pocket Gamer's take
It seems a little crazy to go backwards from the iPhone 4's sophisticated "aluminum sandwich" design to an Apple smartphone with a curved posterior.

However, both the iPad 2 and fourth-generation iPod touch have curved backs, so it'd definitely bring symmetry to the iOS product line.

Additionally, an aluminum shell would allow for an internal antenna, which would alleviate those nasty network issues we encountered on the iPhone 4. 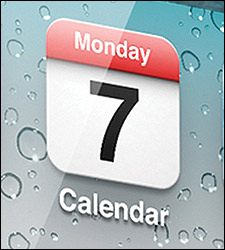 Rumour: iPhone 5 to launch in September

Very recent rumours from July and August suggest that we'll see the iPhone 5 sooner rather than later, and the new gadget could debut anytime in the next month.

The Guardian's Charles Arthur is placing his bets on a September release. He quotes carrier sources as saying that the new device is now out for network testing around the world (in tightly locked and sealed boxes, before you get any ideas).

"This means they now just have to get approval - which will probably only take a few weeks at most - and can then be signed off for manufacturing."

To add fuel to that rumour fire, Gizmodo claims that it received a legit email from an AT&T employee. All staff are being denied holiday requests at the end of September due to an "Event blackout". Unless its a compulsory staff paintball tournament, it's most likely the iPhone 5's release date.

Pocket Gamer's take
With all the supply leaks and manufacturing requests, the iPhone 5 is definitely coming out this calendar year.

As for the exact month, a good number of rumours point to September, but a few dissenting voices - including those cited at AllThingsD - are still predicting an October debut. Either way, it's on shelves before Christmas. 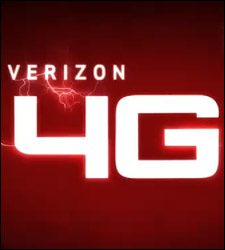 When outside of a wi-fi hotspot, iPhone users can get connected to the web by hooking up over 3G. It's handy for checking Twitter when you're in the middle of nowhere, or responding to emails from the beach, but it's not exactly fast.

It's a whole 'nother "G", and boasts internet speeds of up to 100 Mbit/s. It's slowly creeping its away across the planet, and plenty of (American) phones already have the appropriate chips to access the super-speedy network.

So, will the iPhone 5 have a 4G chip? LulzSec, this year's hacking phenomenon, seems to think so. Before the group packed in all that hacking and attacking, it broke into AT&T's servers and allegedly found info on the LTE 4G-enabled versions of the Apple iPad 3 and Apple iPhone 5.

Pocket Gamer's take
American iPhone telcos AT&T and Verizon have growing 4G support, and Apple probably doesn't want to fall too far behind the litany of Androids that pimp "super-fast" 4G connections in their adverts.

Not that it matters much to we Brits: the rollout of 4G technology is so far behind America's that UK telecoms regulator Ofcom won't even auction off the rights to that part of the mobile spectrum until 2012. 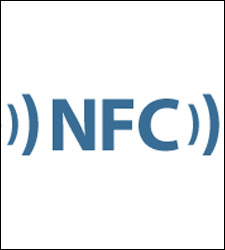 Rumour: iPhone 5 will have an NFC chip

NFC, or Near Field Communication, lets you make connections between your phone and another NFC-enabled device (like another phone or a terminal) to quickly send data without making a physical connection.

In a few trials in Europe, people with NFC-capable phones can wave their mobile over a terminal to pay for coffee or get information on a museum display. It's all a bit futuristic, and uptake from mobile firms is slow.

The New York Times is confident, however, that Apple will be on board with the new tech in an upcoming iPhone.

In a March news article, The Times said, "According to two people with knowledge of the inner workings of a coming iteration of the Apple iPhone, a chip made by Qualcomm for the phone’s processor will also include near-field communication technology."

Pocket Gamer's take
NFC is still a very young technology, all around the world. In the UK, the only way to pay directly by mobile is to find a Quick Tap terminal, be a Barclaycard member, and own a Quick Tap-enabled version of the Samsung Tocco Lite.

Yes, not exactly a universal technology.

Next year, though, there will be quite a significant push due to the London 2012 Olympics. Until then, I wouldn't throw away your wallet.

Apple has the ability to spearhead the tech and take it mainstream, but it could also wait for others to lay the groundwork before jumping in. The rumours are rather inconclusive, either way. 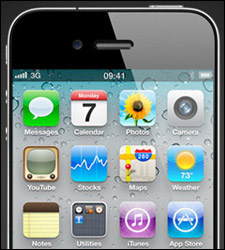 We're still hearing the rumour that the iPhone 5 will have a larger screen than the iPhone 4. According to DigiTimes, leaked case images, and a few analysts, the new iPhone's screen will be four inches big and stretch out snugly to both sides of the phone.

In the most recent development of this rumour, Stern, Agee, & Leach Equity Research analyst Shaw Wu said on August 2nd, "Our supply chain sources indicate that it will sport a slightly larger display than the current 3.5-inch retina display that is already industry leading."

Pocket Gamer's take
While the iPhone's screen is looking a little dinky in comparison to those massive Android displays, Apple probably doesn't want to piss off a few million iOS developers with yet another screen size, aspect ratio, and resolution to take into consideration. 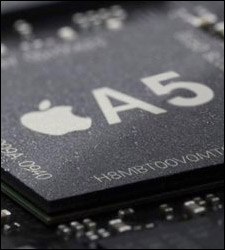 Rumour: iPhone 5 will sport an A5 processor

Rumours from much earlier this year suggest that the iPhone 5 will pack the same processing chip as the iPad 2.

That'd be the A5: a dual-core, 1GHz powerhouse that's apparently capable of processing at double the speed of the iPhone 4's A4 chip, and have a nine times as powerful graphics chip.

Boy Genius Report found mention of an iPhone 5 edition of the A5 chip in secretive text snippets, bundled with good old iOS 4.3.

It's also well over a year since the last iPhone, and plenty of extremely powerful Android blowers have hit the market in the interim.

Besides, the A4 chip debuted in the iPad before hitting iPhone 4. So, with an A5 chip in the iPad 2, wouldn't it make sense to see an A5 in the iPhone 5? 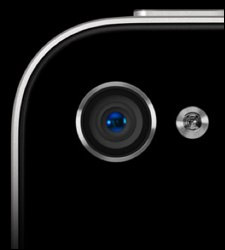 Rumour: iPhone 5 will have an eight-megapixel camera

Back in April, analyst Ming-Chi Kuo with Concord Securities issued a note with alleged details of the next iPhone. According to his supply chain sources, the iPhone 5 will feature the abovementioned A5 processor and an eight-megapixel camera.

Pocket Gamer's take
Like processing power, camera spec is something that's always improved between iPhone generations. There's no reason to doubt that the iPhone 5 will pack an even better snapper than the iPhone 4.

The best games to play on an old, hand-me-down iPhone this Christmas

You can already jailbreak Apple's newly released iOS 6.1.2 with evasi0n 1.4