From the Game Boy Color to the iPhone

Ten years is a long time in the realm of video gaming. During the course of each decade numerous gaming systems will come and go, technological power will increase almost exponentially, and countless classic (and not so classic) titles will be released.

With this in mind, attempting to recount portable gaming events in the decade affectionately known as 'the noughties' is a daunting task that might reduce the average person to a quivering wreck.

But here at Pocket Gamer we laugh in the face of fear and tweak the nose of terror, so, assuming you're sitting comfortably, we'll begin.

As the year 2000 dawned and nerds all over the globe let fly with a collective sigh of relief when they realised that the Millennium bug was actually a load of overhyped tosh, it was Nintendo that stood in a commanding position over the handheld video game market.

The Game Boy Color, which was released at the end of the '90s, had seen off the unwanted attention of Bandai's WonderSwan and SNK's Neo Geo Pocket Color.

Both machines were arguably superior to Nintendo's hardware from a technical perspective, but neither could boast the same incredible third-party support and as a result they slowly faded into obscurity - although the WonderSwan did at least manage to secure a small sector of the Japanese market, thanks largely to Squaresoft's support of the platform. 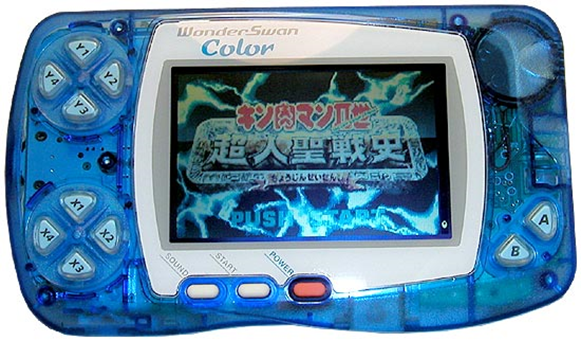 However, despite the Game Boy Color's unassailable market lead and the worrying ability of the Pokemon franchise to turn pre-teen children into slavering drones willing to hand over all of their pocket money to Nintendo without question, the Japanese firm took Bandai and SNK's audacity to heart: although they had failed, others would attempt to usurp the current champion.

It was clear that a new device was required: one which would be seen as truly cutting-edge. Using its near-bottomless pockets, Nintendo created the Game Boy Advance, which saw the light of day in 2001.

Unsurprisingly, the machine was a runaway success with many of the firms that so fervently supported previous Nintendo hardware gleefully jumping aboard the bandwagon in the hope of further profits. They were not to be disappointed.

The Game Boy Advance was best described as a portable SNES: it boasted many of the same graphical tricks - such as smooth sprite scaling and rotation - and the graphical power was roughly on par with Nintendo's legendary 16-bit home console. 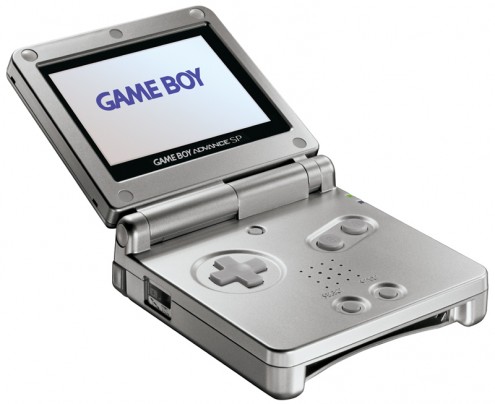 Given the numerous Game Boy hardware variants during the '90s it was hardly surprising when Nintendo decided to update the Game Boy Advance in 2003, named the "SP".

This revision showcased a back-lit screen and a folding design which made it more portable than ever: it also removed the near-essential headphone socket, forcing buyers to instead shell out for a special cable. It was one of those moments like when you lose a shilling a find a sixpence, if you will.

Despite Nintendo's dominance of the portable gaming arena, it didn't stop other companies from attempting to muscle in on the act.

At the small end of the scale we saw the release of Game Park's GP32, a homebrew device capable of playing emulators for machines such as the Master System, NES and Mega Drive.

Released early in the decade the GP32 managed to carve out a loyal fan base but sold relatively poorly. Its Korean manufacturer found itself in turmoil, with key staff and designers unable to agree on what kind of console to release next. This led to the establishment of GamePark Holdings, a new firm which launched the GP2X in 2005. 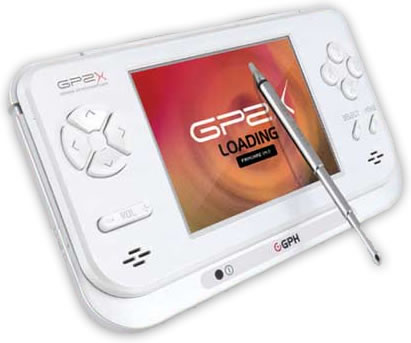 Again, the focus of the console was homebrew programs, including games made by aspiring bedroom coders. Emulation was also a selling point; because it was more powerful than the GP32, it was able to replicate the experience of playing on more powerful machines.

GamePark Holdings followed the GP2X with a revised version in 2007 called the F200 and then a fully-fledged successor in 2008, which went by the snappy title of The Wiz. Despite smaller dimensions and more powerful internal hardware, the device has thus far failed to really distance itself from the GP2X in terms of raw performance.

Of course, it wasn't just the Koreans who wanted a part of the potentially lucrative handheld pie. In the middle of the decade it was announced that Tiger Telematics was working on its own portable gaming device called the Gizmondo.

Designed by Rick Dickenson - the man behind the iconic look of the Sinclair ZX80 and ZX81 - this ambitious console made use of wireless GPRS technology and even had the ability to act as a rudimentary SatNav thanks to the inclusion of GPS.

Despite the support of high-level publishers such as EA and a massively expensive promotional push - which included the grand opening of a dedicated Gizmondo store in London's swanky Regent Street - the machine flopped dramatically at retail.

It didn't help that one of the company's key executives, Stefan Eriksson, was arrested for being involved in organised crime. Oops. 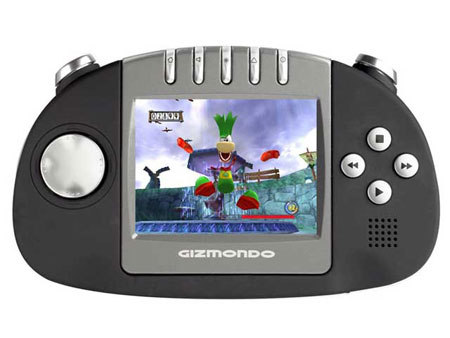 With Nintendo's would-be rivals once again stumbling at the final hurdle the Japanese company launched yet another variant of the Game Boy - the Micro - in 2005. This diminutive machine is still considered something of a design classic, but sadly it failed to shift the numbers expected.

However, it could be argued that the Micro's dismal failure was hardly due to its own faults: it had more to do with the fact that two shiny new consoles would enter the market at roughly the same time.

Electronics behemoth Sony had made no secret of its desire to enter the portable market and saw handheld gaming almost as an extension of the mobile music arena, which it had dominated thanks to its Walkman range during the '80s.

Initial reports of the ambitious PlayStation Portable's power made for truly awe-inspiring reading: it was essentially a pocket-sized PS2.

So when Nintendo released the somewhat humbler specifications of its next-gen handheld - the Nintendo DS (Dual Screen) - the industry guffawed almost in unison. 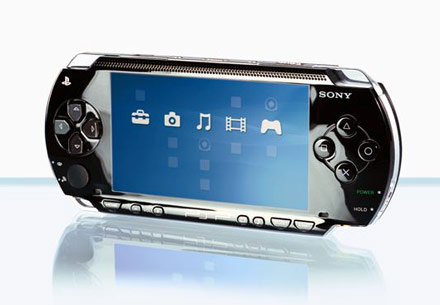 People struggled to see the benefit of the twin displays, and because touchscreen gaming was very much an unknown quantity at the time, few were enamoured with the idea of having to control their characters with a stylus.

However, when the two consoles faced off in the middle of the decade it was Nintendo that came out on top: while both machines sold strongly, the DS emerged as the clear winner and still holds a the portable market in a vice-like grip even today.

To its credit, Sony has held in there: in 2008 the number of new PSP titles on the horizon was pitifully low but the appearance of key licences such as Capcom's Monster Hunter and Sony's own Gran Turismo has resulted in an unlikely resurgence.

The PSPgo - a digital download-only machine which launched in '09 - may not be blazing the trail its creator expected it to, but it's clear that on the whole the format is in it for the long haul.

However, many would argue that the biggest handheld gaming event of the Naughties came courtesy of a firm from outside the video gaming industry: Apple.

Taking a bite out of the market

The iPhone hit store shelves in 2007 and when the insanely-popular App Store was launched it brought with it the promise of gaming nirvana. 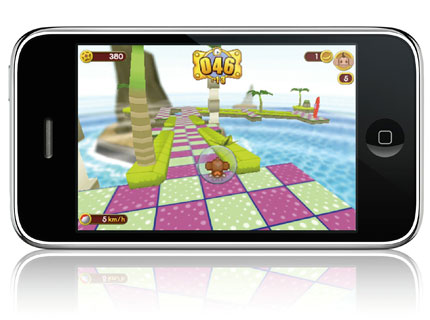 While it has taken some time for many hardcore gamers to truly accept the iPhone as a legitimate gaming platform (and in truth, some still maintain it will never gain this recognition), only the most blinkered sceptic would be willing to ignore some of the excellent slices of electronic entertainment that are currently available for Apple's all-conquering mobile phone.

Of course, Apple wasn't the first company to enter the gaming industry using the Trojan horse that is mobile telecommunications - Finnish firm Nokia famously tried its hand with the ill-fated N-Gage device.

Manufactured in 2003, this rather clumsy combination of games console and mobile phone didn't get off to a brilliant start. The portrait screen was ill-suited to fast-scrolling action titles and when making or receiving a phone call you had to hold it sideways to your ear, which predictably resulted in hoots of derision when in public.

A revised model - christened the N-Gage QD - followed in 2004, and thankfully rectified many of the faults found in the original hardware, but by this point it was too late: it was clear that the format was a dead duck and Nokia quietly retreated to peck dolefully at its wounds. 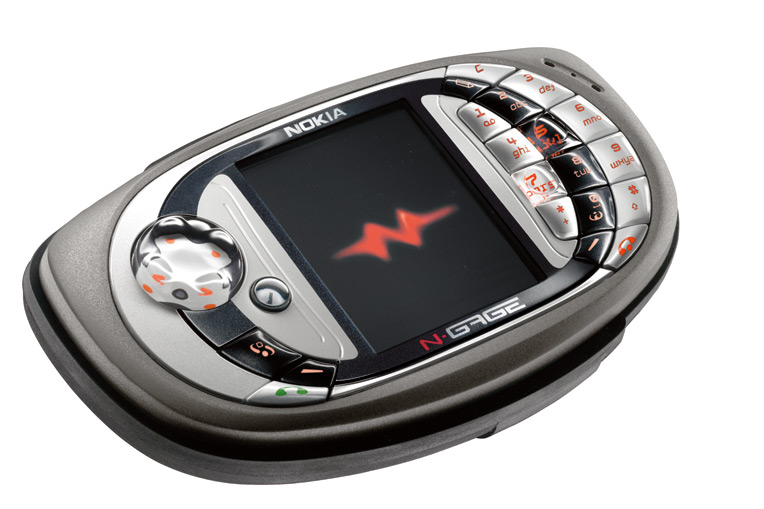 Then, in 2008, it relaunched N-Gage as a gaming portal which could be accessed via certain Nokia handsets. The concept was close to that of Microsoft's Xbox Live service, where gamers connect with each other for multiplayer sessions and download new titles.

Sadly in '09 the service died for the second time, unable to compete with the iPhone.

So that was a decade in portable gaming. Who knows where the next ten years will take us? Consoles with several fold-out screens? Gaming devices as small as your watch? When you consider how far the market has come since the year 2000, the sky is literally the limit...