How to give your enemies an art attack

Art of Conquest is a new MMORTS that comes courtesy of Lilith Games. The central aim is to expand your mythical empire by battling and building across the divided lands of Nore. Basically get old-school colonial with five playable races including Human, Lich, Rakan Sylph, and Dwarf. But you don’t need to leaf through Sun Tzu’s bibliography to gain a tactical advantage in this war – have a read of our brief guide to Art of Conquest instead. 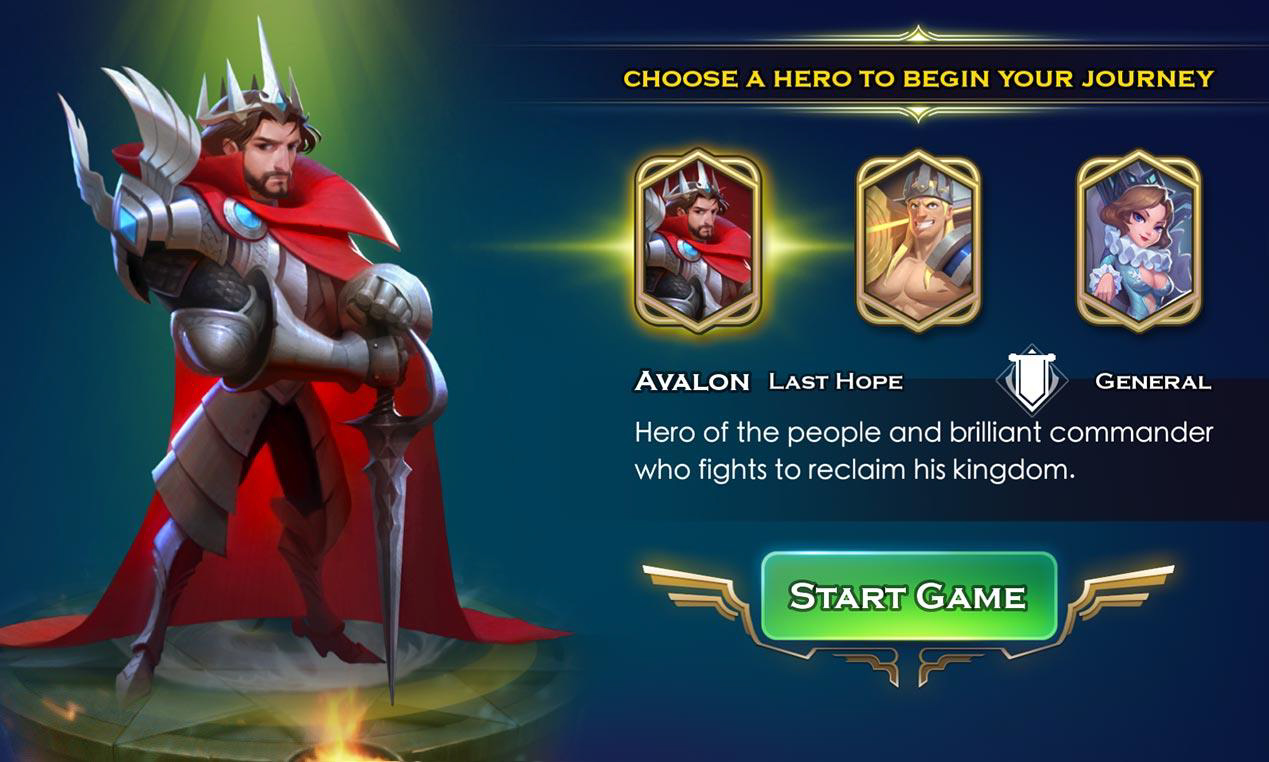 Ah the two questions confounding gamers since long before Android even existed. Which hero do you want to choose? And what race shall I pick? That’s the first thing you have to decide when you start Art of Conquest. Each hero has his or her own strengths and weaknesses.

Rufio is the tank of the lot, delivering over three times the damage when fully leveled up. The bare-chested brute can use his Heroic Leap attack to catapult across the battlefield and cause trouble for enemy troops. Using Heroic Leap in tandem with the Chopping Blade is also a killer combination of abilities, especially against weaker backlines of archers. If you choose Rufio to start out with, it’s best you funnel most of your ability points and equipment into him so you’ll end up with a real giant-killer early on.

Avalon isn’t a brute like Rufio, but makes up for it in his supportive abilities, especially for the archers in your battalion. Focus Fire, for example, allows you to direct your troops to target certain enemies, and grants an additional percentage of damage to attacks against them. Avalon also comes with the perk of increasing the supply cap, so you can bring more troops into battle with you.

Avril is the queen of ice, and can be deployed strategically. She can use Ice Wall to divide the battlefield and Blizzard to freeze enemies where they stand. Her magic is resource draining, though, so make sure you’ve got sufficient mana in the bank before battle.

Don’t worry too much about your choice of hero. There are opportunities to recruit Rufio, Avalon and Avril, as well as other heroes, as you progress through the game. 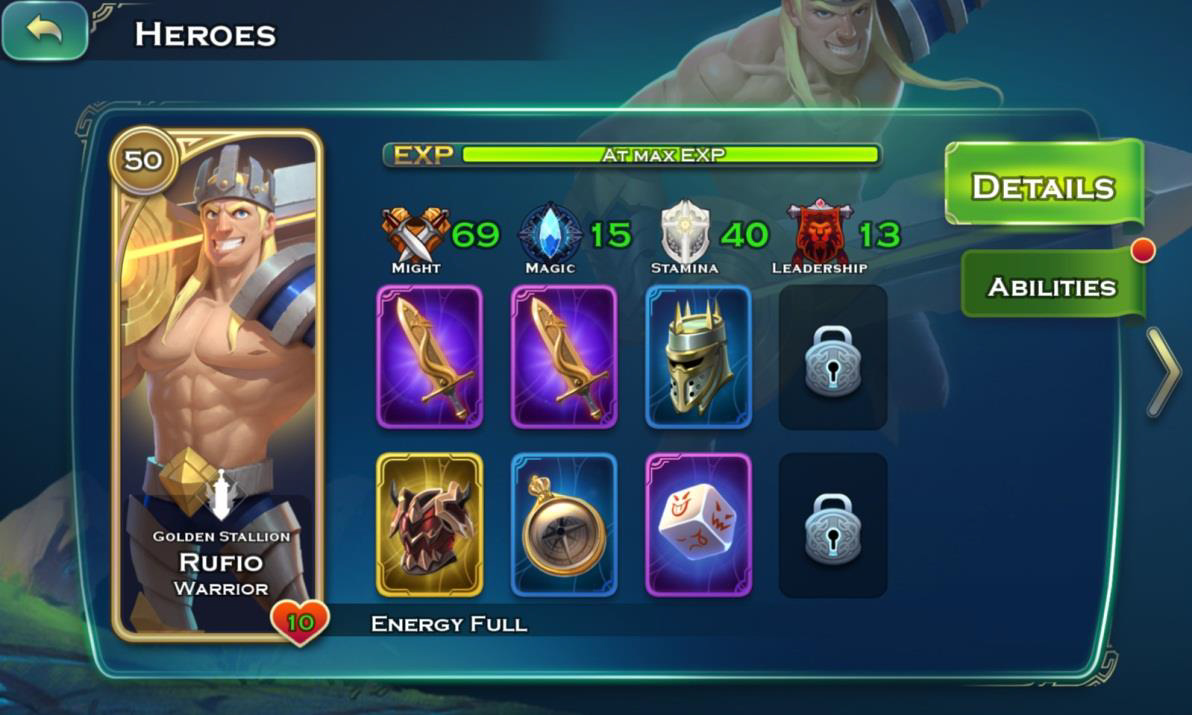 Art of Conquest brings a lot of new features to the table. All while improving on traditional MMORTS features like gradually upgrading your hero. Each hero has a combination of default, support, control and damage-per-second (DPS) abilities, all of which can be upgraded. You’ll have to choose how to allocate your ability points wisely, as you’ll use some abilities more than others. It’s probably best to channel your points into your default ability first, then your support and control abilities, leaving the DPS for later. 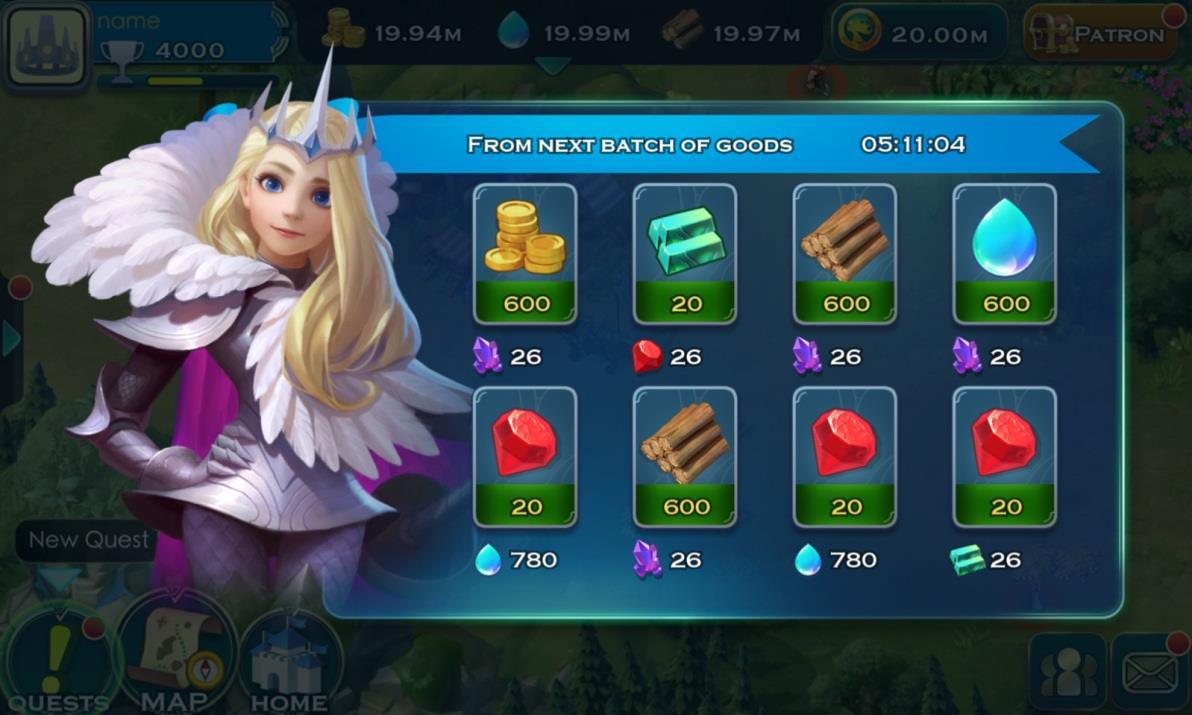 The people of Nore don’t care much for oil, nuclear fission or wind farms. Instead, they depend on gold, mana and wood to get by. You can find all three scattered across the map, or generate your own from the safety of your castle. Blood diamonds, crystal and mithril are rarer finds, which can only be found out and about, stashed in chests and in other players’ pockets.

Honor is a resource that allows you to swap race, recruit new units and build race-specific buildings. You can glean it from killing the local wildlife, or robbing fellow players.

Speaking of robbery, if you decide to move out of the capital in the hopes of forging an empire, you’ll be able to plunder other players’ warehouses and shipments of their resources. But you also open yourself up for the same thievery. Levelling up your warehouse gives you some protection against this. 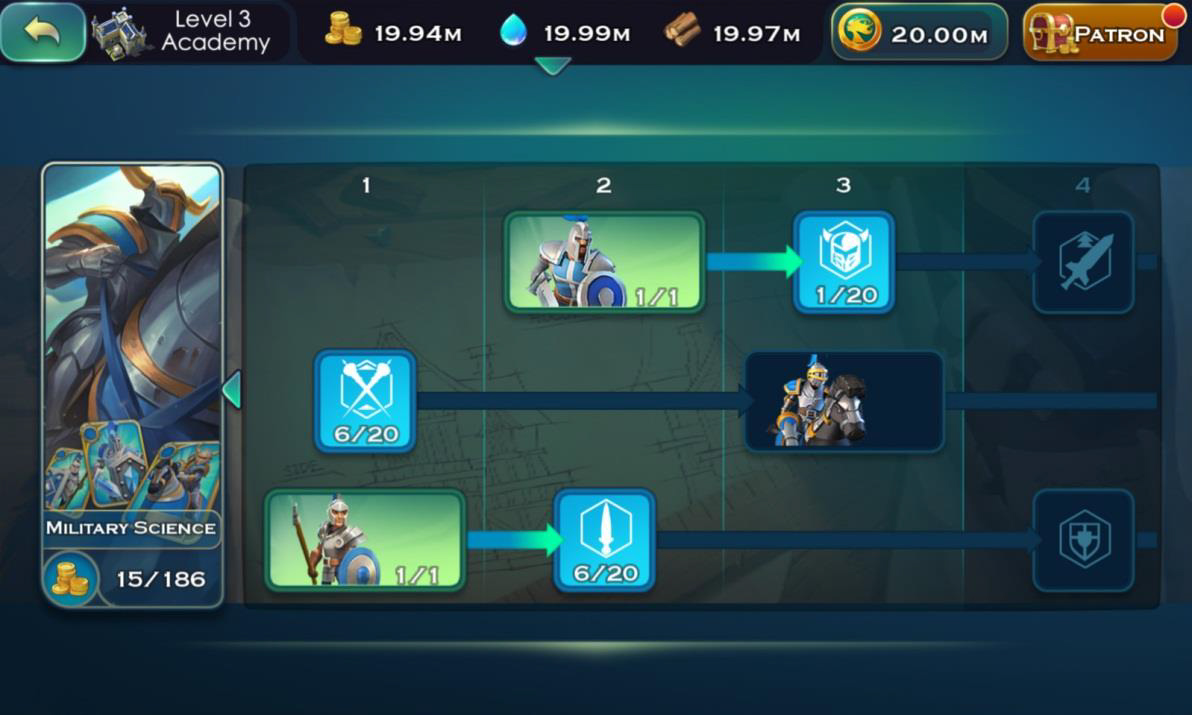 Upgrade your buildings and units

Resource collection is paramount in the beginning, but you can shift attention to spending resources on developing your buildings and units later. When it comes to units, focus on one type of technology – for example, improving your long-range tech gives a boost to Dwarven riflemen and tanks, archers and Lich mages.

If you decide to pay the hefty sum to swap race later on, your building levels won’t be downgraded. But your unit technology will be scuppered, so you’ll have to start upgrading it from scratch. 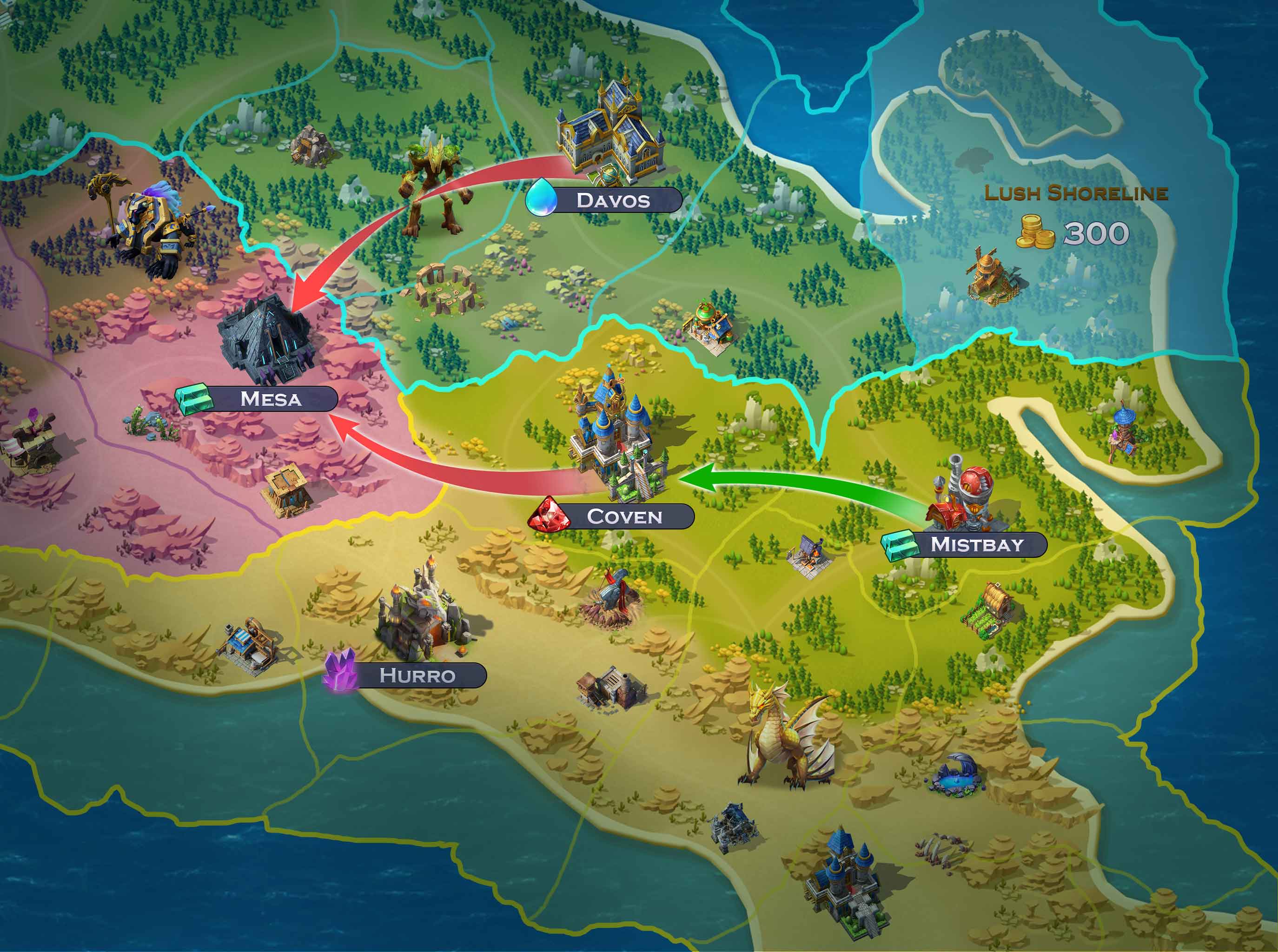 Sieges can be lengthy battles where you either protect your stronghold or try to take someone else's. Since most enemy castles will be protected by large stone walls, it's up to you to coordinate your attacks with your allies to maximise your chances of success.

Wherever a player runs into a player from a different kingdom they can choose to engage in real time PvP battles. When in a PvP attack, movement speed is slowed giving you greater control over when to activate your Hero-Skills.

This is not the only situation where you can enter a PvP battle. While on the road you may stumble upon resources like lumber mills. You can send these resources back to your kingdom via transport wagons. However these wagons are prone to attacks from other players, so it's wise to send guards with your resources. If your guarded convoy is attacked then you can chose to mount a defence, launching you into a PvP battle. 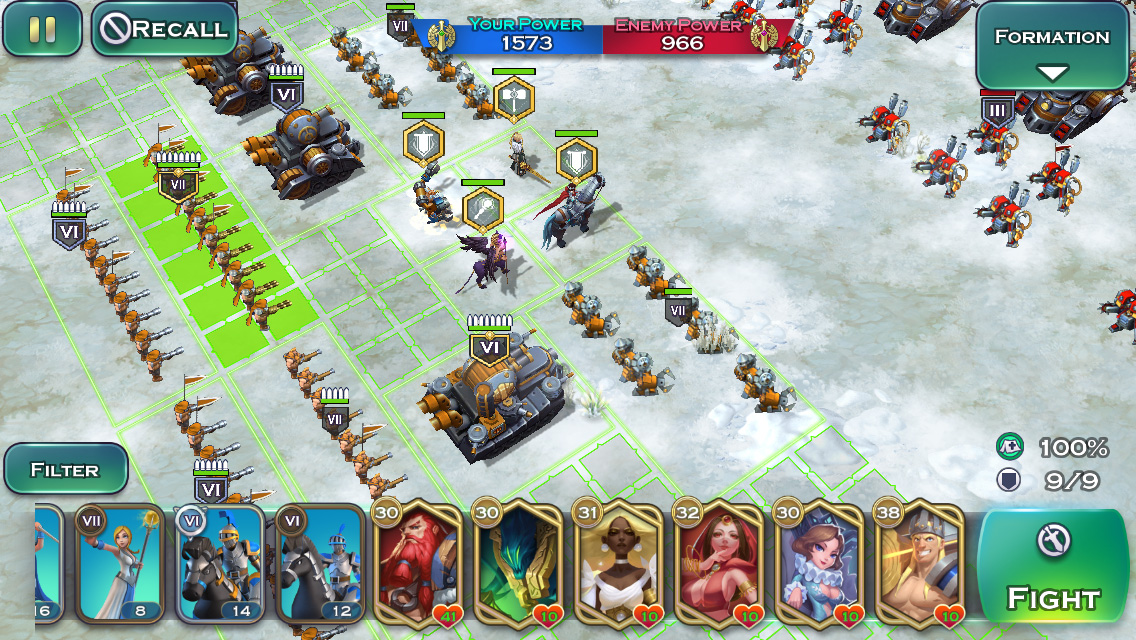 During battle, use your lowest level units for the frontline, since they’ll take the brunt of the attack and are more expendable (cruel, I know). Also make sure your frontline is dense with troops so you can sustain prolonged attacks.

Don’t forget attack range as a factor when deciding which units to place where. It probably isn’t the best idea to stick a load of infantry at the back and your archers up front, for example.

Co-operate with other players against mutual enemies to improve your chances of winning in PVP and taking over more territory. You can even troop swap, and send reinforcements to help allies out.

Play conservatively – don’t use all your units all the time just because you can. In the beginning, especially, losing units can slow your progress down, so better just to deploy those you need to win.

And that’s that. If you’re ready to join the strategic free-for-all in Art of Conquest and show off your newfound knowledge, you can download it now from Google Play and the App Store.