There are also some new outfits in the store

Following the announcement of the various one-year anniversary celebratory events yesterday, episode seven is now available in Yostar Limited's Arknights. It's called The Birth of Tragedy and its arrival coincides with new operators and numerous in-game rewards.

Episode 7 starts with Talulah's plan being exposed meaning there are a mere 32 hours left before Chernobog hits Lungmen. Players will need to step in and fight against Patriot and his Shieldguards to protect the city. Among Patriot's forces will be a unit that can strengthen the abilities of its allies, which players will want to focus on first.

As mentioned, there will be three new Arknight Operators added with the arrival of The Birth of Tragedy. The first will be 6-Star Sniper W, who will be a limited Operator. She is an AoE Sniper with her first Talent giving her high Physical or Arts Dodge after 10 seconds upon deployment, meaning enemies will likely ignore her. Her second talent, meanwhile, increases Physical damage to foes within her range that have been stunned. 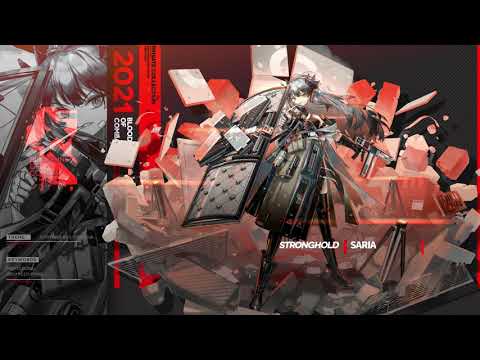 Elsewhere, 6-Star Specialist Weedy has a skill that increases her attack and pushes enemies away. Her second skill increases attack interval and ATK, while dealing AoE damage. The third Operator is 5-Star Vanguard Elysium who can reduce the DP cost of Snipers and increase their attack speed after his skills have been activated.

Finally, in the store, there will be two limited-time packs, outfits, and furniture available. Players will also be able to get a 10-roll Headhunting Permit and a “Top Operator Transfer Permit” from the Doctor’s Choice Pack. This will allow them to get one 6-Star Operator from a select pool

Looking for other tower defence games to play on your phone? Here are 25 of the best available for iPhone and iPad
Next Up :
Sociable Soccer 2020's latest update improves the AI of goalkeepers and the game's controls