From now until July 13th, Arknights is running a new limited event titled “Mansfield Break”, where players can participate in fresh challenges, complete stages, and score new Operators to fight the good fight. Set in a Colombian prison, the strategic RPG’s Mansfield Break event is a limited side story that lets players farm in-game currency and event tokens in order to redeem exclusive rewards like LMD, Furniture, and Robin’s Token.

The event will also introduce new Operators to Arknights. For instance, 6* Brawler Guard Mountain can lower an enemy’s attack as well as increase his own defense and Physical Dodge. He also possesses an ability that blocks enemies and restores his HP per second, albeit at the cost of his attack range and DEF stat. 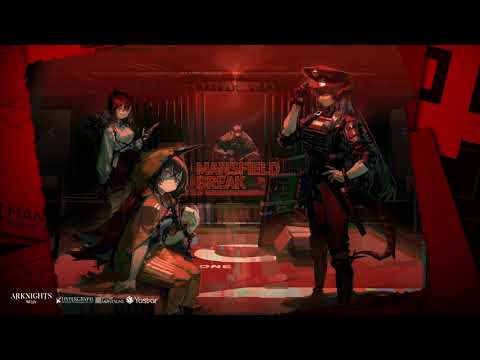 Meanwhile, 5* Kafka specializes in crowd control and can inflict sleep on all ground foes near her. Her support skills also include a fast Arts damage offensive on a target tile after deployment. Robin, on the other hand, is a 5* Trapper Specialist that sets traps triggered when an enemy walks on it. Her skill damages trapped foes while binding the target for a limited period of time.

And finally, Pinecone is a 4* Close-Range-AOE Sniper with a skill that deals damage while ignoring defense. Her second skill boosts her ATK stat while shortening her attack range in exchange for a limited attack bonus. Tons of extra goodies are also obtainable from the event exchange shop, such as new outfits, discounted skins, and a brand-new furniture set with a Mansfield Prison Cell theme.

Arknights is available to download on the App Store and on Google Play as a free-to-play game with in-app purchases. You can visit the official website to know more!

Looking for more anime-themed RPGs? Check out our list of the top 25 best JRPGs for iPhone and iPad (iOS)!

Arknights is hosting the new Stultifera Navis event, a sequel to last year's Under Tide side story