Today, Arena of Valor has announced an expansion to its existing esports setup and an entirely new format for its World Cup 2022 competition. Going forward, it will see Arena of Valor joining forces with another popular MOBA, Honor of Kings.

This competitive overhaul will debut in October 2022 and see players battling for a prize pool that is expected to exceed $8 million. The AWC will still have 16 group stage slots up for grabs, but throughout 2022 teams will have more opportunities to qualify. You can check out all the details for these changes in the video below.

But it's Arena of Valor and Honor of Kings joining forces that's the most interesting detail from this announcement. Since the intention is for teams from both titles to compete, they will seemingly use a new esports version of the game that includes a mixture of heroes from both. Presumably, this will require various balance adjustments before becoming available to esports players, but it's a fascinating crossover nontheless. 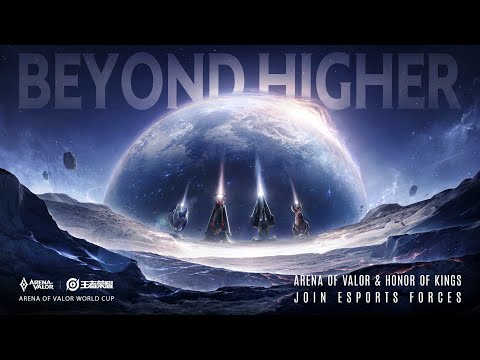 Discussing the partnership, Bernd Gottsmann, lead of the Global Esports Center at Tencent Games said: “As we hit five years of Arena of Valor esports, our expansion of the competitive ecosystem is an ambitious plan for the Arena of Valor World Cup 2022.

He added: “We are combining Arena of Valor and Honor of Kings for the first time and we look forward to sharing more details on how teams can qualify very soon. The Arena of Valor community and player base is so passionate, and that's why we wanted to create something that would truly take the competitive experience to a whole new level."

Arena of Valor is available now over on the App Store and Google Play. It is a free-to-play game with in-app purchases.

Looking for more multiplayer games to play on your phone? Here are 25 of the best available for iPhone and iPad
Next Up :
Final Gear, the strategic RPG, is now up for pre-registration ahead of a potential release in September