In a confusing turn of events, Tencent’s massively popular mobile MOBA Honor of Kings is getting a global release outside of mainland China, where it has been exclusive for a few years. The confusion stems from the fact that the already localized Arena of Valor is technically the westernized version of Honor of Kings.

What exactly this means is still honestly pretty unclear. Arena of Valor has been very successful across the rest of the globe and, as much as anyone can tell, has no stark differences from the original Honor of Kings it’s based on. This also strikes some confusion as it is unclear if Arena of Valor will be unsupported post the release of the localized Honor of Kings client, so there are a lot of questions that the announcement Tweet brings up. 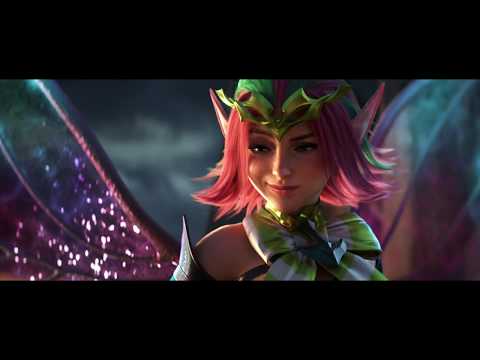 Hopefully, these clarifications will be made as more news comes. For now, all we have is the small tweet that announces the effort alongside the beta sign-ups that will be gradually announced starting next month. Beyond that, however, we don’t have much more news to work off regarding the release of Honor of Kings outside of China.

If you aren’t aware, Honor of Kings or Arena of Valor as it’s known outside of China is a massively popular 5v5 PvP arena battler that takes a lot of inspiration from games like League of Legends or Dota 2. Featuring a massive cast of unique characters and an absolutely huge fanbase, it has been one of the most popular multiplayer mobile titles ever made since its release back in 2015.

If you’re looking to try out Arena of Valor ahead of Honor of King’s release for the rest of the globe, you can download it for free on Google Play and the App Store.

Looking for another MOBA to fill the time? Check out our Top 13 for iOS!
Next Up :
War Commander: Rogue Assault introduces new Crimson Crown update, featuring new game modes, vehicles, and more