Rising Wings' Area-Z is a new zombie survival game, out now in early access on Android

Area-Z is a zombie survival game developed and published by Rising Wings. It is now available on Android in early access globally.

Rising Wings is a studio under the Krafton umbrella, the creator of PUBG Mobile. It's a South Korean Video game developer which has already provided popular titles such as Golf King, Mini Golf King and Castle Craft - World War. Area-Z is still under development, and there is a long way to go before it’s released.

Area-Z features a story where a foreign virus has caused an awful incident, and the Earth has reached a new dark age. Players will act as survivors and must join hands to defend themselves from infected ones who are continuously attacking them. 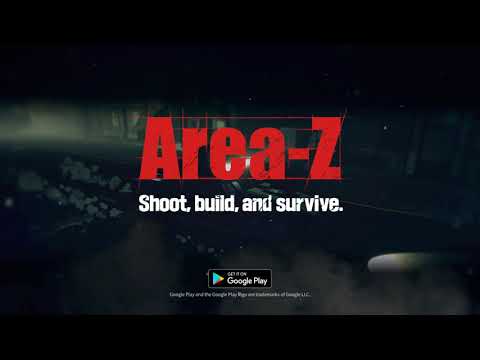 The early access version only features Episode 1 Restore New Year. It is set in New York City, obviously, and the year is 2031. The world has already been contaminated with the foreign virus which turned people into zombies. The few remaining survivors are struggling to get a remedy for this virus and renovate the world. The confidential military companies and the mercenaries will endeavour to kill the infected at all costs. Players also have to combat them.

Various modes are available, such as Survival, Defence, and Domination. You can take loot with survival articles during fights. You can use raided weapons to fight in different battles. You are going to have to fight tremendous, endless zombie surges in between the battles.

Area-Z is now available on Android in early access

Area-Z is a zombie survival action game that is now available on Android in early access worldwide. Interested players can download it from Google Play. There is no news about the iOS version yet. But the developers have confirmed that when it launches globally, it will be available on both Android and iOS. Also check out our list of the Top 57 best soft launch mobile games for iPhone, iPad or Android.
Next Up :
Pokemon Go's Hoenn Tour is taking place in Las Vegas, Nevada, in February 2023