Arcane Golf is a miniature golf game set in a fantasy world, out now on iOS and Android

Arcane Golf is a mini golf puzzler that’s set in a fantasy world filled with dungeons, dangers, gems and geometry. The golf gameplay is also physics-based, with simple but intuitive controls where all you need is a finger to tap and swipe the screen.

There are 200 levels overall, set in four unique courses that are inspired by classic adventure games and each have their own challenges. These levels include enchanted gems which instantly teleport the ball, and slimes which swallow it whole. To compensate for this, you constantly need to be changing things up if you want to beat the levels.

Check out the trailer for the game below. Take special note of the NES-style artwork that Arcane Golf uses, which should add a flair of nostalgia to the game. 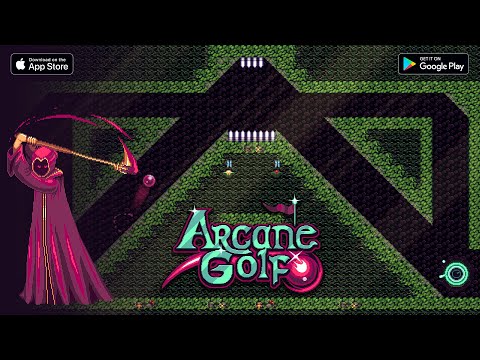 The levels are designed to test your aim, reflexes, and puzzle solving skills, and have dozens of creative obstacles. This includes traps, monsters, and magical objects with unique powers.

The idea behind Arcane Golf also sounds similar to the recently-released Dinkigolf, so if you're a fan of mini golf games then you've got some great recent choices to grab.

You can download Arcane Golf now from the iOS App Store and the Google Play for Android store. It is a paid title which costs $1.99.

If you are a fan of sports games, particularly those that are on mobile, be sure to check out our list of the best ones available on iOS.
Next Up :
Fortnite v21.20 update brings New Indiana Jones skin set, Charge SMG, and more